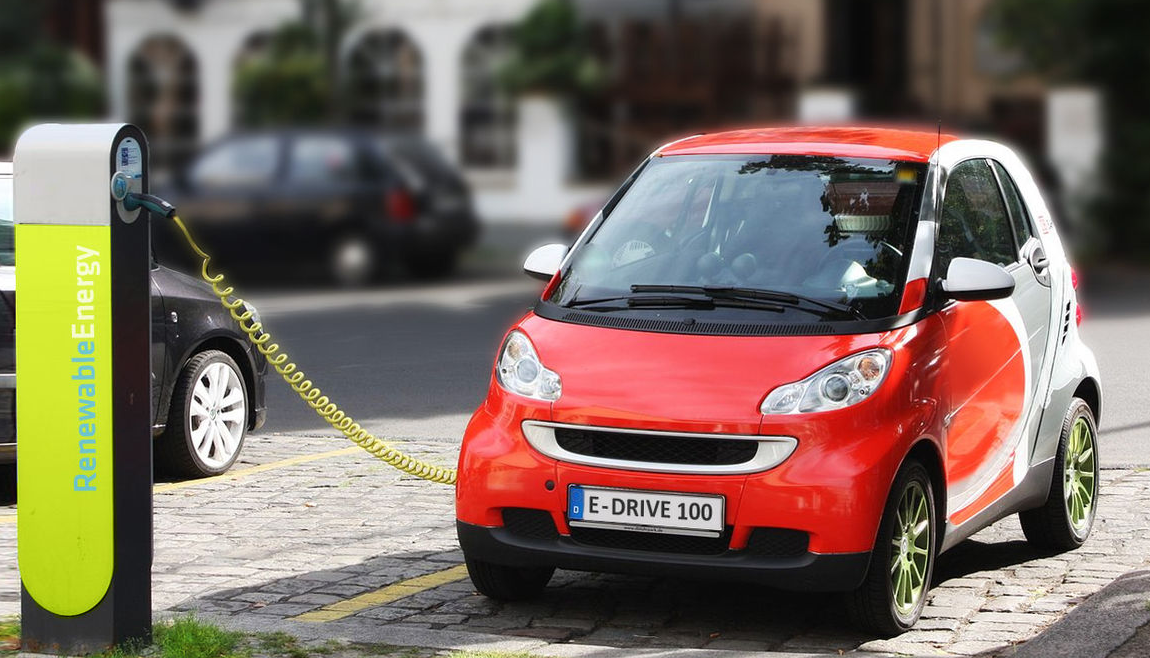 Hundreds of thousands of Americans, concerned about climate change and increasingly shocked at how much they’re paying at the pump for their gas, are voting with their feet and ditching their gas-guzzling vehicles and going electric.

Bloomberg is reporting that the U.S. has now crossed the so-called “tipping point” needed to reach mass adoption for electric vehicles.

The so-called tipping point is when a technology shifts rapidly from when it is slightly unusual to have something, to it then gathering rapid momentum so quickly that soon nearly everyone owns the technology. So much so that it becomes unusual not to have one.

This is known in tech circles as the S-Curve of adoption. Think back to the smart phone, says Bloomberg. Within a decade smartphones went from being a novelty item to completely mainstream. The same thing is happening with electric vehicles, which are beginning their “society-altering shift.”

In the U.S., new electric vehicle sales have hit the magic five percent figure. “This threshold signals the start of mass EV adoption, the period when technological preferences rapidly flip,” argues Bloomberg. Five percent “seems to be the point when early adopters are overtaken by mainstream demand.”

So far, 19 countries have reached the five percent threshold. And many have followed a similar pattern of adoption, as consumers overcome the same problems: there aren’t enough public charging points, the cars are initially prohibitively expensive, and the supply is limited and buyers do not know much about them.

As Bloomberg outlines: “Thus the adoption curve followed by South Korea starting in 2021 ends up looking a lot like the one taken by China in 2018, which is similar to Norway after its first 5% quarter in 2013. The next major car markets approaching the tipping point this year include Canada, Australia, and Spain.”

And now it’s the turn of the U.S. And this is the staggering part: If the U.S. follows the trend of the other countries, then a quarter of new car sales could be electric by the end of 2025. The growth of electric vehicles is about to go exponential.

If the US follows the trend established by 18 countries that came before it, 25% of new car sales could be electric by the end of 2025, according to a Bloomberg analysis of adoption rates around the world.

That would be a year or two ahead of most major forecasts pic.twitter.com/rxzMDHpzrd

And after the U.S., other countries will follow. Sales of electric vehicles have tripled in the last two years. So far, 90 percent of the electric vehicle sales are in the U.S., China and Europe, meaning there is a vast potential in Latin America, Africa, and Southeast Asia.

But there may be other challenges to overcome. There are serious ecological and human rights questions about the mining of key minerals for vehicles, especially in countries such as the Democratic Republic of the Congo. (DRC)

Commentating on the cobalt and copper mines in the DRC, Mark Dummett, Head of Business, Security and Human Rights at Amnesty International has said: “When we first went into mines in 2015 we saw how men, women and children were working without even the most basic protective equipment such as gloves and face masks, and miners told us about health conditions they experienced, including coughing, pain in their lungs and urinary tract infections.”

Dummett added that “in one village we visited, people showed us how the water in the local stream that they drank that they said was contaminated by the discharge of waste from a mineral processing plant.”

If there is an explosion of global growth, these problems will be exacerbated without radical reform of the supply chain for electric vehicles. And if mining companies are struggling to keep up with demand, standards in the mines would likely plummet.

Another major stumbling block is the number of chargers. Both America and Europe desperately need more chargers for drivers to overcome “range anxiety.”

As the CleanTechnica website points out: “The core point isn’t that the Netherlands is truly overflowing with EV charging stations. The point is that most of Europe is lagging behind what’s needed to support strong EV growth.”

One study has predicted that nearly 7 million more charging points will be needed in Europe by 2030 to reach the EU’s target of a 55% reduction of CO2 emissions from cars. Meanwhile, earlier this year the U.S. had almost 113,600 charging points, with over a third of those in California, so millions more will be needed to satisfy demand.

But the days of the internal combustion engine are numbered with electric vehicles set to become the norm in the coming years. Even the leading oil company, Exxon Mobil, which has funded climate denial groups for decades, thinks that by 2040, every new passenger car sold in the world will be electric.

Unbelievably though speaking last month, Exxon CEO, Darron Woods said that the coming electric vehicle revolution “would not make or break this business.” He seemed completely in denial about how much trouble Exxon could be in with the coming renewable energy revolution. No surprises there, I suppose.