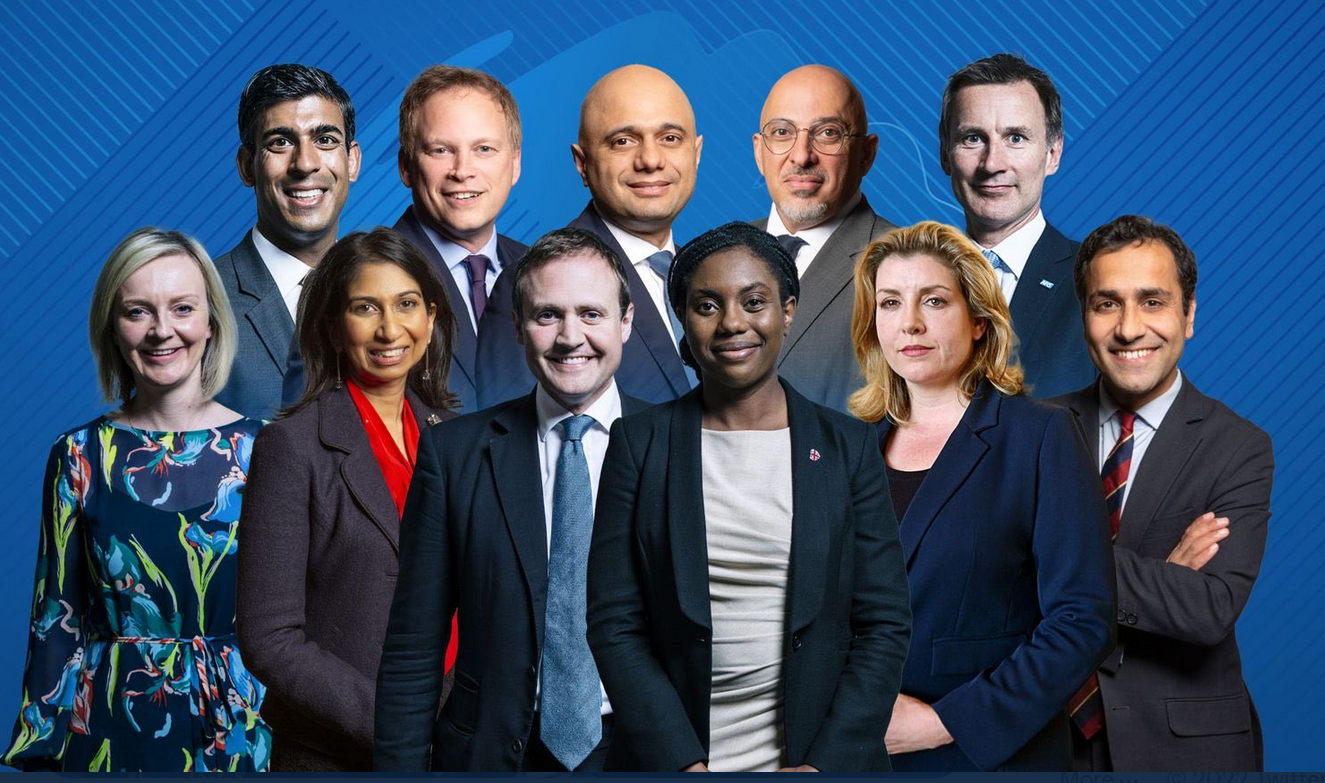 Many parts of the world are experiencing record extreme heat right now. And now it’s the UK’s turn.

Earlier today, the country’s official weather forecasters, the Met Office extended an “amber extreme” heat warning, as temperatures look set to rocket later this week and early next week too.

The country could see temperatures in the high thirties degrees or even into the low forties. The temperatures could lead to serious illness or death. Records look set to be broken.

The experts are also warning that this extreme heat is climate change in action. Dr. Mark McCarthy, from the Met Office said “there is already a strongly-embedded warming due to climate change across the continent, that is increasing the likelihood of challenging the existing UK temperature record.”

As the temperatures rise day by day, the Conservative Party are voting on who they want for a new leader after incumbent Prime Minister Boris Johnson stepped down last week, after a string of political scandals.

The UK may be in the midst of a gripping heat wave, reflecting our climate emergency, but this seems to have little influence on the politicians plotting to become the next Prime Minister. Many people and scientists believe that responding to our climate crisis is the biggest political issue of our time. We are literally running out of time if we want to cut emissions and have a livable future.

There are deeply worrying signs that the candidates literally do not care about the issue, despite the baking temperatures outside. Johnson’s long-time friend and Climate Minister, Zac Goldsmith, who he elevated to the House of Lords and is also the ex-editor of the Ecologist magazine, tweeted last week:

No it obviously does not mean that. It means most of the likely contenders are people who, on the whole, couldn’t give a shit about climate and nature https://t.co/P4d5JCu9h3

At the weekend, Goldsmith co-wrote an article arguing that “Tory leadership hopefuls must recognise that environmental protection is popular with the public”, adding that “Energy insecurity and the consequent doubling of our energy bills is directly linked to our continued dependence on fossil fuels, a dependence which is also destabilising the climate.”

There are small crumbs of hope. Two ex-Health Secretaries who are both standing to be leader, Jeremy Hunt and Sajid Javid, are said to be lukewarm green, with the later saying he has “gone on a journey” when it comes to climate and biodiversity.

Others are moderately hostile to any climate action. One of the front runners, the ex-Chancellor, Rishi Sunak, was accused by the Guardian of being “at war with No 10 over net zero, kiboshing nearly every policy – from insulation to renewable energy – that could boost the UK’s climate fight.”

Liz Truss, the current Foreign Secretary and another frontrunner was nowhere to be seen at the COP26 UN climate summit in Glasgow last November, which the UK hosted. She does not mention climate or the need for net-zero targets in speeches.

Finally, there are the those who are deemed active climate deniers. Suella Braverman, the current Attorney General, has cracked down on climate activists, including issuing injunctions against those raising awareness about the need to increase energy efficiency and insulation. Additionally, Kemi Badenoch too has come out publicly against the Government’s “net zero” policies. Braverman has secured backing from the founder of the Net Zero Scrutiny Group of MPs, which is a leading climate denial group.

And today, Badenoch has bizzarely called trying to achieve net zero as “unilateral economic disarmament.” Those are the words of a true blue climate denier.

Conservative leadership candidate @KemiBadenoch calls net-zero "unilateral economic disarmament", which is strange because 136 countries accounting for 91% of global GDP have committed to the same target pic.twitter.com/VOWZEsi018

Leading commentators are rightly worried that we are going to see what little progress has been made under the current Prime Minister Boris Johnson be dismantled. Prominent Tory MPs are said to have been “plotting for months” to persuade any possible replacement for Boris Johnson to ditch climate commitments in favor of expanding the use of fossil fuels.

James Murray from the influential Business Green website has outlined how “the Conservative Party leadership race is fuelling fears the government could dilute its decarbonisation efforts.”

Speaking to the right wing Telegraph newspaper, “Badenoch said it was ‘wrong of us’ to set a net zero target “without having a clear plan of the cost and knowing what it would entail, before adding “there is a better way of going about these things.”

This is the new denial: first they denied the science. Then they delayed action. And now they say it’s too expensive or there are better ways. As Murray outlines, “full blown climate scepticism is no longer much of a vote winner, even amongst the Tory Party’s ageing membership. As such, we’ll hear more about the ‘better ways’ of tackling climate change that somewhat bizarrely do not involve pursuing net zero emissions.”

Nevertheless, Conservatives hopefuls are out of touch with the majority of the British electorate who want climate action now.

A poll last year found that climate change and pollution are now the second-biggest concerns for Britons.

That is why Goldsmith and his co-author warned the Conservative Party that it would be “digging our electoral grave” if it scraps its climate commitments.

But leadership hopefuls could not even be bothered to turn up to a briefing on climate change by the UK’s Government’s Chief scientific advisor yesterday. Although 70 MPs and Lords did, none of the candidates attended. The briefing was organized after a climate activist staged a 37-day hunger strike outside parliament, calling for the information to be given to all MPs.

And all of the leading contenders to be British Prime Minister are uninformed about our climate emergency and totally out of touch with the wishes of the electorate. And that cannot be good news as one of those to attend the meeting pointed out on Twitter:

I went to this and it was both fascinating and frightening. I’m sad that none of the hopefuls wanting to be our PM attended. Mind you, at this stage I’m half expecting them all to tear up our commitment to net zero so it also didn’t surprise me. https://t.co/lGr88g2Wiv