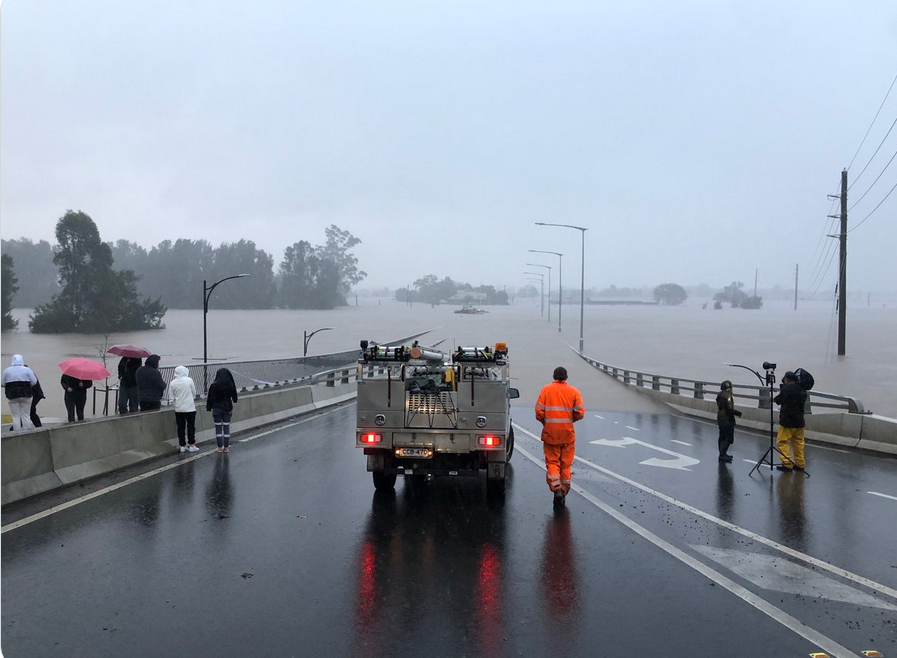 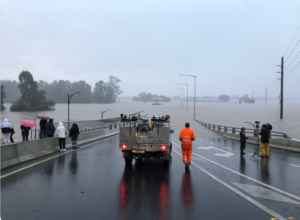 “Do not assume you will be safe tonight” warned the Australian authorities yesterday to thousands of residents of the country’s largest city, Sydney, which is yet again experiencing catastrophic flooding.

Already one person has died, with some 50,000 on evacuation notice with rising flood waters. There are some one hundred evacuation orders in place.

This is the third time the city has been flooded in eighteen months, whilst the wider east coast region has experienced four major floods. Sydney is in the midst of its wettest year to date with almost 1,700mm or rainfall so far in 2022.

And the current flooding could be the worst of them all. “The latest information we have is that there’s a very good chance that the flooding will be worse than any of the other three floods that those areas had in the last 18 months,” Emergency Management Minister, Murray Watt said yesterday.

Some 350 mm of rain has fallen in a matter of days in some areas. Other areas received even more rain:

Wow. A rain gauge near Brogers Creek in the Kangaroo Valley, NSW just received 868mm of rain during the 78 hours ending at 3pm on Monday. This is more rain than Melbourne, Canberra, Adelaide, Hobart or Perth typically receive in an entire year. pic.twitter.com/mjkcxw5bkf

But crucially, the authorities are warning that this time the flooding is set to hit areas that have previously escaped. Over the weekend the New South Wales authorities issued dozens of new evacuation orders, as heavy rain continued to lash a 500 kilometer stretch of coast line. They warned of “life-threatening conditions”.

The Minister for Emergency Services, Steph Cooke, said: “If you were safe in 2021, do not assume you will be safe tonight. This is a rapidly evolving situation and we could very well see areas impacted that have never experienced flooding before.”

He added: “We are currently facing a number of dangers including riverine flooding, flash flooding, coastal erosion and landslips.” The local Windsor bridge, which is meant to be unfloodable, was under water again.

Local residents are in despair. For some residents, they had only just finished cleaning up from the last flooding which hit the country in March, killing 20 people.

One local told ABC News that the flooding was devastating for a region that saw a record flood just three months ago and another in March 2021.”This is another blow. People are already talking about leaving so that they don’t have to go through this again,” she said. “We have had so many of these floods. I know people who had just moved back into their homes after repairing them.”

Repeated flooding was “taking a toll” on community southwest of Sydney, said one local Mayor: “It’s just devastating. They just keep on saying ‘devastating, not again.’”

We seem to be entering a new era of climate-related flooding which is repeating itself every few months.

Just over a year ago I was in the same spot in Windsor southwest of #Sydney reporting on major flooding. This is the 3rd devastating flood in 18 months. Some have just finished cleaning up properties after the March deluge. Now they have to do it again.. #sydneyfloods #floods https://t.co/cQDT8qQTqk

Many had hoped the end of the La Niña would also bring an end to the endless wet weather. But climate models suggest the rain currently drenching Sydney will continue throughout the winter and possibly into next summer.

Experts, commentators, and officials are warning that this is climate change in action. Earlier today CNN ran with the headline: “Sydney is flooded, again, as climate crisis becomes new normal for Australia’s most populous state.”

Greg Mullins, the state’s former Fire and Rescue Commissioner, said the backdrop to La Niña, El Niño and the string of recent floods was climate change. “We have to adapt to climate change as best we can and it’s going to be very expensive because we’ve undercooked emergency service funding and recovery,” he said.

He added: “A good place to start is to stop paying subsidies to the fossil fuel industry.”