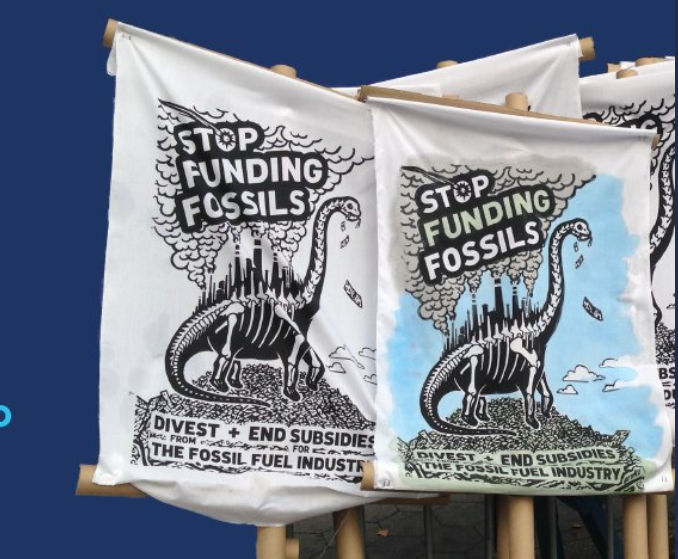 With hundreds of millions of people across the word suffering from the fallout of higher energy prices and a cost of living crisis caused by Russia’s deadly war on Ukraine, this week’s G7 summit was the perfect opportunity for the world’s most powerful politicians to show clear, compelling leadership.

As Big Oil acts as a racketeering cartel reaping billions in profits, the G7 could have helped both consumers and our climate emergency by announcing massive reductions in fossil fuel financing, with a concurrent huge expansion in funding for renewables and energy efficiency measures.

But as so often as in the past, the politicians failed us. Even as people struggle to feed their families or heat their homes, in their hour of need, they were failed. Behind the flashy smiles at a glitzy resort in Bavaria, lay a litany of broken, empty promises.

The G7 leaders were accused of “backsliding” on climate goals after they watered down key pledges to halt fossil fuel investment. In its final communique, the G7 said investment in liquefied natural gas (LNG) was a “necessary response to the current crisis.” It added, “in these exceptional circumstances, publicly-supported investment in the gas sector can be appropriate as a temporary response.”

This about-face was supposedly done over fears of energy security caused by the Ukraine war. But as I have said before, the answer to a war fueled by fossil fuels is not to drill for more fossil fuels. As my colleague Laurie tweeted:

Yesterday the G7 weakened their #StopFundingFossils commitment, using the energy crisis as an excuse to open the door for public ? for new fossil gas – let’s be clear: ? fossil gas doesn't support energy security.

Let’s unpack what happened & what it means ? pic.twitter.com/JP11PYGZcH

We have known for decades that the solution to our climate crisis is to transition away from fossil fuels as quickly as possible. We have known this, but we still pour billions into fossil fuels and its infrastructure, much to the continuing dismay of scientists and climate leaders:

Fossil fuels are not the answer.

Today, colleagues from the International Institute for Sustainable Development (IISD), OCI, and Tearfund warn that time is running out for countries to implement a key climate pledge made at COP26 in Glasgow.

In the report, the three groups argue that the countries that signed the COP26 Statement on International Public Support for the Clean Energy Transition, known as the Glasgow Statement, need to urgently step up their commitments. The statement requires signatories to end new direct overseas support for fossil fuels by the end of this year.

But six months in and hardly surprisingly, only a handful of signatories have published new or updated policies that turn these pledges into action.

The research also reveals that if the Glasgow Statement signatories’ fully redirected the USD 28 billion they spend a year in overseas public finance for oil and gas, they would more than double their international clean energy finance, from USD 18 billion a year to USD 46 billion.

Paul Cook, from Tearfund, said, “for people in poverty around the world, how this USD 28 billion in energy finance is spent could mean the difference between life and death. Either the money goes to dirty fossil fuels and contributes to more drought and flooding, or it ushers in a clean energy transition and a safer, brighter future. Communities on the frontline of the climate crisis can’t afford any more delays.”

We have the solutions to usher in a clean energy transition too, we just need the political will to enact those solutions. A new academic article, published by the journal Energy and Environmental Science from the UK Royal Society of Chemistry outlines a clear roadmap of how this could be achieved.

The scientists outline how 145 countries could address climate change, energy insecurity, and air pollution by a 100% transition to renewable energy, energy efficiency, and clean energy storage “ideally by 2035, but by no later than 2050, with at least 80% by 2030.” This can be done by avoiding blackouts and implemented relatively cheaply.

Their analysis undermines a critical argument of the fossil fuel industry, that we need more energy to meet demand, arguing that we “can exactly match demand with 100% renewables” as a complete renewable energy transition reduces energy by 56.4%.

They argue that the cost of this is a huge USD $61.5 trillion. Before you baulk at that figure, the academics argue the “payback times of the capital cost due to energy- and social-cost savings are 5.5 and 0.8 years, respectively.” If you consider that weather and climate related disasters are currently costing us at least USD 520 billion each year, with a worsening human and ecological impact, this makes economic sense and could be paid for in six years.

Meanwhile nearly 30 million long-term, full time jobs would be created. And we already have the technologies to implement this plan. There is no need for new “miracle” technologies for the future. “Ninety-five percent of the technologies needed to implement the plans proposed are already commercial,” argue the scientists. Interestingly, the report concludes that natural gas, CCS, blue hydrogen, or nuclear are not needed. They are false solutions.

Mark Z. Jacobson is a Professor of Civil and Environmental Engineering at Stanford University, whose research team undertook the work. Writing in the Hill, he outlined how “it’s important to note that we did not include technologies that did not address air pollution, global warming and energy security together.”

He continued, “it did not include bioenergy, natural gas, fossil fuels or bioenergy with carbon dioxide capture, direct air capture of carbon dioxide, blue hydrogen or nuclear power. We concluded that these technologies are not needed and provide less benefit than those we included.”

Both reports are saying the same thing, that we need to rapidly increase the transition into renewables. Gas is not needed for that transition. New fossil fuel production is not the answer to our energy crisis. Someone should tell the G7 that too.