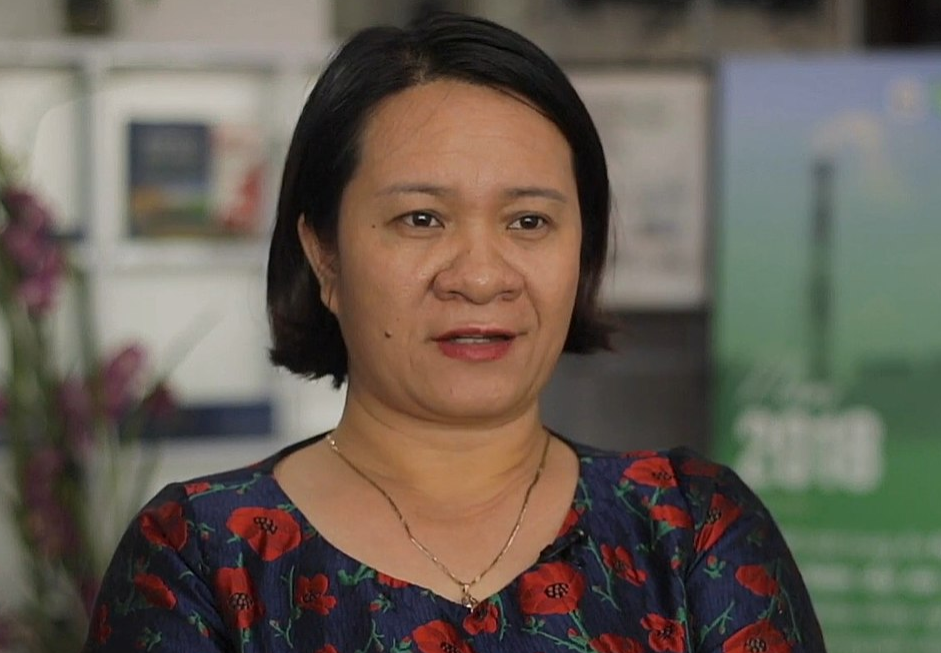 They call her a soft spoken national hero in the country’s fight against dirty coal and for clean renewables.

Nguy Thi Khanh is also one of the world’s leading environmental activists and the first ever recipient from Vietnam of the prestigious Goldman Environmental Prize.

But her empowering, unwavering activism over several decades, which has won her plaudits from across the globe has now come at a personal price.

Earlier this month, Nguy Thi Khanh was sentenced to prison on trumped up tax evasion charges, which have widely been condemned as an attempt to silence Vietnam’s most influential environmental activist. Her arrest is the latest in a string of efforts to repress activists in Vietnam.

Khanh’s detention has been met with demands from environmentalists and governments calling for her and her fellow activists to be released. Today, OCI is joining that call. We are demanding the immediate release of Nguy Thi Khanh and other environmental activists in Vietnam.

Our message to the government of Vietnam is that you cannot jail leading activists and claim to be a climate leader. You will never silence influential voices who speak out against the dirty fossil fuel business. The more you imprison people, the more you empower others.

Khanh’s whole life has been fighting against fossil fuels. She was born in Bac Giang, under the dirty dark shadow of a nearby thermal power plant, whose belching, billowing smoke she believed was responsible for the local cancers.

A decade ago, when the Vietnamese Government announced a development plan which included generating some 75,000 MW of electricity from coal, Khanh set up Green Innovation and Development Center (GreenID) to articulate a different, cleaner vision for the country, one based on renewables and not fossil fuels. She has been driving the implementation of the country’s one million solar rooftop homes program and started the Vietnam Sustainable Energy Alliance.

Five years later, the government announced that it intended to incorporate GreenID’s recommendation on renewable energy, while reducing the number of proposed new coal power plants. Khanh had managed to persuade the authorities to remove a whopping 20,000 MW of coal power from the national plan. The move was seen as a massive vindication for Khanh, who stands out as a strong female voice in an often male dominated political power structure.

In 2018, she become the first Vietnamese to win the prestigious Goldman Environmental Prize. Two years later, she publicly acknowledged her activism came with risks. “When we got global recognition, vested interest groups recognised who their enemy is, and they are very powerful,” she said.

Julien Vincent, Executive Director of Market Forces, a grassroots group trying to stop the finance of coal in Australia and fossil fuels globally, and himself a Goldman Prize winner, told the New York Times that “the police or government agencies are never too far away.”

“They are always following them,” Vincent told the paper. “She’s said that was part of daily life.”

And so it seems her worries came true. The evidence points to the Vietnamese government being worried that Khanh was becoming too powerful, a bright, inspirational flame that had to be snuffed out. She was arrested back in February “on a tax evasion accusation.” Her office and home were raided. Documents and computers were seized.

It seems the tax-related charges are the de facto trumped up charges of choice for the Vietnamese authorities to stamp out voices they do not like. Khanh’s arrest fits a wider pattern of increasing intimidation against activists in Vietnam and internationally.

Earlier this year, another prominent civil society leader, Dang Dinh Bach, from the Law and Policy of Sustainable Development Research Center, was sentenced to five years in prison for tax evasion. Meanwhile journalist, Mai Phan Loi, the Head of the Center for Media in Educating Community, has also received a four-year prison term for tax fraud.

Another leading activist, Bach Hung Duong, was also sentenced to two years in prison. According to the Diplomat website, “all had spoken out against the Vietnamese government’s coal policies.”

Khanh’s imprisonment has led to a growing cacophony of calls for her and her fellow activists’ release. Michael Sutton, the Goldman Environmental Prize Executive Director, said “we believe that the legal charges levelled against her are part of a wider effort to silence environmental leaders in Vietnam.”

Tasneem Essop, the Executive Director of Climate Action Network said, “the repression, harassment and targeting of environmental defenders and civil society leaders is a dangerous trend across the world and highlights the enormous risks so many activists continue to take to simply do their work to protect people and the planet.”

Essop added, “we call for the immediate release of Nguy Thi Khanh and all other civil society activists recently targeted by the Vietnamese authorities. We are closely watching the situation, not only in Vietnam, but also elsewhere in the world. We stand in solidarity with all those fighting for a better, safer and just future. An injury to one is an injury to all.”

The U.S. State Department has also publicly stated its deep concern, adding “the United States calls on the Government of Vietnam to release Khanh, who has been recognized internationally for her work to advance climate change and sustainable energy issues in Vietnam, as well as other detained environmental activists working for the benefit of Vietnam and its people.“

The Observatory for the Protection of Human Rights Defenders has also expressed “its deepest concern about the Vietnamese authorities’ use of legal harassment, especially the use of tax-related charges against environmental activists, as a strategy to criminalise them.”

It has called for the immediate unconditionally release of Khanh, and all the civil society activists in prison “as their detention is arbitrary and merely aimed at punishing them for their human rights activities.”

Susanne Wong, Asia Program Manager for OCI, added, “we need G7 leaders to use their influence to protect the rapidly shrinking civil society space in Vietnam. They should ensure that just transition packages with the Vietnamese government include provisions to protect civil society engagement in climate discussions and to guard against the use of administrative laws to silence activists.”