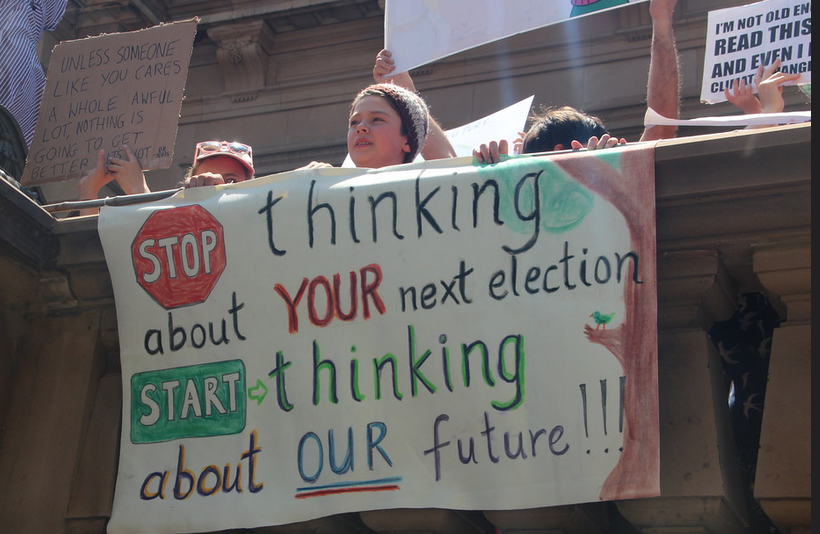 Yesterday, Australia’s liberal Labor Party secured enough seats to hold an outright majority in the House, as the counting of votes continued ten days on from the historic election.

With about 80% of the vote counted, the Australian Broadcasting Corp projected that Labor will win at least 77 of the 150 House seats, the minimum required to form a majority government.

The outright majority means that the country’s new Prime Minister, Anthony Albanese, will be able to govern alone, though their government will need help in the Senate from other liberals to command a majority.

The fact that Albanese has secured an outright majority means the pressure will build to take decisive action on climate. Political commentators had noted that if the new Prime Minister had been forced into a coalition with the Greens, they would have been pressuring him for bolder climate policies. So without the Greens in power, it remains to be seen how bold Albanese will go. To raise the bar is not difficut. For years, Australia has been a climate villain on the world stage with politics intertwined with the interests of the powerful fossil fuel industry.

Writer Naomi Klein once stated that “in Canada, I can’t tell where the oil industry ends and the government begins and in Australia the same is true when it comes to coal.”

Ex-Prime Minister, Scott Morrison was largely ridiculed when he once brought a lump of coal into parliament saying: ‘This is coal, don’t be afraid.” Morrison’s government was such a climate laggard it was awarded the “colossal fossil” award at the COP26 climate talks last year.

There is no doubt that after years led by climate deniers and skeptics, the issue of climate change proved a “key concern for voters.” The election result was called a “greenslide.”

Experts were unanimous that desire for climate action had been a key factor. The result was a “resounding statement from the Australian public that they think that climate change needs to be taken much more seriously,” said Mark Howden at the Australian National University in Canberra.

The British Medical Journal noted the “election signals the beginning of a seismic shift where voters are making their preferences for climate action clear.”

As my old colleague, Blair Palese, writing for Climate and Capital Media so clearly articulated after so many pro-climate women had won in the election, “the election sent the world a clear message: Ignore climate change and women at your peril.”

There was good news yesterday about how many women were named in Albanese’s Cabinet:

Hard to believe just 8yrs ago PM @HonTonyAbbott had ONE woman in his cabinet & he was Minister For Women.

When I asked him his greatest achievement on women’s issues at the time? “Getting rid of the carbon tax.”

There was also good news on the environment portfolios so far:

It’s a good sign that @AlboMP has to put two of Labor’s most senior and experienced cabinet members into the two environment portfolios.

Imagine – seriousness from government in the face of impending existential threat. #auspol

So the climate deniers are history. And there are refreshing signals so far on gender equality and climate. Change was long overdue. As Blair continued, “It was an extraordinary shift away from the sitting conservative government coalition born out deep frustration, fear and anger at years of refusing to even acknowledge climate change, let alone address it. This despite some of the worst fires and floods the world has ever seen.”

So the world will now be watching. As Blair states: “It’s a chance for Australia to step up and rejoin the world in setting real emissions reduction targets and transitioning from fossils.”

But the question remains, says Blair, as to whether the new Labor government will seize the opportunity “to deliver the kind of real climate policy the voting public just demanded.”

So far, Albanese has pledged to deliver a “big shift in climate policy” and to make the country a “renewable energy superpower.”

Albanese told the media: “We have an opportunity now to end the climate wars in Australia. Australian businesses know that good action on climate change is good for jobs and good for our economy, and I want to join the global effort.”

This global effort means phasing out fossils fuels. And this is where there are still worrying signs. The BBC reports that Albanese “has so far refused calls to phase out coal use or to block the opening of new coal mines.” But it is worse than that. Labor may not be phasing out coal, but it also still supporting new coal and gas developments. Last month, the Sydney Morning Herald reported that “Labor has committed to supporting new projects across the country’s multibillion-dollar coal and gas industries”.

According to Richie Merzian, the Climate & Energy program director at the Australia Institute based in Canberra, “Australia remains the third largest exporter of fossil fuels and there are a staggering 114 new gas and coal mining projects in the pipeline.” Combined, this could add over 1.5 billion tonnes of emissions, much of which will be burnt overseas.

The world’s scientists have said that we cannot open new coal mines or oil and gas fields if we want a livable future. The world will be watching Albanese’s actions.