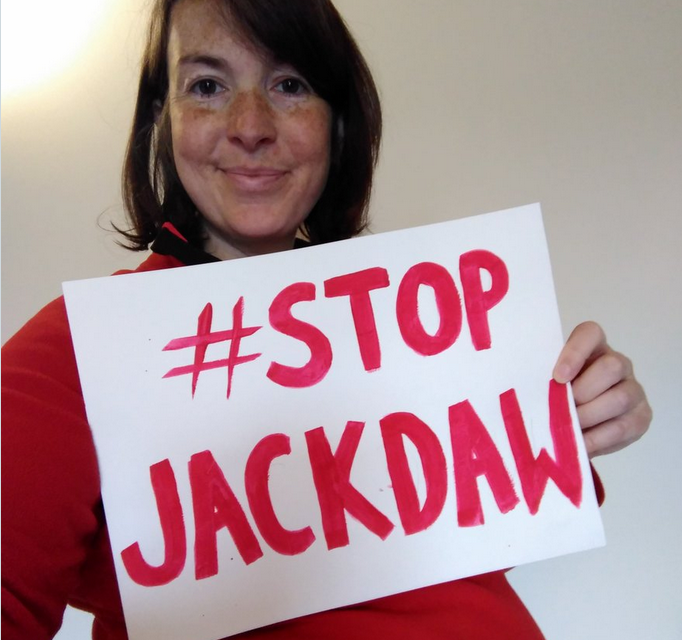 We may be some six months after the Glasgow COP26 climate conference, but as hosts the UK Government formally retains the Presidency until November this year.

As the COP President, the UK is expected to lead the international efforts to tackle climate change for a whole year.

Unfortunately, this is not happening and today is the day that climate activists are calling out the government over its climate hypocracy. There is a digital day of action to stop the proposed Jackdaw oil and gas field in the North Sea.

The day of action comes just days after a conference last weekend, six months since COP26. The UK Minister who hosted the COP26 Summit, Alok Sharma, spoke at the conference. He warned world leaders that failure to honor commitments made at COP26 would be an “act of monstrous self-harm.”

He added that the current crisis caused by the war in Ukraine “should increase, not diminish, our determination to deliver on what we agreed here at COP26.”

Sharma’s speech also highlighted the devastation caused by extreme weather conditions around the world, including ongoing heatwaves in India and Pakistan, where a billion people have been exposed to extreme heat of almost 50 degrees Celsius.

New scientific evidence from the UK’s Met Office, released this week has concluded that climate has made the odds of a record-breaking heatwave hitting northwestern India and Pakistan 100 times more likely to happen.

Dr. Nikos Christidis, from the Met Office which produced the study, said: “Spells of heat have always been a feature of the region’s pre-monsoon climate during April and May. However, our study shows that climate change is driving the heat intensity of these spells making record-breaking temperatures 100 times more likely. By the end of the century increasing climate change is likely to drive temperatures of these values on average every year.”

Yesterday, the day after British scientists warned about how climate change was driving extreme heat, and days after a British Minister warned that Governments need to do more to tackle our climate emergency, we found out the extent to which the UK Government is just carrying on drilling. It is commiting an act of climate self-harm.

The Guardian newspaper reported the results of a new analysis which found that several major UK fossil fuel projects have been approved since COP26 adding that “50 schemes are thought to be in the pipeline between now and 2025.”

“In just six months the UK has gone from touting itself as a climate leader to championing fossil fuels, the very thing that is driving the climate emergency,” said Tessa Khan, director of Uplift told the Guardian.

Shout and scream all you like, but I’m not going to put Britain’s energy security at risk by shutting off domestic oil and gas production.

We will need oil and gas for decades to come. Either we source more of what we need from the North Sea, or import more from abroad. https://t.co/LvnnaBybny

But this pro-fossil fuel ideology is not going unchallenged. A whole swath of youth climate activists, along with groups like Uplift UK, are determined to stop new oil and gas development in the North Sea.

One of the proposed new fields in the North Sea is called the Jackdaw field. Earlier this month, Shell asked the UK Government to “unblock” Jackdaw, which is one of the largest fields left in the North Sea by remaining resources. Its reserves are estimated at 58 million barrels of oil equivalent.

Shell is desperate to develop the field. But today is a digital day of action to stop the field.

As I write, “Stop Jackdaw” is trending on Twitter. So if you want real climate action, please get on the social media platform and start tweeting.

We're TRENDINGGG ?? Thanks to everyone that is making this happen.

Let's keep building the pressure to #StopJackdaw and fight back against Shell’s new climate-wrecking project.

We need a fast and #JustTransition away from oil and gas.
@KwasiKwarteng, @beisgovuk & @BorisJohnson new fields like Jackdaw won't make us energy independent or lower our bills.

You need to #StopJackdaw and do everything that you can to accelerate the transition to renewables pic.twitter.com/Ybbsrp8DmX