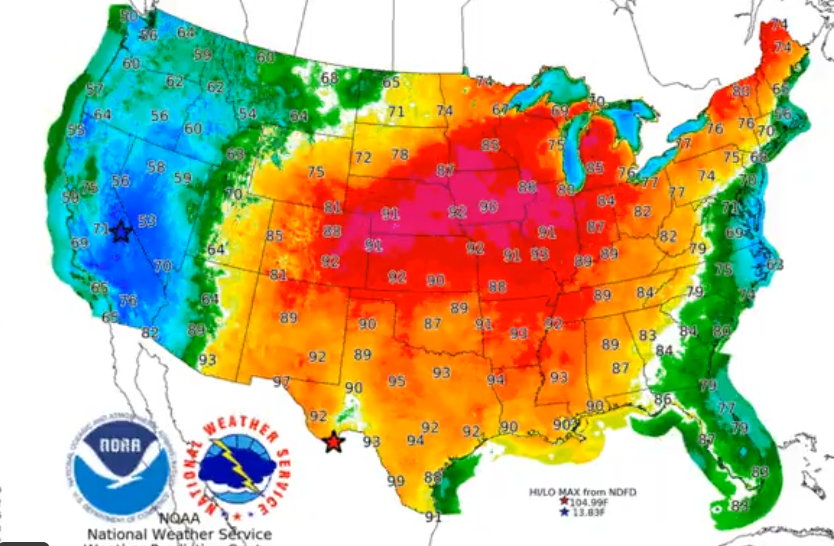 We have known for years that we are running out of time to secure a livable climate.

Every day of inaction means another day lost to try and ensure the world keeps warming to only 1.5 degrees Centigrade, the limit agreed by Governments at the historic Paris Agreement in 2015.

And yesterday came another warning that we are running out of time.

Scientists from the UK Met Office and World Meteorological Organization (WMO), revealed that there is a “very strong likelihood” that one of the next five years will be the warmest on record globally.

The world renowned climate experts added that the chance of at least one of the next five years exceeding 1.5°C above pre-industrial levels is now about 50:50.

As recently as seven years ago, in 2015, there was zero chance of this happening in the next five years. But as we relentlessly pump carbon into the atmosphere this had increased to 20% in 2020 and 40 per cent chance by last year. Now it is nearly a fifty per cent chance.

Dr. Leon Hermanson of the Met Office, who led this report, said, “our latest climate predictions show that continued global temperature rise will continue, with an even chance that one of the years between 2022 and 2026 will exceed 1.5°C above pre-industrial levels.”

And once again we are witnessing daily extreme weather. A searing brutal heatwave has been affected India and Pakistan for weeks now, with temperatures over 120 degrees Fahrenheit. This heatwave started back in March, unusually early, even for a country like India, which is used to soaring temperatures.

So far the heat has caused heatstrokes, school closures, crop failures and even landfills to catch fire. In Pakistan, meanwhile, a historic bridge collapsed last weekend, after the heatwave caused a glacial lake to release vast amounts of meltwater, triggering extreme flooding.

There is no respite is sight. With temperatures in northern India forecast to hit 45°C again this week. One local official, Gurvinder Singh, director of Agriculture in the Punja region even went as far as to say that “this heatwave is testing the limits of human survivability.”

India and Pakistan are not alone. At least 10 people have been killed, with hundreds of homes destroyed, after wildfires ravaged eastern Siberia earlier this month, caused by high temperatures and soaring winds.

Nor is this an isolated event. By the end of last month, the authorities in Russia had said they had already extinguished over 600 fires. Such was the intensity of the smoke it had reached the West Coast of the United States.

And in the U.S. temperatures are rising too. Two days ago, the Washington Post reported that “heat crushed records Saturday and will swell northward” adding that “Much of the central U.S. faces an extended May heat wave in the coming week”. The paper reported that temperatures as high as 112 degrees Fahrenheit had shattered records in Texas, “setting off a prolonged heat wave that will expand through much of the central United States.”

Yesterday, the National Weather Service tweeted that record warmth continues to overspread much of the central U.S. and the Northeast.” The Service is expecting dozens of records to fall so early in the year.

India, Siberia, and the central U.S. may be thousands of miles apart, but they all share the same problem with increasing temperatures.