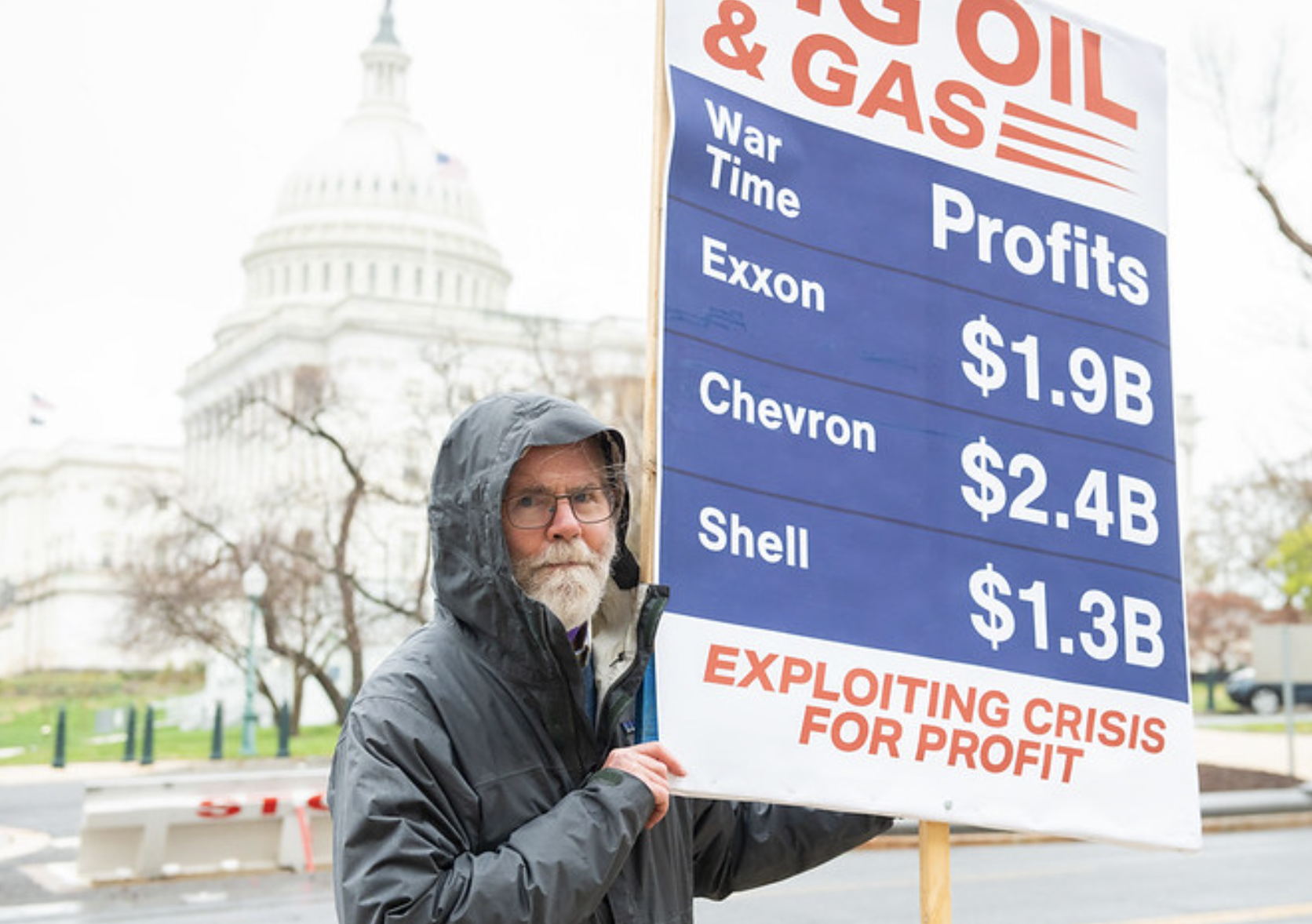 Exxon reported over $5 billion in profits despite an impairment of over $3 billion following its belated exit from the Sakhalin-1 project in Russia. Meanwhile, Chevron reported over $6.3 billion in profits, marking its highest quarterly earnings in over nine years. Exxon also announced a greatly expanded share buyback program, indicating its intent to return profits directly to shareholders and executives rather than investing in meeting the company’s professed climate targets.

“Today’s profit announcements from Exxon and Chevron reveal an utterly broken system — oil and gas companies are raking in record money while working people are suffering from sky-high fuel prices. Meanwhile, Exxon is doubling down on its commitment to paying its shareholders rather than invest in a transition. This is not normal, it’s not acceptable, and it shouldn’t be legal.

“Congress must crack down on Big Oil’s insatiable greed by taxing these windfall profits and moving the United States and the world to renewable energy as quickly as possible. It’s time to stop subsidizing oil and gas billionaires and end deadly fossil fuel dependence once and for all.”

– Recent Oil Change International research with Global Witness and Greenpeace USA found that ExxonMobil has contributed billions in payments to the Russian government since Russia’s invasion of the Crimean peninsula in 2014: https://priceofoil.org/2022/03/25/european-and-us-energy-companies-responsible-for-nearly-100-billion-to-putins-war-chest

– Separate Oil Change International research with Global Witness and Greenpeace USA estimated that U.S. oil and gas companies stand to make tens of billions in excess profits this year due to wartime prices, indicating that today’s announcements are only the beginning of a stream of sky-high profit announcements unless Congress acts: https://priceofoil.org/2022/03/29/us-oil-and-gas-companies-set-to-make-tens-of-billions-more-from-wartime-oil-prices-in-2022