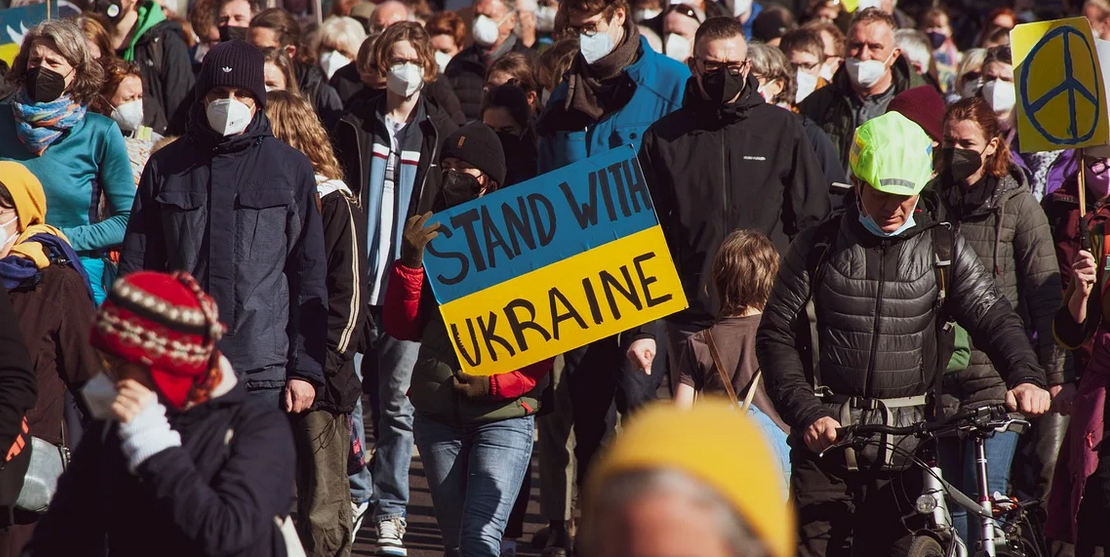 No words will ever be able to describe the full horror of war. The bombs, the bullets, the trauma. The wanton destruction of life. Hopes and dreams evaporated.

So maybe we use numbers instead. It’s day thirty seven of Vladmir Putin’s war on Ukraine. Thousands of innocent people are dead. There are over 4 million refugees, and counting. At least one hundred thousand people remain trapped in one city alone, Mariupol. Amongst the carnage and destruction, there is significant evidence of war crimes.

Death has come to both sides. An unknown number of Russian servicemen have died. Some estimates put it at 15,000 dead. Hundreds of tanks and other Russian military equipment have been destroyed.

But Vladimir Putin can easily afford more weaponry. In 2020, Russia spent $61.7bn on its military, which accounted for just over 11 percent of government spending.

And Putin has cash to burn. Largely from oil. Russia is the third largest oil producer after the U.S. and Saudi Arabia.

However, Russia alone is not responsible for their production. A new analysis by Oil Change International, Greenpeace U.S., and Global Witness has found something staggering: Revenues from oil and gas projects backed by European and U.S. companies fueled Putin’s regime to the tune of nearly USD 100 billion since 2014. The year 2014 is important as this is the year that Putin invaded Crimea.

As a briefing paper by the three organizations noted: “These oil majors have long sought access to Russia’s vast hydrocarbon reserves, and in many cases brought the technological and operational expertise needed to realize projects.”

Until the recent war, one of the biggest international oil investors in Russia was BP, which owned a 22 percent stake in the Russian oil company Rosneft and is accountable for 80 percent of this total. The estimated payments by Rosneft to the Russian state over this time period were $78.42 billion.

The bottom line is Big Oil companies like BP helped fuel Putin’s war machine. The $78 billion is more than enough to pay for Russia’s defense spending over one year.

To make matters worse, the companies are also making obscene profits due to the spiraling energy costs, sparked by the Ukraine war.

A second briefing paper, released this week by the same partners found that U.S. oil and gas companies are poised to reap tens of billions in windfall profits thanks to high wartime prices. The new analysis found that high oil prices due to the war will net the U.S. upstream oil and gas industry a conservative windfall profit of between US $37 billion to $126 billion this year alone.

As the briefing notes: “Much of this excess free cash flow that is boosting oil corporation balance sheets is flowing from the pocketbooks of U.S. consumers.”

Big Oil is getting rich at your expense. As you struggle to heat your home. Or pay the bills.

Collin Rees from OCI, said: “Big Oil and Gas executives are rolling in cash while working families suffer from sky-high profits. It’s high time for Congress to pass a windfall profits tax and prevent the fossil fuel industry from harnessing a war to make billions. This can be a clear step toward a fossil-free future if paired with real investments in a renewable energy future.”