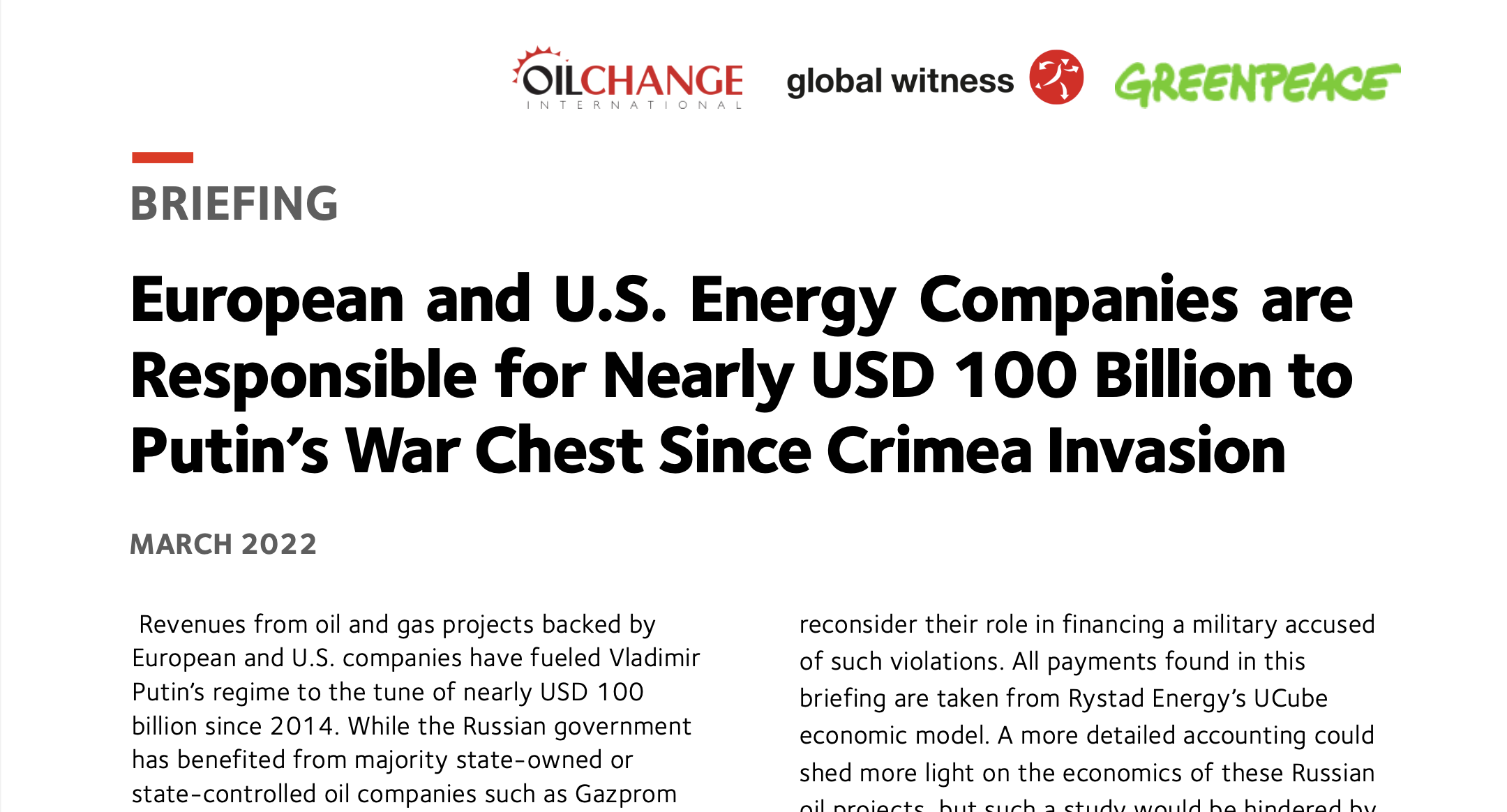 Revenues from oil and gas projects backed by European and U.S. companies have fueled Vladimir Putin’s regime to the tune of nearly USD 100 billion since 2014. While the Russian government has benefited from majority state-owned or state-controlled oil companies such as Gazprom and Rosneft, European and U.S.-based corporations have also spearheaded large oil and gas projects that filled Putin’s coffers. These oil majors have long sought access to Russia’s vast hydrocarbon reserves, and in many cases brought the technological and operational expertise needed to realize projects.

In total, these eight companies — BP, Shell, Wintershall Dea, ExxonMobil, TotalEnergies, Equinor, OMV, and Trafigura — are responsible for over USD 95 billion to the Russian government via their stakes in Russian oil and gas projects and companies since 2014, with BP responsible for 80% of this total.

Oil and gas company investments have taken the form of both equity holdings, such as BP’s stake in Rosneft, and joint ventures such as ExxonMobil’s operation of the Sakhalin-1 project. Since Russia invaded Ukraine in February 2022, oil and gas companies have faced pressure to disassociate with Russian producers, but recent divestments do not change their long history of support for Putin’s regime.