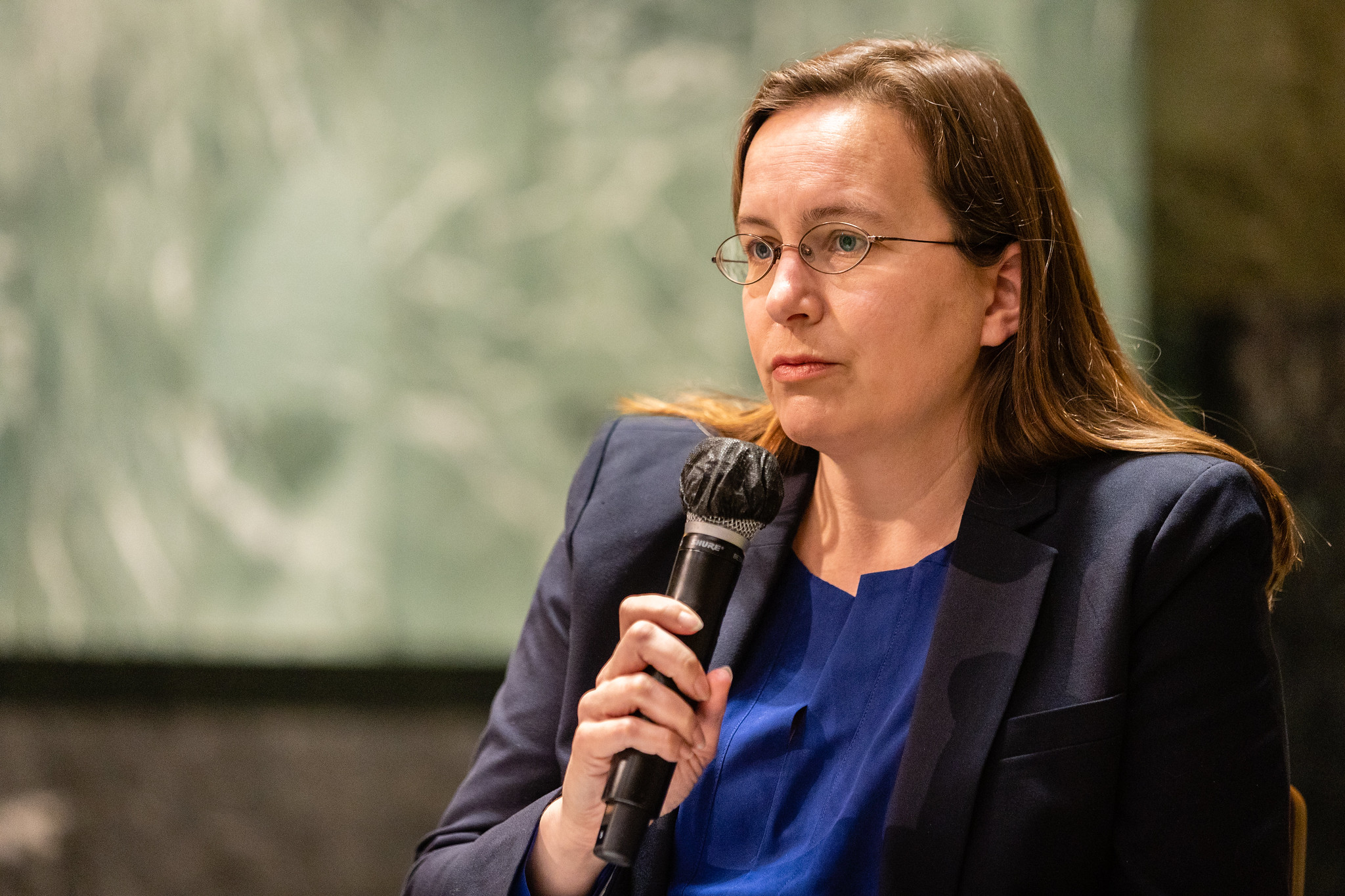 Last Friday, I was invited to speak at the Inter-Parliamentary Union’s 2022 Parliamentary Hearing at the United Nations, on a panel about ‘Making good on climate change commitments: The people vs. organized interests.’ This is a critical issue for governments as the fossil fuel industry continues to impede climate action. I wanted to share my remarks, below:

If you have been following conversations around climate change, you probably are familiar with a few key points:

We – and the fossil fuel industry – have known that fossil fuels cause climate change for a long time.

As early as 1959, at an energy symposium organized by the American Petroleum Institute, a prominent physicist presented on the impacts of burning fossil fuels, saying carbon dioxide “causes a greenhouse effect” and “a temperature rise corresponding to a 10 percent increase in carbon dioxide will be sufficient to melt the ice cap and submerge New York…”

That was over 60 years ago.

How can we have known for 60 years that fossil fuels are the central driver of climate change, and been negotiating international climate action for 30 years, but still not made significant progress on phasing out fossil fuels?

We have seen time and again how the fossil fuel industry has operated to maximize profits without regard to environmental or human rights impacts of its operations, and it has specifically obstructed action on climate change. This is a major force in delaying climate efforts.

Oil and gas companies now claim to be part of the solution, regularly making climate plans and commitments. But none of the current plans of any of the largest integrated oil and gas companies come close to aligning with the goals of the Paris Agreement to hold global warming to 1.5 degrees. This is greenwash, further delaying necessary action.

The industry and its backers continue to perpetuate myths about fossil fuel phase out. For instance:

Instead of favoring industry messages, governments should listen to underrepresented voices, women, young people, those from impacted communities, and civil society working to amplify these voices. Those who face higher risks and greater burdens from the impacts of climate change and of fossil fuel development need to be heard and valued in these conversations in order to create just and effective solutions.

Despite the enormity of the change we need to make, there is momentum and hope. For the last two decades, I have worked at the intersections of environment, development, and human rights. In particular, I have focused on actions that governments and institutions must take to address the root causes and impacts of environmental pollution and climate change.

When I started this work, phasing out oil and gas did not feature in climate policy discussions at all. Now, the increased recognition from governments, institutions, and even parts of the financial sector of the role of fossil fuels in climate change represents a sea change from where we were even just a few years ago.

Last year, following years of pressure from civil society groups and others, the International Energy Agency (IEA) came out with the finding that oil and gas in already-producing or under-development fields will be sufficient to meet demand in a world that limits warming to 1.5ºC. This Net Zero scenario is now incorporated in the World Energy Outlook, a publication widely used for making global energy decisions.

We also saw significant progress on the sidelines of COP 26 in Glasgow:

This shift in framing and focus around climate change presents significant opportunities, and begins to chart a pathway that governments can take towards addressing fossil fuels’ role in climate change.

Those of us who care about climate, development, human rights, and inequality, and particularly, those of us with the power to act, must use these opportunities and this momentum to continue to change the narrative, offer pathways for change, and describe and adopt the steps necessary for a truly just transition.

Governments can act now to:

We have the means to make these changes, we now need to create the political will to make it happen. We stand ready to support governments and parliaments in working towards a swift, just, and equitable energy transition to avoid the worst climate impacts. Thank you very much.