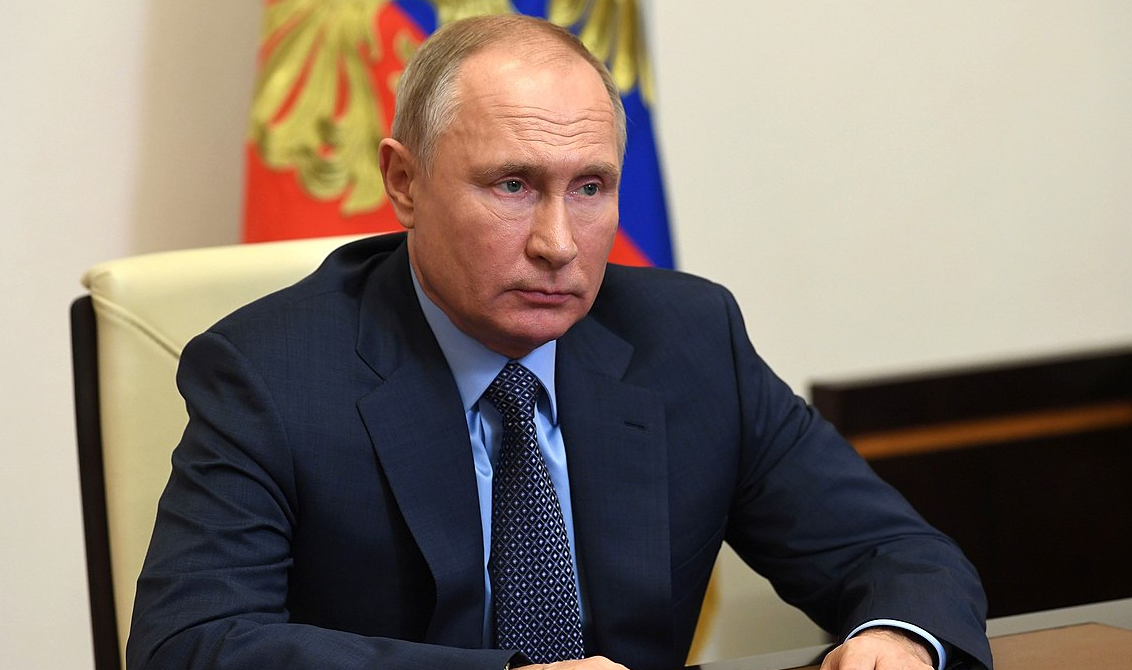 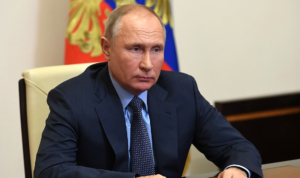 As I write, the dire threat of war once again hangs over Europe, after Russian President Vladimir Putin recognized the self-proclaimed republics in Luhansk and Donetsk in Eastern Ukraine and ordered his troops over the border.

Putin’s declaration comes after months of simmering tensions between the West and Russia. Some British politicians are saying the world is at its gravest place since the Cuban missile crisis.

As Russian tanks roll into the breakaway regions of Ukraine, labeled as an “invasion” by the U.S. administration, the uncertainty of what happens next hangs like a brooding dark cloud over the continent.

Reaction from some European nations has been swift. Earlier today, German Chancellor Olaf Scholz said that the certification process of the controversial Nord Stream 2 pipeline, which ships gas directly from Russia to Germany, will be halted. The ten billion Euro undersea pipeline is owned by a subsidiary of Russia’s state-owned Gazprom.

At a press conference, Scholz said that “the situation today is fundamentally different and therefore, in light of recent events, we must also reassess this situation…also with regard to Nord Stream 2.”

He added: “This sounds technical, but it is the necessary administrative step so that no certification of the pipeline can now take place. And without this certification, Nord Stream 2 cannot go into operation.”

Germany’s economy ministry, which is currently headed by the Greens, is now tasked with drawing up a report on energy security, given Russia’s aggression.

As the European Greens look at energy security options, it is worth remembering how the pipeline came about. It was the result of intense industry lobbying, as Vicky Cann, from Corporate Europe Observatory (CEO) pointed out.

Of course this fossil gas project should never have gone ahead in the first place! #FossilFreePoliticshttps://t.co/ft5cxrXz1M pic.twitter.com/F3jTr5cd6g

Two years ago, a report by CEO and LobbyControl,  entitled “Corporate lobbying and the upcoming German EU Presidency,” examined the Nord Stream 2 issue.

The European gas lobby has been pushing for Nord Stream 2 for years. As the report noted, “in the three years to December 2017, the gas industry lobby had met with representatives of the German Government, often at ministerial level, at least 62 times, possibly more, to discuss the pipeline. Twenty-eight meetings were with the key industry backers of the pipeline including Gazprom, Uniper, Wintershall Dea, Shell, OMV, and Engie.

CEO and Lobby control added that “the Nord Stream 2 pipeline provides a clear symbol of the German Government’s love affair with the gas industry.”

And while British politicians are now calling for Europe to wean itself off Russian gas, the U.K. Government has also called for more drilling in the North Sea. While in the U.S., the American Petroleum Institute is calling for more LNG export capacity. Both these responses are flawed.

The PM came close to getting it right today: it's true that the UK’s not dependent on Russian gas & the best way to secure our energy is to accelerate investment in cheap, local renewables.
BUT he’s wrong to suggest new North Sea licensing is part of the solution. Here’s why:
/1

She is not alone in calling for more renewables, not more gas:

Ending fossil fuels and switching to renewables is a good choice in terms of national security, especially over the long term.

Other influential commentators are also arguing that additional investment in North Sea gas is the wrong solution to the current crisis, both from a climate perspective and economic perspective.

Coincidentally, the UK-based Green Alliance has a report out today entitled, “The last drop: why it is not economic to extract more oil and gas from the North Sea.”

The North Sea, already a mature oil and gas region, has high operating costs, which are obscured by lavish government subsidies. If the U.K. Government removes these, the operators could be in trouble.

The report contends, “while oil and gas prices are high today, the underlying trend is one of price volatility.” This means that “the fundamental vulnerability of the industry to volatile prices, due to the high cost of production in the basin, exposed in 2014-15, has not gone away.”

“The reality of climate change, and the global transition to clean energy, will also add to the risk of assets and jobs becoming stranded,” says the report. The only way to protect European consumers from fossil fuel volatility, like the Ukrainian crisis-linked price rises we see today, is to invest in renewable energy and efficiency.