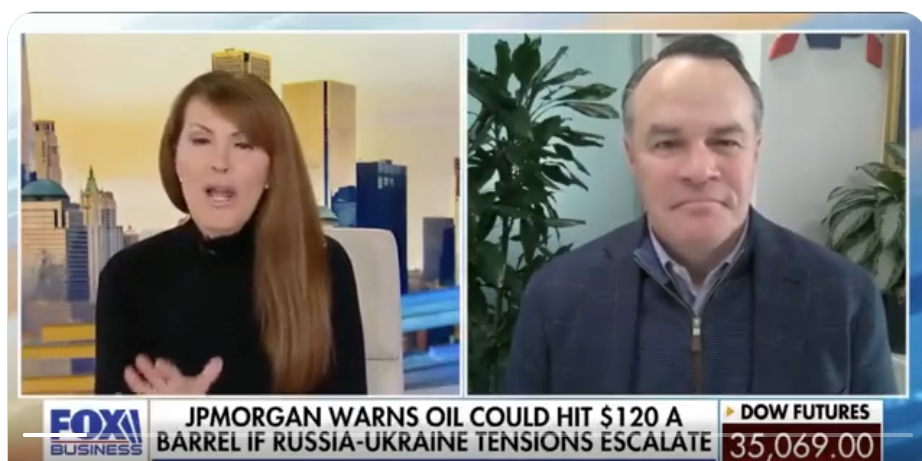 There are always those who will want to profit from war or the threat of war, as unscrupulous as it may seem. And for the American oil and gas industry there is no exception.

As Ukraine and Russia stand on the brink of a potentially lethal and bloody conflict, the American Petroleum Institute and its allies have been active on social media, arguing that now is a perfect time to expand LNG exports.

It is a flawed and short-sighted argument and one that will only cause more problems and chaos in the long term. There may be a case for increasing short-term LNG exports to Europe, especially if the conflict between Russia and Ukraine intensifies, but you cannot do that long term if you want to solve the climate crisis or deescalate tensions in the region.  Because a Europe addicted to gas will always be vulnerable.

Earlier this week the API tweeted:

U.S. energy exports help strengthen the American economy and energy security while providing support to our overseas allies as they try to strengthen their own national security interests against aggressors.https://t.co/AAb8LPFqie

It is a constant theme. Also this week, Mike Sommers, the CEO of the API appeared on Fox Business, stating: “We don’t want to be in the position that Europe finds itself in today, where they’re dependent on a hostile regime to the east for their natural gas. In fact, what we want is to have American energy independence.”

Sommers also used the interview to argue against stopping drilling in ANWR and against the cancellation of KXL pipeline.

Five days ago, in the Wall Street Journal, the API stated that the US oil and gas industry could do more to help “if the Biden administration did more to encourage LNG infrastructure and allow the free flow of LNG markets”

However, the administration has never done anything to discourage LNG exports. The only thing that has held back the expansion of LNG export capacity thus far is the reputation of U.S. gas as emissions intensive due to prolific methane venting in the Permian Basin in particular.

That same day, the API and Natural Gas Council and other natural gas lobbyists wrote to Joe Biden to push another myth: that somehow dirty gas is compatible with climate action: “We reject a false choice between developing America’s abundant natural gas resources and achieving our climate goals”, said the lobbyists.

In making this false claim, America’s gas lobby is ignoring the evidence of the world’s scientists that we are living in a “code red” for humanity and must stop drilling if we want a liveable future.

They are also ignoring the advice of the world’s energy watchdog, the International Energy Agency, that there was no room for oil, gas and coal expansion in a 1.5 degrees scenario.

They are also ignoring the fact that the UK oil and Gas Authority has evaluated that US gas has a higher energy intensity compared to others in the European market.

In fact, decreasing our use of gas is a way of not only deescalating the conflict but also acting on climate change.

“Soaring prices in a power crunch are driving millions of Europeans into energy poverty and the continent’s unfettered use of fossil gas is fueling the climate crisis” wrote Tara Connolly from Global Witness, on CNN yesterday. “The solution should be self-evident — end our reliance on expensive, dirty, and overwhelmingly imported gas. This will require standing up to the powerful gas industry, and right now, far too few politicians seem willing to take this vital step,” she continued.

Longstanding colleagues agree with this analysis too on Twitter:

This is right on. The fossil fuel industry will use tensions in Europe to push for more development, but the real answer is breaking up with fossil fuels all together.

Oil trades on a global market — as long as we're using it, we'll be empowering petrostates the world over. https://t.co/euYgs8YX1E

The only way to deescalate this crisis across Europe is to speed up the transition away from fossil fuels.

The energy price shock currently gripping Europe ? is settling in for the long term & needs to be addressed with market reforms to avoid high #gas prices ? pushing up the cost of electricity – by accelerating #EnergyTransition https://t.co/3KpkkNonKY