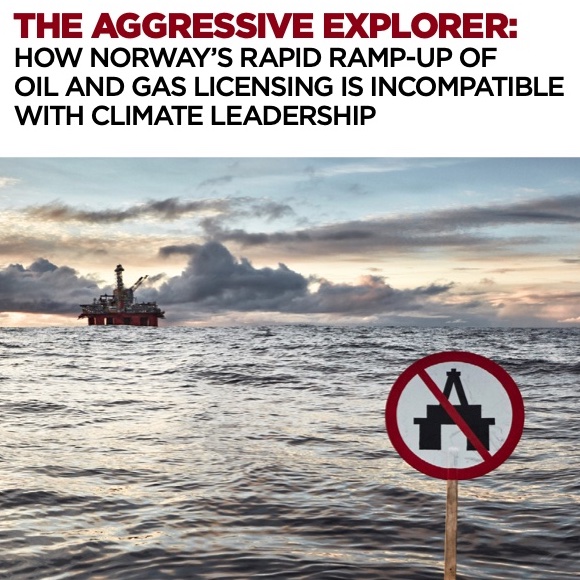 Norway claims to be one of the climate leaders of the world, and was one of the first countries to ratify the Paris Agreement. At the same time, the country has led an aggressive policy of expanding its oil and gas industries, and has ramped up its exploration licensing exponentially over the past 10 years.

In this briefing, we reveal that over the last ten years (2012-2022), the Norwegian government awarded as many exploration licenses (700) as in the period from 1965-2012, making Norway Europe’s most aggressive explorer. Additionally, the oil and gas within fields that are already licensed, but not yet developed, could lead to an additional 3 billion tons of CO2 emissions. This is 60 times Norway’s annual domestic emissions.

Moreover, oil major Equinor is planning to seek approval for the development of the Wisting oil field in the Barents Sea in 2022. By size of reserves, Wisting could become the largest single Norwegian oil asset approved by the government this decade, whose climate impact could be three times greater than that of the now-paused Cambo oil field proposed in the U.K. If approved, the Wisting oil field would be the northernmost oil development not only in Norway, but also in the world, situated in an Arctic area with a vulnerable ecosystem.

If the current Norwegian government wants to be taken seriously on climate issues, it must review the country’s oil and gas policies and align them with the goals of the Paris Agreement and with the principles of global equity. This briefing recommends the Labour-led government should halt the Awards in Predefined Areas (APA) licensing system and reject Equinor’s bid to develop the Wisting oil field.