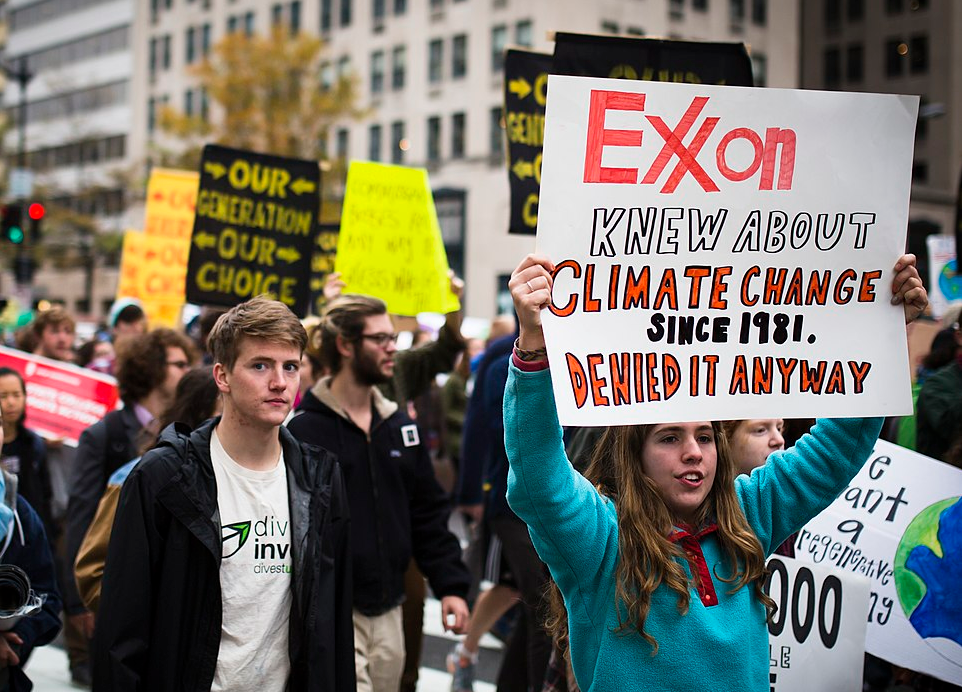 And so the biggest climate dinosaur of them all has suddenly awakened from its slumber and spoken.

ExxonMobil is a company that for decades has done more than any other to spread climate denial, and is currently accused of intimidating its critics over the issue.

But now the climate laggard wants you to believe it is becoming a climate champion.

Under intense activist and investor pressure, this week, Exxon belatedly announced its “Advancing carbon report,” in which it included a goal to cut greenhouse gas emissions at its oil, gas, and chemical operations to net zero by 2050. These are known in the industry as Scope 1 and 2 targets.

Spinning its pro-climate message, Exxon said it would publish a series of “road maps” by the end of this year, saying it would demonstrate how it was going to reduce emissions from its operations. Darren Woods, chief executive of Exxon said the company was “committed to playing a leading role in the energy transition.”

The move could be seen as a bid to catch up with already published commitments by Shell and BP. It is also a lame response to the hedgefund Engine Number one, which managed to secure three seats on the company’s board a year ago which sent seismic shockwaves through the company.

But as usual, there is spurious spin and there is hollow substance.

Not only did what Exxon publish fall short of the widely critizised commitments made by its rivals, as the Financial Times reported, the oil major “stopped short of including the carbon emitted from the fuels it sells.” These emissions are known as scope 3 targets.

It is no wonder the company’s plans were castigated by investors and actors alike.

Charlie Penner, ex-Engine No 1, told the Financial Times that for any meaningful signs of change Exxon “needed to stop lobbying against a long-term energy transition, treating carbon capture as a cure-all and pursuing new projects that only make economic sense if the world fails to meet its climate targets.”

“Exxon’s lack of a scope 3 target reflects a strategy that may leave it behind the curve in growing clean energy sectors,” said Will Scargill, managing energy analyst at GlobalData to Reuters.

Respected climate commentator, Brian Kahn said that Exxon’s pledge to have its operations reach net zero by 2050 is like saying you’ll stop smoking while still buying cartons of cigarettes and handing them out to school kids. Sure, your cancer risk may be a lot lower but it’s not exactly a public health success.”

I believe the proper response to this development is: lol. https://t.co/ErigCVpd0w

Everyone from the IPCC to the IEA is clear: the only way to keep global warming below 1.5°C is to immediately stop new fossil fuel production and wind down existing production as fast as possible.

Until Exxon commits to that, the rest is just more greenwashing and gaslighting.