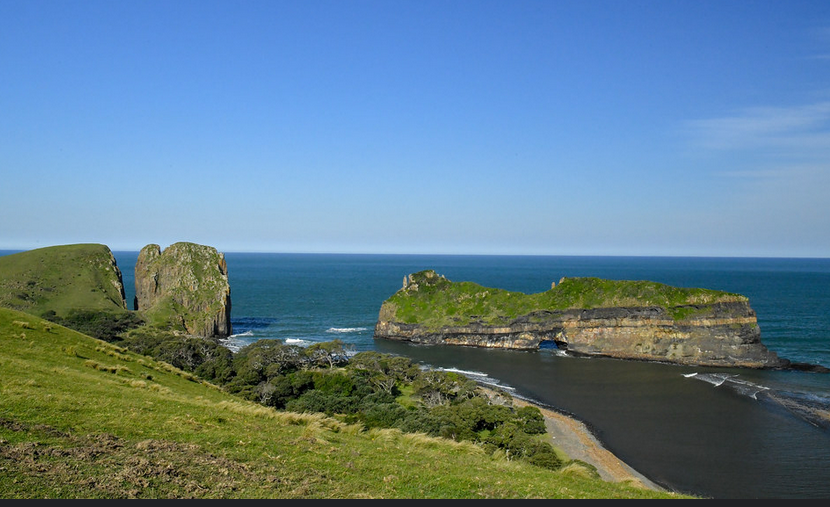 It’s a new year and our climate emergency does not stop. With the southern hemisphere in the middle of a baking summer, the warning signs are already here.

The seawaters off the coast of Australia are reported to be experiencing an extreme marine heatwave with temperatures set to be the highest ever recorded.

As the southern hemisphere’s seas warm, there is at least some good news stopping controversial offshore exploration in the region.

For months, oil giant Shell has been under pressure to stop proposed seismic activity thousands of miles away off the coast of South Africa. The area, known as the Wild Coast (see picture), is ecologically sensitive and home to whales, dolphins, and seals.

At the end of last year, the oil giant was forced to halt its proposed exploration along South Africa’s the Wild Coast after a court blocked the controversial project.

The court also heard that Shell’s plans would have “direct and dire impacts” on the local environment and community, which depends heavily on eco-tourism. Laws for the plaintiffs argued that “the needs and rights of these communities, the stewards of our seas, land and biodiversity, far outweigh the selfish interests of companies like Shell.”

Happy Khambule, a senior climate campaigner for Greenpeace Africa, said: “Shell’s activities threaten to destroy the Wild Coast and the lives of the people living there. We know that Shell is a climate criminal, destroying people’s lives and the planet for profit.

At the end of December, in a significant victory for the plaintiffs, the court ordered an immediate, albeit temporary, halt to Shell’s seismic activity, ruling that the oil giant has failed to meaningfully consult local communities.

The South African High Court ruled that Shell’s right to explore the waters near the Wild Coast “was awarded on the basis of a substantially flawed consultation process.”

Another local campaigner, Nonhle Mbuthuma, added: “As coastal communities we have relied on the sea for centuries – and we are glad that the judge has recognized that our ocean livelihoods must not be sacrificed for short term profit.”

Shell said it would consult the ruling. But the oil giant has given up on this year’s weather window. Today comes news that Shell has terminated the contract for the seismic ship that was due to undertake the seismic exploration, which could have lasted five months. The vessel was called the Amazon Warrior, and was owned by the company Shearwater GeoServices.

“Shell has decided to terminate the current contract for the survey vessel early,” a company spokesperson told Bloomberg, adding that it was considering “how it will proceed in the longer term.”

Every day the seismic activity is delayed is great news for the local marine life, local communities, and climate.