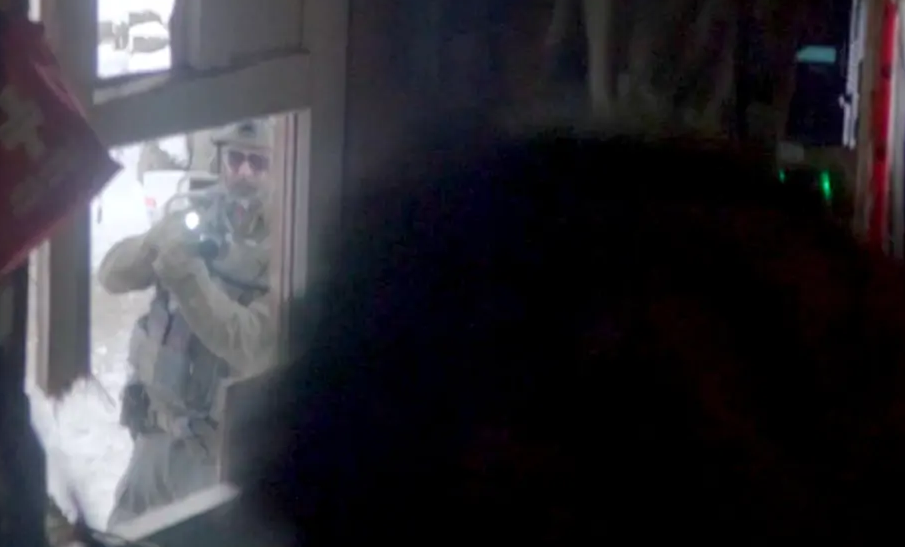 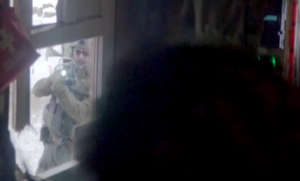 At the end of last week, Canadian Prime Minister Justin Trudeau visited British Columbia and witnessed the devastating aftermath of floods and landslides, specifically of the community Abbotsford, which is still underwater.

The devastating scenes should have been a reminder for Trudeau to stop funding fossils and put an end to oil and gas production as soon as possible. And the rains have not stopped.

The town of Hope declared a state of emergency hours ago, as a new band of heavy rain has threatened new devastating impacts.

Flooding along Othello Road in Hope #BCFloods
The District of #Hope has declared an local state of emergency. Video and photos (below) courtesy of Jared Thompson. pic.twitter.com/HFafBLxQyY

Many communities in Canada are now on the frontline of our climate crisis. Migrant farmworkers and some Nlaka’pamux First Nations are among those left most vulnerable by the patchwork emergency response and you can help support these groups here and here.

“The land that our ancestors had worked for thousands of years and ensured that we had a place to grow … productive crops, those lands are no longer there. They’re just rocks.” – Chief of Shackan First Nation https://t.co/qkPipc4BtZ

Despite the clear links between this flooding and the deadly fires and heat waves that have already hit the region this year, Trudeau’s government still backs drilling — and climate inaction. The day before Trudeau’s visit, the country’s Federal Environment Commissioner said that Canada had the worst record, among the G7 countries, for reducing emissions of greenhouse gases since 2015, the same year that Trudeau took office.

The report outlined that Canada is among the top 10 country emitters, and “continues to play a large role in the dangerous accumulation of greenhouse gases in the atmosphere.”

It added, “past inaction on climate change has created the present crisis. Meanwhile, continued inaction unfairly burdens future generations, who will experience even greater effects from the long-lasting greenhouse gases that have already been emitted.”

The report also castigated the Government, saying that policies such as buying an oil pipeline and a pandemic relief plan for the oil and gas industry, run counter to the government’s climate goals.

It continues, “however, the Natural Resources Canada did not design the Onshore Program of the emissions Reduction Fund to ensure credible and sustainable reductions of greenhouse gas emissions in the oil and gas sector or value for the money spent.”

Natural Resources Canada was criticized for not “following key greenhouse gas accounting principles” or a standard when preparing its estimates of expected reductions in emissions.” As a result, the Department’s emission reductions estimated were “an overestimate and was not reliable.”

And it seems that Canada is doing little to reduce its addiction to oil. In fact, predictions are that the number of oil wells in the country will increase.

In its annual drilling forecast, released last week, the Canadian Association of Energy Contractors (CAOEC) projected that nearly 6,500 wells will be completed across the country in 2022. This is up 27% from current levels. The Canadian press reported this as a “promising bump in activity.”

The CAOED President, Mark Scholz, said at the Calgary Petroleum Club: “This is the message of hope that many people have been waiting for.”

His remarks were not lost on commentators on Twitter:

what a time to cheer for fossil fuel extractionhttps://t.co/35CxvFVBgN pic.twitter.com/wCZt8b5mX1

Trudeau’s Government has also faced increased international condemnation for the treatment of the Wet’suwet’en First Nation and their allies who are blockading the proposed 670-km Coastal Gas Link pipeline, which is being built on unceded First Nations’ land, and despite scientists agreeing we cannot burn any more oil and gas to meet Paris climate goals.

During the BC floods and the province-wide state of emergency, the Royal Canadian Mounted Police (RCMP) raided a pipeline blockade by members of the Wet’suwet’en First Nation. Police characterized the raid as a “rescue mission” for gas workers.

The Police have repeatedly been accused of using excessive and unnecessary force and aiming live weapons at peaceful First Nations land protectors, including using weapons and chainsaws to evict people.

One journalist, Michel Toledano, working on a documentary for CBC, who was arrested following his coverage of the recent eviction, stated: “The use of axes and chainsaws to breach the doors, the presence of dog teams, the presence of assault weapons, the manner in which we were surrounded. It all points to a very aggressive and punitive response by the RCMP that is meant to scare people out of both resisting fossil fuel projects but also lawfully documenting the actions of police.”

Not surprising, Trudeau and the RCMP have been accused of violating international laws and human rights by the evictions.

Wet’suwet’en leaders are calling on the BC and federal governments to intervene to stop the violent arrests and evictions and for investors to divest from the project. There are also calls for international solidarity:

Take Action:
? Host a solidarity rally or action in your area.
? Issue a solidarity statement from your organization or group. Email to: yintahaccess@gmail.com
? Pressure the government, banks, and investors. https://t.co/HfvOmv984x
? Donate. https://t.co/pddbmErzRr