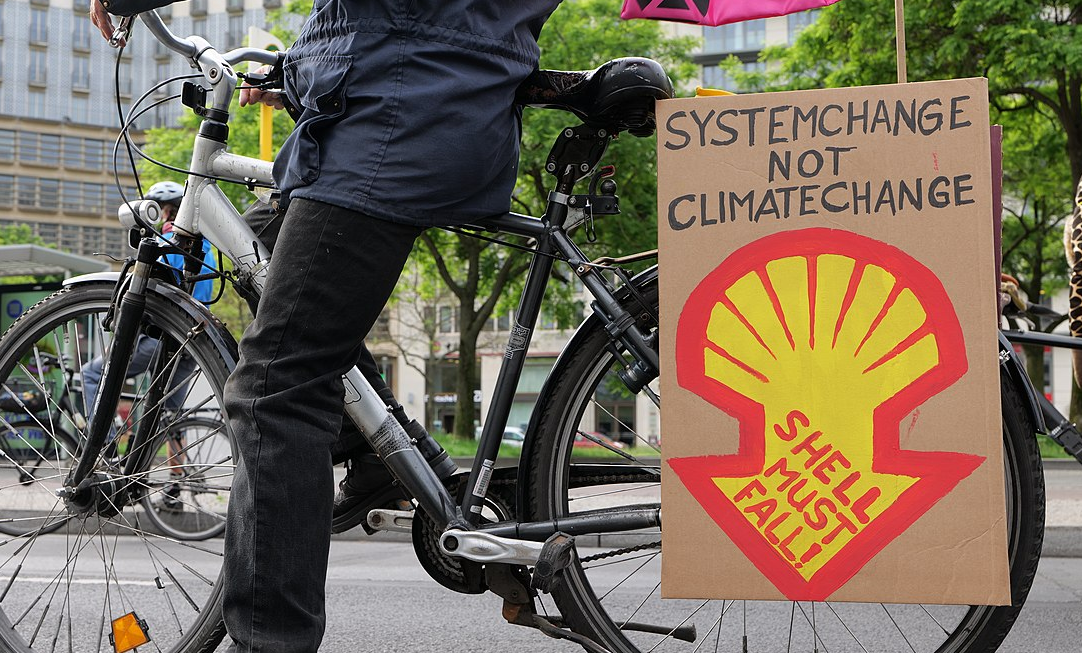 Before the dust had even settled on the COP26 talks in Glasgow, which aimed to reduce fossil fuel use, the British Government has hailed the return of oil giant Shell to the UK.

For over a hundred years, the company, formally known as Royal Dutch Shell, has operated under a dual share structure. For the last few years it has been headquartered in the Hague.

But yesterday, Shell said it was relocating its headquarters to the UK. Gone is the “Royal Dutch.” The company will be known now as Shell PLC.

The move was immediately welcomed by British Business Secretary, Kwasi Kwarteng, who tweeted:

Welcome news @Shell is proposing to relocate its Group HQ to the United Kingdom as part of their plans to accelerate the transition to clean energy. A clear vote of confidence in the British economy as we work to strengthen competitiveness, attract investment and create jobs ??

Others were more circumspect of the move. They pointed out that it seemed to be driven, in part, by Dutch taxes and to a lesser extent, a ground-breaking climate case.

Since the move was announced, Shell has maintained that one of the primary drivers is that the Dutch Government has not abolished the so-called dividend tax. Shell has long been against the Dutch tax authorities collecting a 15% dividend tax for Dutch-domiciled companies, hence by moving to the UK, it will avoid this tax.

The UK Government, despite trying to argue it is a climate leader, also has given Shell millions in subsidies in recent years, as Paid to Pollute have pointed out:

During this time, Shell made £28 billion from its activities across the world.

So you can see why Shell would want to move to a more favorable tax regime.

There is also speculation that the move, while not allowing Shell to avoid justice from a recent Dutch court case, might prevent further ones in the Dutch courts.

Earlier this year, a historic court ruling brought by Milieudefensie, demanded that Shell cut its emissions by 45 per cent by 2030 compared to 2019 levels.

At the time, back in May this year, OCI campaigner, Laurie van der Burg, who before joining OCI worked on the Shell climate case for three years at Milieudefensie, said: “This is a massive win for people all around the world. The Court’s ruling is crystal clear. Oil and gas companies can no longer hide behind empty climate promises and green PR. They will need to cut oil and gas production and sales to bring their emissions down in line with 1.5°C.”

Shell caused outrage in July when it said it would appeal the ruling.

So, is Shell’s move in part due to the climate court case, or even future ones in the Dutch courts? Whereas avoiding the Dutch dividend tax seems to be the primary driver, the climate court ruling could also be a factor. Reuters claimed it “pushed away by Dutch taxes and facing climate pressure in court.”

One Guardian columnist argued: “The loose end that may yet cause trouble is the idea that Shell is fleeing litigation in Dutch courts, where a remarkable case last year ruled, in effect, that the company’s emissions-reduction targets weren’t merely inadequate but also illegal.”

They added that although this case should be unaffected, “might the company have had an eye on future legal challenges? It’s not allowed to say so, but one suspects the answer is yes.”

Shell, for its part, denies it can simply run away from the climate case. Speaking before the move, Shell CEO, Ben van Beurden said, “Indeed, some people have asked, ‘Can’t you just relocate from the Netherlands, so you don’t have to contend with this court case anymore?’”

Van Beurden added, “Let me be very clear: We cannot run away from this court case, nor do we have any intention to run away from it.”

Others certainly think this is the case, too. Peer De Rijk, energy and climate justice campaigner at Milieudefensie told Reuters, “This news has no negative consequences for Milieudefensie’s climate case against Shell.”

He added that “In any case, this lawsuit will remain with the Dutch courts. In our view, this also has no implications for future cases at home and abroad…Rather, moving to the United Kingdom opens up a new front, including for future cases.”

Despite this, there was anger on Twitter over the move:

Because the Dutch courts have ordered Shell to legally reduce CO2 emissions by 45% by 2030, Andrew.

It's nothing to do with Global UK.

And everything to do with our Govt's relaxed attitude both towards fossil fuels and tax. https://t.co/J2DoGldVFe

Only time will tell whether Shell’s move will make it harder to sue over its climate impact. It will certainly help its bottom line. But there could also be another reason for the move.

Shell also might be hoping that by relocating, it will help pressure the UK Government give the green-light on the controversial Cambo oil field off Shetland, in which it has a stake.

As recently as last month, Shell boss Ben van Beurden told reporters: “If the Government of the UK wants to supply at least part of its energy needs with domestic resources then it should develop projects like Cambo.”

Meanwhile, financial analysts have welcomed the decision and the company’s shares climbed two per cent on Monday. Shareholders will vote on the proposals at a meeting on 10 December.