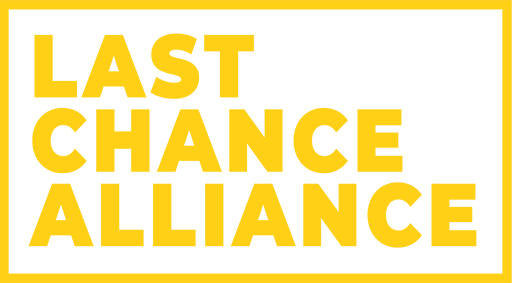 GLASGOW — Today at the United Nations climate conference (COP26) in Glasgow, Scotland, the Beyond Oil and Gas Alliance (BOGA) announced California will join as an “associate member,” a second tier of membership for those yet to commit to end new drilling for oil and gas.

BOGA is the first international diplomatic initiative focused on the need to end the expansion of oil and gas production as a key tool to limit warming to 1.5ºC. Spearheaded by the governments of Denmark and Costa Rica, it brings together countries and subnational jurisdictions committed to phasing out fossil fuel production and ending new licensing rounds for oil and gas production.

California’s entry to BOGA comes after Gov. Gavin Newsom pledged earlier this year to ban new fracking by 2024 and study the phase-out of oil and gas production by 2045. Just last month, Newsom proposed a ban on new oil and gas drilling within 3,200 feet of communities that — if enacted — would be the largest buffer in the nation separating people from new toxic fossil fuel operations. However, the proposal falls short of phasing out existing oil and gas drilling sites that harm public health, and does nothing to impact new drilling beyond the buffer.

These important steps, coupled with Gov. Newsom’s strong statement that “we don’t see oil in our future” have set California on the course for international climate leadership. But without a commitment to end new drilling for fossil fuels, California is not eligible for full membership in the Beyond Oil & Gas Alliance. The state has approved more than 5,000 new oil and gas wells since Gov. Newsom took office, the majority of which are located in communities already burdened with the worst pollution. New research by the Center for Biological Diversity shows that over their lifespan the approved wells will produce an estimated 144 million metric tons of carbon dioxide pollution — equivalent to the emissions from an extra 31 million gasoline-powered cars on the road for a year.

Newsom’s measures to limit fossil fuel production have propelled California’s entry onto the world stage as an associate member of the historic BOGA initiative. Yet, climate justice advocates say California must do more to achieve true equity, as well as crucial climate protections. Please find responses from members of Last Chance Alliance below:

“Gov. Newsom has made key strides, and it’s exciting to see California joining BOGA’s second tier — but to align with science and justice, he must announce a full ban on new oil and gas permits,” said Collin Rees, Senior Campaigner with Oil Change International. “Gov. Newsom’s climate legacy stands at a critical juncture: Will he continue to permit thousands of new oil and gas wells deep into the 2020s, or will he seize this chance to join other bold world leaders and commit to an end to new permits and a rapid phase-out of deadly extraction?”

“With its status as an associate member, it’s clear California has a long way to go toward becoming a climate leader. We’re calling on the Newsom administration to continue forward and follow through on protecting California’s frontline communities from the worst impacts of oil and gas extraction,” said Kobi Naseck, Coalition Coordinator at Voices In Solidarity Against Oil in Neighborhoods (VISIÓN). “That means ending neighborhood drilling for new proposed wells and at existing sites that have been poisoning our communities for decades. The time for half-measures and incrementalism has passed. Our work toward a just transition and future without fossil fuels begins by protecting people and workers first through comprehensive public health setbacks of at least 3,200 feet.”

“We congratulate Gov. Newsom on California’s inclusion in this ‘first movers club’ of leaders with the courage to end oil and gas extraction,” said Kassie Siegel, director of the Center for Biological Diversity’s Climate Law Institute. “With his recent initiative to protect Californians from toxic oil industry pollution, Newsom has created tremendous momentum towards his vision of an oil-free future for our state. Now Newsom needs to build on that momentum by immediately halting the approval of new oil and gas drilling statewide to keep these climate-destroying fossil fuels in the ground.”

“The Beyond Oil and Gas Alliance reflects the leading edge of governments taking climate justice seriously — realizing that the only way to meet the 1.5 degree target in the Paris Accord is to rapidly transition off fossil fuels,” said Matt Leonard, Director of the Oil & Gas Action Network. “As the world’s fifth-largest economy, we urge Governor Newsom to fully join the visionary leadership of BOGA and stop permitting all new oil and gas drilling across California.”

“Governor Newsom has the opportunity to be a truly transformational leader in working to phase out California’s production and refining of oil,” said RL Miller, president of Climate Hawks Vote. “Congratulations for having the political courage to do what your predecessors would not, Governor.”

“Rather than exemplifying a holistic approach to climate action, California’s admittance to BOGA as an associate member highlights what prevented it from joining as a first tier member: Governor Newsom’s failure to stop new oil and gas permitting,” said Alexandra Nagy, California Director at Food & Water Watch. “Vital as Governor Newsom’s actions like banning new oil wells within 3,200 feet of communities are, his pattern of slow progress is not enough to stop global temperatures from rising above 1.5 degrees Celsius. Nor is it enough to secure Governor Newsom’s place as a climate leader with the rest of BOGA’s first-tier members. That path begins with ending all fossil fuel permits, and that is what we urge Governor Newsom to do.”

“COP26’s lack of progress in commitments to phase out coal, oil, and methane gas production means that in eleven years the world will surpass the amount of ‘allowed’ carbon emissions to stay within the 1.5ºC benchmark. As a world leader, California must step up its climate justice policies and efforts to phase out fossil fuels,” said Clair Brown of 350 Bay Area Action. “We applaud Gov. Newsom for joining in BOGA’s fight to end our reliance on fossil fuels and urge him to accelerate California’s efforts to transition to a healthy and sustainable economy for ALL Californians. This is a major step forward to achieving zero GHG emissions and reducing toxic and unjust pollution.”

“This year, as California wildfires and heatwaves intensified, Governor Newsom leveled up his commitment to move the state beyond oil. Today, Governor Newsom has joined a global club of leaders willing to usher the world into a fossil-free future,” said Caroline Henderson, Senior Climate Campaigner at Greenpeace USA. “But so long as he continues to greenlight new oil and gas drilling, his goal of phasing California off fossil fuels will remain out of reach. If Governor Newsom is serious about making fossil fuels a part of the past, he must decisively stop approving new oil and gas permits.”

“Gov. Newsom has a unique opportunity now to show that he is truly serious about mitigating the climate crisis. The 2020 UN Emissions’ Gap Report states that we need to reduce carbon emissions 56% by 2030. Any promise less than this is unacceptable,” said Jane Vosburg, Board President of Fossil Free California. “As the fifth largest economy in the world, California can demonstrate how to transition urgently to 100% renewable energy as laid out by Stanford Professor Mark Jacobson in his 100% renewable energy plan for California. Second-tier membership just doesn’t cut it, when we have the ability to be in Tier One.”