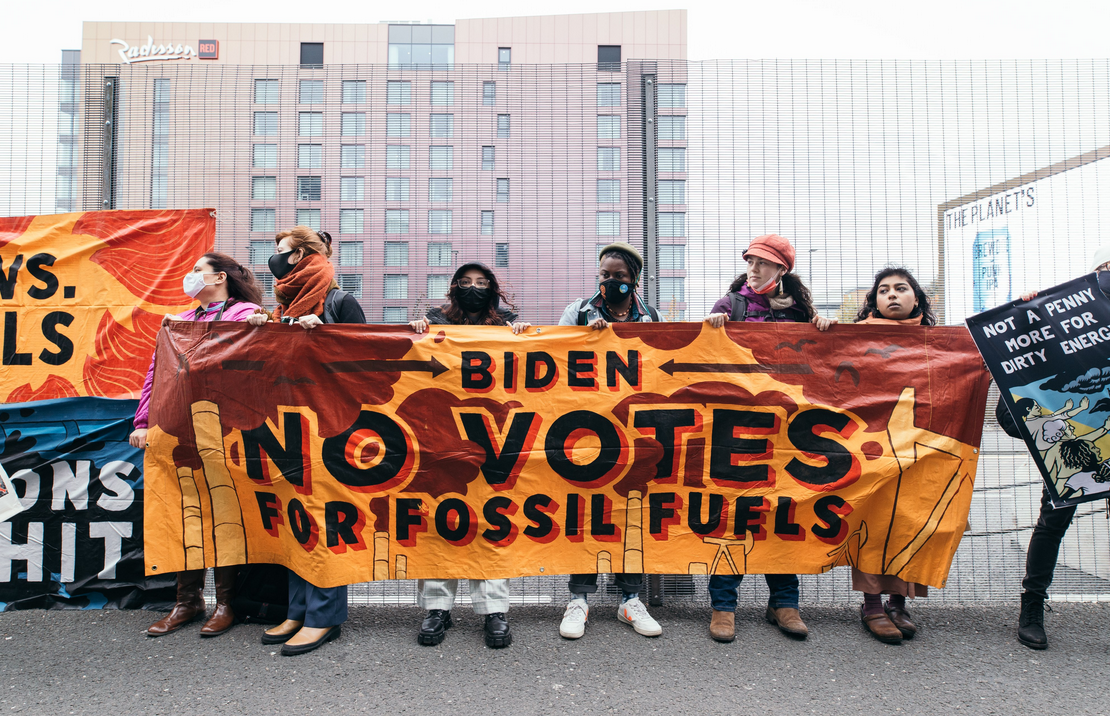 The last forty–eight hours have witnessed world leaders at the UN climate summit in Glasgow pledge to tackle climate change, including U.S. President Joe Biden, who warned that the climate crisis poses “the existential threat to human existence as we know it.”

The U.S. President added: “We will demonstrate to the world the United States is not only back at the table but hopefully leading by the power of our example. I know it hasn’t been the case, which is why my administration is working overtime to show our climate commitment is action not words.”

The science is clear: We have only a brief window to raise our ambition and rise to meet the threat of climate change. We can do it if the world comes together with determination and ambition.

That’s what COP26 is about — and that’s the case I made today in Glasgow. pic.twitter.com/bTcky5oBsP

Today, I’m in Glasgow to kick off COP26. Climate change is the challenge of our collective lifetimes — the existential threat to human existence as we know it. And every day we delay, the cost of inaction increases.

Let this be the moment that we answer history’s call.

First, let us think of the positives. Biden brought the U.S. back into the Paris Agreement, and is trying to show U.S. leadership on the issue of climate once again. Also, there is no doubt that there has been progress at the talks, not least the global pledge to cut methane and deforestation, with 90 countries pledging to cut methane and Biden pledging billions to restore forests.

But as usual with most politicians, there is a difference between rhetoric and reality, especially when it comes to climate finance and stopping investing in fossil fuels and fossil fuel infrastructure, notably highly controversial pipelines, like Line 3.

As Biden attempts to reestablish America credibility on the issue, there are huge issues that remain unresolved.

The US should be leading on this issue, being the second largest emitter of carbon after China. However, a recent report by Carbon Brief examined the historical amounts of carbon released into the atmosphere and found that since 1850, the U.S. has released a over 500 gigatons of carbon, way more than any other country and a fifth of all carbon emissions in total.

From a climate justice perspective, the U.S. should also be leading the world to both decarbonize and provide finance for reparations for the damage caused.

"Who's suffering from these historical emissions of rich nations? It's vulnerable countries, it's the developing countries" – @TasneemEssop

We demand: reparations and redistribution to indigenous communities and the Global South.#cop26 #climatejustice #defundclimatechaos pic.twitter.com/6Jtf4qWzdl

But the U.S. has to stop developing its fossil fuel infrastructure and stop drilling — both of which is not happening.

It is no surprise then, that despite Biden’s fine words, the response from civil society and Indigenous groups has been critical. Yesterday, in response to Biden’s speech, Thomas Damassa, Oxfam America’s associate director for Climate Change, urged the U.S. and other rich nations to finally pay up the USD $100 billion every year to help poorer nations adapt to climate change and reduce emissions.  We are still waiting. And it may not be until 2023, that the pledge of $100 billion will be met.

There are other key issues that Biden is failing on, like stopping new fossil fuel drilling and infrastructure. Biden was met by a protest outside the conference center by Indigenous and civil society groups from the Build Back Fossil Free campaign, including OCI. (see photo above) My colleague Collin Rees, tweeted:

Today we welcomed @JoeBiden to #COP26 in Glasgow w/ clear call to:

One of those speaking at the protest outside the conference was Tom Goldtooth, the executive director of the Indigenous Environmental Network. Goldtooth told Democracy Now that the heavy focus on “net zero” rather than absolute carbon reductions suggests that global leaders are not planning to make serious changes. “It’s a continuing war against Mother Earth, against Father Sky. It is an issue of life and death to many of our Indigenous peoples, from the North to the South.”

Opponents of the highly controversial Line 3 pipeline, which recently began operations and transports the dirty Canadian tar sands oil through Indigenous lands and waters, such as the extremely vulnerable headwaters of the Mississippi River, were also present at the protest.

For Indigenous communities, President Biden comes to Glasgow as a promise-breaker,” said Grandmother Mary Lyons, a frontline matriarch fighting Line 3. “He said he’d uphold the treaties and stop leasing public lands to fossil fuel polluters. Instead, he failed to stop the Line 3 pipeline and supercharged oil and gas leasing on public lands and waters.”

Tara Houska, who has fought Line 3 for years, also recently told ABC News that Biden could not be seen as a climate president: “You can’t be the climate president when you’re allowing through one of the largest tar sands infrastructure projects in North America. That’s his climate legacy.”

Others were critical too. Varshini Prakash, executive director of Sunrise Movement was quoted by the Guardian, stating “Biden is at Glasgow empty handed, with nothing but words on paper. It is humiliating and fails to meet the moment that we’re in.”

Indeed, as my colleague Laurie van der Burg, the global public finance campaign manager at OCI told the Washington Post earlier today, “I’m going into COP with a feeling of dread.” She added, “the climate finance pledges are also not adding up. We see governments and heads of states saying all the right things, but not walking the walk.”

And that includes Joe Biden.