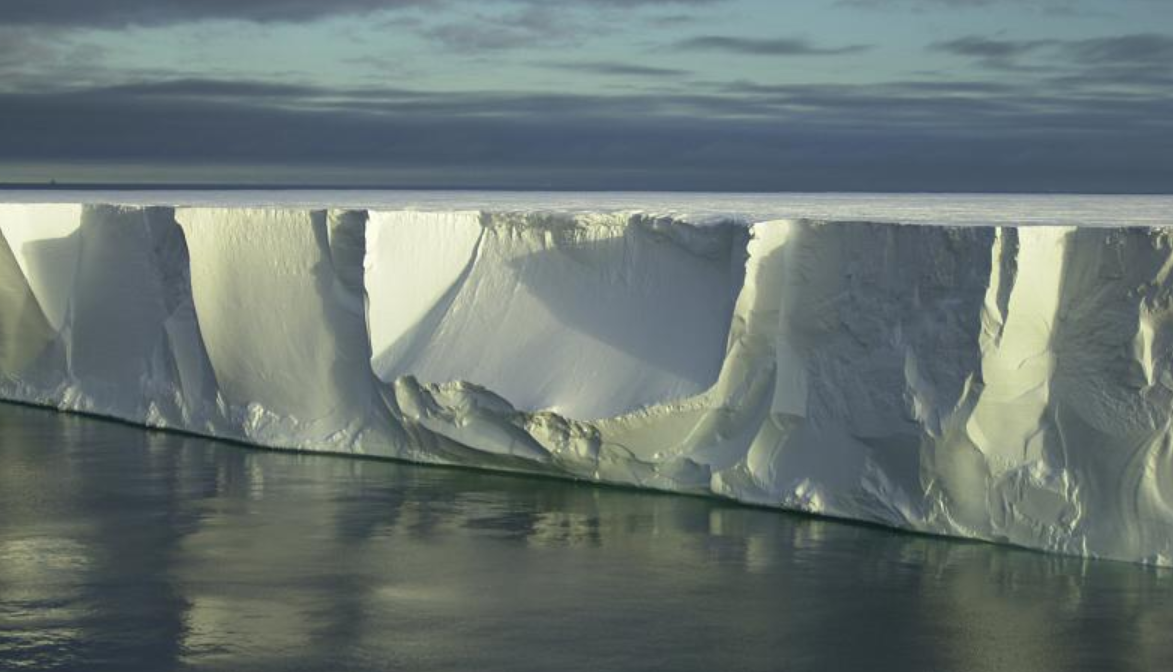 There are further warnings coming from both poles due to climate change.

In a paper published this week, scientists are warning that sea level rise could happen much faster than predicted, due to the state of the Antarctic ice.

The scientists examined the state of what is known as ice melange, a combination of ice shelf fragments, windblown snow, and frozen seawater, which acts as “glue” to bond together large rifts in the floating ice in Antarctica.

In a paper published this week in Proceedings of the National Academy of Sciences, scientists from the University of California and NASA examined the dynamics underlying the calving of the Delaware-sized iceberg A68 which split from Antarctica’s vast Larsen C ice shelf in July 2017.

They found that the likely cause was the thinning of ice melange, which has concerned the scientists: “The thinning of the ice melange that glues together large segments of floating ice shelves is another way climate change can cause rapid retreat of Antarctica’s ice shelves,” said co-author Eric Rignot, UCI professor of Earth system science.

Rignot added: “With this in mind, we may need to rethink our estimates about the timing and extent of sea level rise from polar ice loss—i.e., it could come sooner and with a bigger bang than expected.”

"we may need to rethink our estimates about the timing and extent of sea level rise from polar ice loss—i.e., it could come sooner and with a bigger bang than expected" ~ Eric Rignot, UCI professor of Earth system science https://t.co/RwhjBu09yY

If sea level rise was to happen either sooner or with a bigger “bang” than currently predicted by scientists, this could be catastrophic for many of the world’s low lying regions and coastal cities.

There is still great uncertainty over how much sea level rise will occur due to Antarctic melting. As two academics working on the region pointed out in the Conversation last week: “The Antarctic ice sheet is the largest mass of ice in the world, holding around 60% of the world’s fresh water. If it all melted, global average sea levels would rise by 58 meters. But scientists are grappling with exactly how global warming will affect this great ice sheet.”

Meanwhile there is troubling news from the other side of the planet, Arctic ice. September traditionally marks the end of the summer sea ice melt season, when the sea ice in the Arctic reaches its lowest point.

Due to climate change, the amount of sea ice has halved since the 1980s. Last week, two NASA scientists, who are studying sea ice, warned of the “relentless decline of Arctic sea ice in the face of climate change.”

The warning came after new data was released. This year, the Arctic sea ice reached its 2021 minimum on Sept. 16, which scientists from the US National Snow and Ice Data Center (NSIDC) calculated as being the 12th lowest on record. The NSIDC outlined how “In the 43-year-satellite record, 15 of the lowest minimums have all occurred in the last 15 years.”

The signs are not looking good. The less sea ice there is, the more the ocean absorbs heat, and less heat is reflected back out to space. All this means that the oceans warm up quicker.

Dr Zack Labe, a postdoctoral researcher at Colorado State University, told the website Carbon Brief about the research: “While not every year is going to set new records, long-term trends show that human-caused climate change will continue to warm the atmosphere and ocean and decrease the amount of ice cover in the Arctic.”

Meanwhile, the two NOAA scientists warned that this continued trend of declining sea ice over the summer means that “it’s looking pretty likely that summer ice-free Arctic conditions are not too far away.”