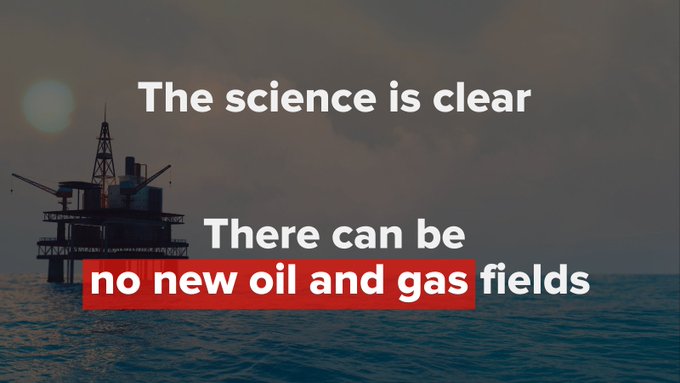 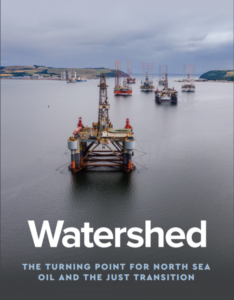 Friends of the Earth Scotland and Oil Change International

View the press release via Friends of the Earth Scotland.

Released ahead of crucial UN climate talks in Glasgow, Scotland, this report examines why UK and Scottish Government policy to maximise oil and gas extraction from the North Sea is incompatible with stated commitments to the Paris Agreement goal of limiting dangerous warming to 1.5 degrees Celsius (ºC).

The analysis provides an update to the 2019 report Sea Change: Climate emergency, jobs and managing the phase-out of UK oil and gas extraction, published by Friends of the Earth Scotland, Platform, and Oil Change International.

The 2019 ‘Sea Change’ report concluded that the carbon dioxide (CO2) emissions from the oil and gas in the UK’s already-operating oil and gas fields would exceed the UK’s fair share under the Paris Agreement. Yet, UK law requires every last drop of oil and gas that can be extracted profitably to be recovered from the North Sea, thanks to the principle of ‘maximising economic recovery’ (MER). Despite declaring a climate emergency in 2019, the Scottish Government’s policy remains to support MER – a stance that is incompatible with Scotland’s climate obligations.

This analysis shows that:

The report concludes that the UK and Scottish Governments must reject all new oil and gas developments, including the controversial Cambo oil field off Shetland.

To keep within 1.5ºC, in line with equity and climate justice, the report calls on the Scottish Government to end its support for MER, urge the UK Government to do the same, and redirect financial support from fossil fuels and carbon capture and storage to a just transition to a fully renewable Scotland, shaped by affected workers and communities.