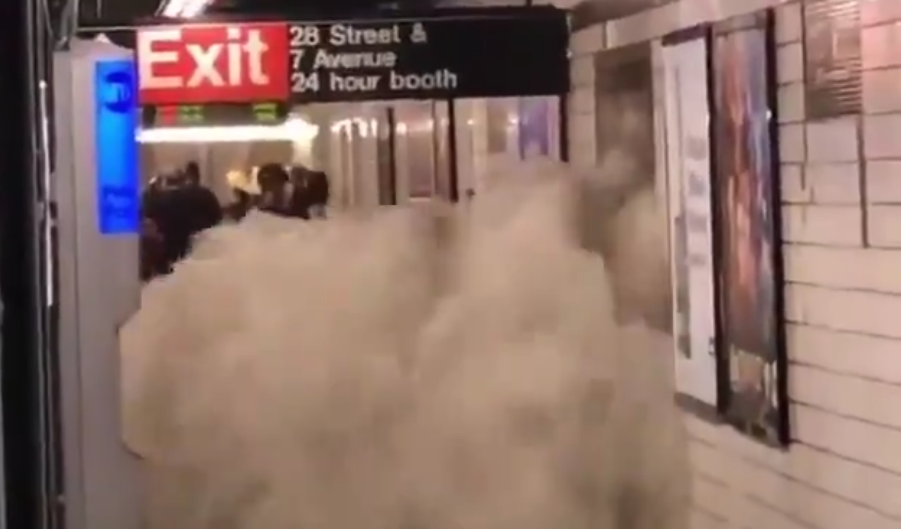 When Joe Biden walked into the White House earlier this year and stated that America is back on the international stage,  making climate change was a priority for his Administration, millions of people concerned about the issue breathed a collective sigh of relief.

The dark days of the Trump Administration was gone. Back in January I wrote: “we have a new Presidency. We have new hope.”

Biden promised to put environmental justice at the center of his administration’s thinking and also promised to end fossil fuel subsidies. His words at the time brought widespread praise from civil society groups.

The need for climate action has built every day since Biden took office, with devastating flooding in Europe and China. Meanwhile, there has been record fires in the Pacific Northwest.

Last month, it was reported that the unprecedented rainfall that caused deadly flooding across Germany and Belgium in July was made up to nine times more likely by the climate crisis.

Also last month, the IPCC report was issued, with the UN warning it was a “code red” for humanity and that we had to stop oil and gas drilling if we wanted a livable future.

They are not the only ones saying this. The world’s energy watchdog, the International Energy Agency (IEA), long seen a laggard on this issue, has now acknowledged that to limit warming to 1.5 degrees Celsius (ºC) and avoid the worst of the climate crisis, we must cease all new investment in the expansion of oil, gas, and coal supply beyond that already committed now.

Since then, the fires have continued to rage in the Western US. Tens of thousands of firefighters are working across the region to extinguish fires, notably at South Lake Tahoe, in California. Already the Dixie and Caldor fires have scorched over 1 million acres, and the fire season is really only just starting.

And since then, Ida has hit the Eastern US with devastating, destructive force, flooding New Orleans, and Louisiana, causing massive power outages that won’t be fixed until next week at the earliest.

Ida then poured “biblical” amounts of rain in New York and New Jersey, killing some 46 people, with unparalleled rainfall and flooding. The storm was so intense that people drowned in their basements and vehicles.

In response to Ida, Biden said the US was seeing the consequences of “the climate crisis.” The President added: “The past few days of Hurricane Ida and the wildfires in the West and the unprecedented flash floods in New York and New Jersey is yet another reminder that these extreme storms in the climate crisis are here. We need to be much better prepared.”

The most obvious way to prepare for climate change is to reduce the problem and stop drilling. But the opposite just happened. On Tuesday last week, as Ida was causing havoc, as lives were being lost in raising waters, Biden’s administration announced plans to open more than 80 million acres in the Gulf of Mexico for oil and gas exploration, having lost a legal fight.

The decision came after a court ruled against the administration’s pause in leasing. As AFP reported: “The decision represents a significant step back for the White House’s ambitious climate agenda and was quickly challenged by a coalition of environmental groups.”

It is not surprising that environmental groups are outraged. Up to 1.1 billion barrels of oil and 4.4 trillion cubic feet of gas could be exploited from the auction, unless it is stopped.

Healthy Gulf’s executive director Cynthia Sarthou told AFP: “In the aftermath of Hurricane Ida, it is clear that we need to be doing everything we can to transition away from fossil fuels to reduce the impacts of climate change such as stronger, more frequent hurricanes.”