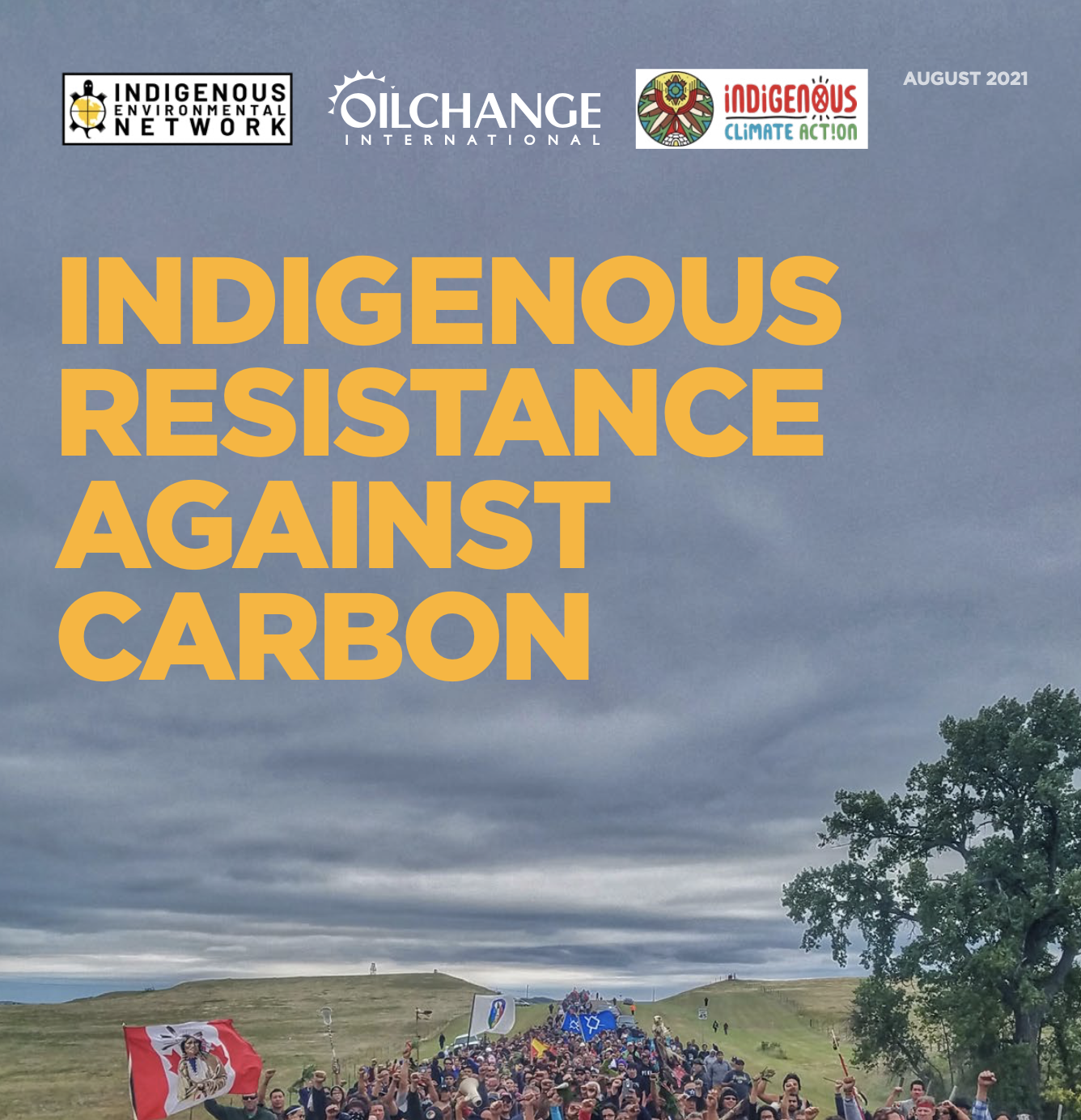 Indigenous Resistance Against Carbon seeks to uplift the work of countless Tribal Nations, Indigenous water protectors, land defenders, pipeline fighters, and many other grassroots formations who have dedicated their lives to defending the sacredness of Mother Earth and protecting their inherent rights of Indigenous sovereignty and self-determination. In this effort, Indigenous Peoples have developed highly effective campaigns that utilize a blended mix of non-violent direct action, political lobbying, multimedia, divestment, and other tactics to accomplish victories in the fight against neoliberal projects that seek to destroy our world via extraction.

In this report, we demonstrate the tangible impact these Indigenous campaigns of resistance have had in the fight against fossil fuel expansion across what is currently called Canada and the United States of America. More specifically, we quantify the metric tons of carbon dioxide equivalent (CO2e) emissions that have either been stopped or delayed in the past decade due to the brave actions of Indigenous land defenders. Adding up the total, we reveal that Indigenous resistance has stopped or delayed greenhouse gas pollution equivalent to at least one-quarter of annual U.S. and Canadian emissions.

The report highlights and analyzes 26 Indigenous frontline struggles in the past decade against a variety of fossil fuel projects across Turtle Island over all stages of the fossil fuel development chain. Our analysis reveals that Indigenous resistance to carbon over the past decade has stopped projects equivalent to 400 new coal-fired power plants, or roughly 345 million new passenger vehicles. Additionally, Indigenous resistance has helped shift public debate around fossil fuels and Indigenous Rights, while averting lock-in of carbon-intensive projects.

The report also recognizes that to protect Indigenous Peoples from threats fossil fuel infrastructure projects pose and undo systemic inequities embedded in society, our leaders must recognize the Self-Determination and inherent sovereignty of Indigenous Peoples to decide what happens in their own territories.

Our climate cannot afford new oil, gas, or coal projects of any kind; phasing out existing fossil fuel infrastructure will already be a monumental challenge. Indigenous resistance to carbon is both an opportunity and an offering — now is the time to codify the need to keep fossil fuels in the ground, to safeguard both the climate and Indigenous Rights.