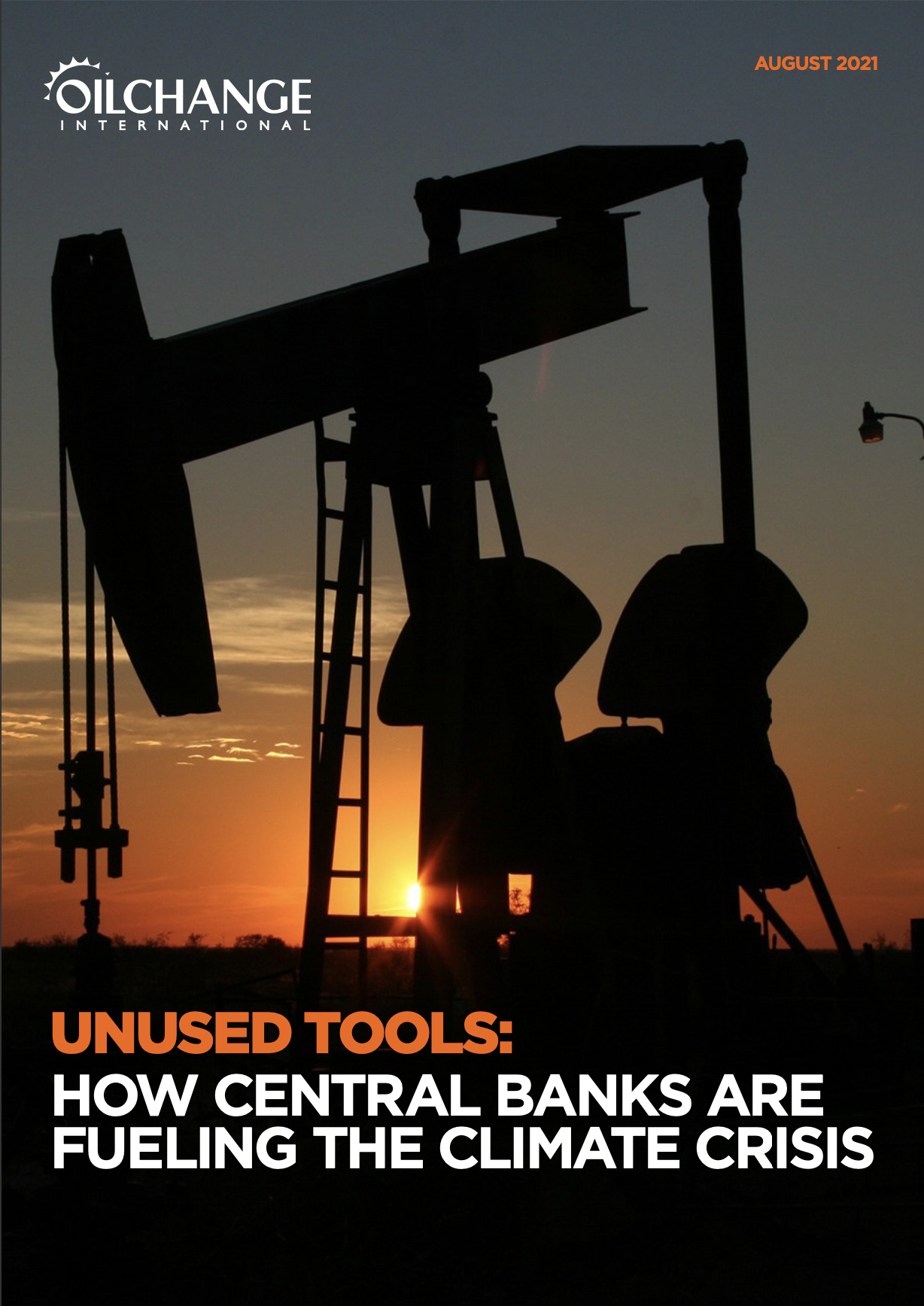 Central banks could play a critical role in catalyzing the rapid shift of financial flows away from oil, fossil gas, and coal. However, to date, central banks have instead tinkered at the edges.

With a few isolated exceptions — such as decisions by the French and Swiss central banks to partially exclude coal from their asset portfolios — central bank activity on carbon pollution and the climate crisis has been limited primarily to measures to increase financial market transparency.

While some central bank executives claim that tackling the climate crisis is beyond their mandates, at the same time they have positively reinforced fossil fuel financing, and even directly financed fossil fuel production.

The science is clear. Even the International Energy Agency (IEA) has now acknowledged that to limit warming to 1.5 degrees Celsius (°C) and avoid the worst of the climate crisis, we must cease all new investment in the expansion of oil, gas, and coal supply beyond that already committed now.

There is growing recognition that central banks must act to confront the climate crisis. They have the tools to catalyze and accelerate the end of financing for fossil fuels — through monetary policy, regulatory action, and excluding fossil fuel assets from their own portfolios.

But, with only limited exceptions, they are not using these tools. This report identifies 10 criteria for assessing central banks against the Paris Agreement’s objective, and applies them to assess 12 major central banks.