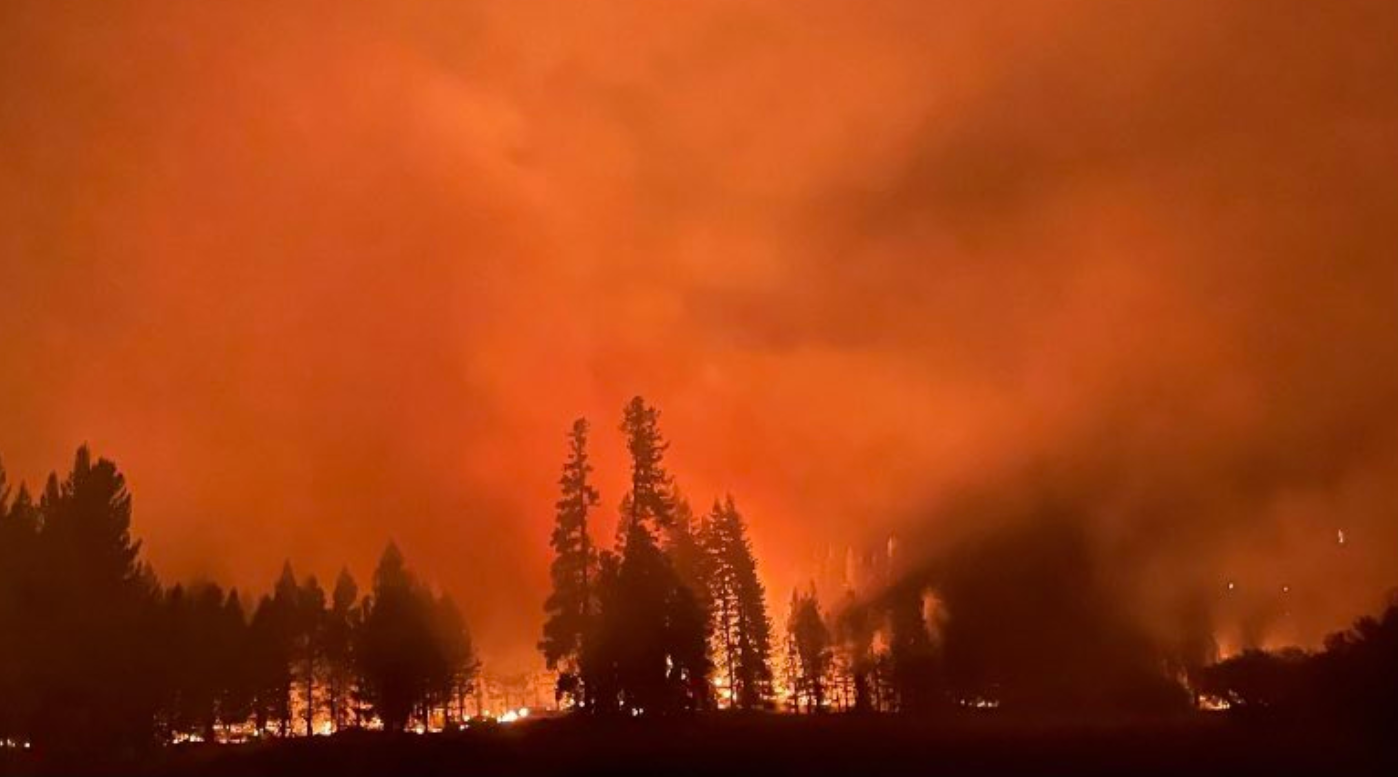 The need to act urgently on climate is now screaming from the rooftops.

As I write, fires and floods continue to dominate the news. In Southern Oregon, the massive wildfire known as the Bootleg fire is now over half the size of Rhode Island or a staggering 564 square miles.

Bootleg has become so big it is now creating its own weather with terrifying consequences and a firefighter’s worst nightmare as the fire becomes even more unpredictable. There are even warnings of fire tornadoes.

“The fire is so large and generating so much energy and extreme heat that it’s changing the weather,” Marcus Kauffman, a spokesman for the state forestry department told the New York Times. “Normally the weather predicts what the fire will do. In this case, the fire is predicting what the weather will do.”

He added: “It’s day after day of that extreme behavior and explosive growth. And you can’t really fight fire under those conditions. It’s too dangerous.”

The relentless heat continues with wildfire activity continuing in 13 states with 80 large fires burning. The US National Weather Service has a Red Flag excessive heat warning for most of the Pacific Northwest.

The Service said yesterday: “Along with the above average temperatures, the combination of extreme drought, gusty winds, and dry lightning could make conditions ripe throughout the west for new wildfires to form and spread uncontrollably.”

The Pacific NorthWest is not alone. According to the Capital Weather Gang:

FIVE separate heat waves are roasting the Northern Hemisphere at the same time, with all-time records in recent days in Turkey, northern Ireland, and northern Japan. Yesterday, it hit 110 degrees in Glasgow Montana! Take a tour and be ready to sweat: https://t.co/ncxq2U8zvp

Meanwhile in Europe residents of Germany, Belgium, and the Netherlands are still reeling from catastrophic flooding. Almost 200 people are believed to have died with more still missing.

There is a growing realization in wealthy western countries that climate change is no longer someone else’s problem. “I say this as a German: the idea that you could possibly die from weather is completely alien,” Friederike Otto, a physicist at Oxford University an expert in extreme weather and climate change told the New York Times.

For many the summer – once a time of such beauty, holidays and hope – is now a time of dread.

I first heard this expressed during the Australian wildfires last year (forgot who said it, sadly): summer was something we look forward to; it's becoming something we dread. #ClimateCrisis pic.twitter.com/NYaU0u9Vw7

Our extreme weather is now so bad that climate scientists believe their models are failing to predict how bad things might become. Philip Duffy, Executive Director of the Woodwell Climate Research Center, told the Axios website yesterday that any faster deterioration of extreme weather events “would only reinforce the message that current actions are not commensurate with the threat we face.”

We have known for decades that Big Oil has not responded commensurate to the problem. In fact Big Oil is in denial despite the daily climate carnage.

Two examples for you. It is two months since the global energy watchdog, the IEA released its first ever fully fledged energy scenario aligned with the urgent goal of limiting global warming to 1.5 degrees Celsius (°C). In the Summary for Policymakers, the IEA found that “there is no need for investment in new fossil fuel supply in our net zero pathway.”

Responsible companies would have taken this as the final warning that business as usual was no longer acceptable. But instead of acting responsibly, Big Oil is doing what it always does. Act in its own interest.

A new analysis published yesterday by InfluenceMap reveals that both Big Oil companies such as Shell, Exxon, and others, in addition to their lobbying associations such as the American Petroleum Institute, are trying to discredit the IEA’s 1.5 degree scenario.

It's been 2 months since the @IEA's landmark net zero report.

Our analysis of the initial response shows the oil and gas industry appears to have either tried to downplay it or ignore it. pic.twitter.com/hmW4gyH3Cg

It is also two months since I wrote about “tears of joy” after a landmark ruling by a court in The Hague in the Netherlands which ruled that Shell must reduce its CO2 emissions by 45% compared to 2019 levels within 10 years.

The legal case had been brought by Friends of the Earth Netherlands (Milieudefensie) together with 17,000 co-plaintiffs. The Judge in the case, Larisa Alwin, ruled that the oil giant must “at once” reduce its CO2 output.

At the time, Oil Change International campaigner, Laurie van der Burg, who before joining OCI worked on the Shell climate case for three years at Milieudefensie, said: “This is a massive win for people all around the world. The Court’s ruling is crystal clear. Oil and gas companies can no longer hide behind empty climate promises and green PR. They will need to cut oil and gas production and sales to bring their emissions down in line with 1.5°C.”

Instead of accepting the legal ruling, and beginning a massive transformation towards clean energy, Shell has done the complete opposite.

As Europe recovers from the floods and as fires still burn, the oil giant has confirmed it will appeal the ruling. The company remains in denial about our climate crisis.

Donald Pols, a director at Milieudefensie, told the Guardian the appeal aimed to postpone any action from Shell and warned that “the longer the delay the more serious the climate consequences will be for us all.”

And that includes more fires and floods. We reap what Big Oil sows.