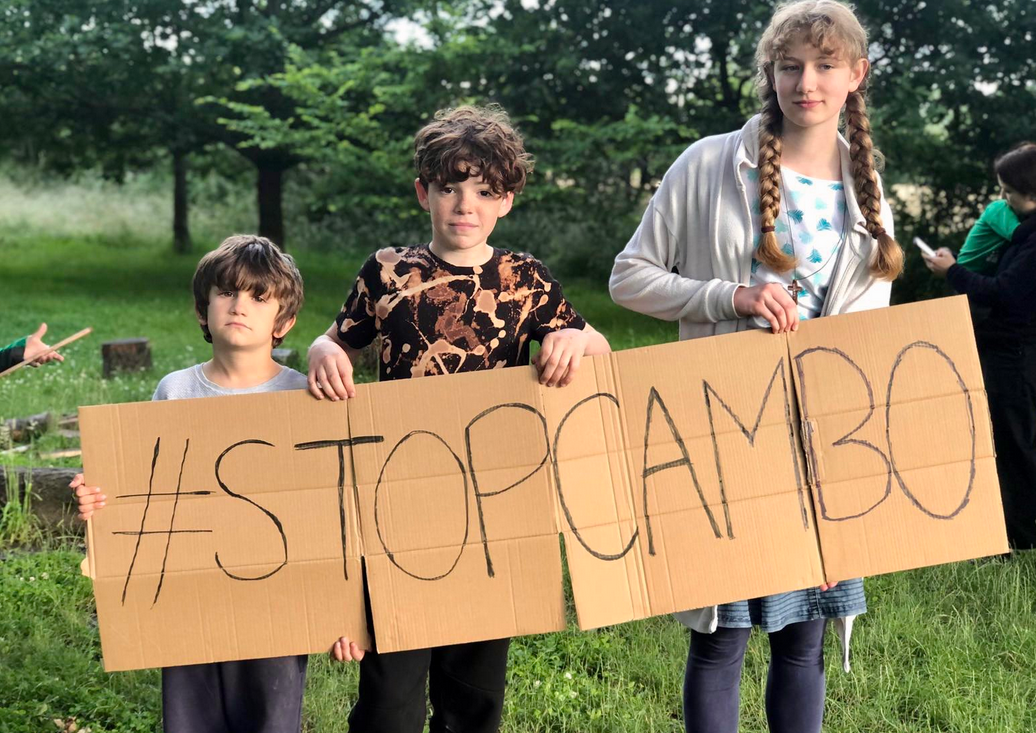 It is now thirty three years since the world renown climate scientist, Dr. Jim Hansen, then director of NASA’s Institute for Space Studies, testified before a Senate Committee, stating: “’It is time to stop waffling so much and say that the evidence is pretty strong that the greenhouse effect is here.”

This was the first time a leading scientist had warned that climate change was happening. “The greenhouse effect is real,” added Dr. Hansen, “ and it will have major impacts on all peoples.”

His testimony caused shockwaves around the world. “If Dr. Hansen and other scientists are correct, then humans, by burning of fossil fuels and other activities, have altered the global climate in a manner that will affect life on earth for centuries to come,” reported the New York Times.

Decades later we are living with daily evidence of Dr Hansen’s warning. Three years ago, I blogged how Hansen had been proved right. But since then, our climate emergency has gotten a whole lot worse.

Large areas of North America are now living in a deadly killer heat spiral. Day after day records are tumbling and people are dying. Not in their dozens, but in their hundreds, leading to what CNN reported today to “a mass casualty event.”

Meanwhile, The Guardian reports that the American West is stuck in a deadly cycle of “heat, drought and fire.” The heat now threatens the levels of Lake Meade, which provides drinking water to tens of millions.

And still the temperature gets hotter.

Death Valley has broken the reliable world heat record with 54.4°C (130°F) and then went on to record the hottest night in North American history. The mercury did not fall below a sweltering 42.0°C (107.7°F). pic.twitter.com/ojRwNBOSVN

As the world warms, the fires start. One such fire is named the Bootleg Fire in southern Oregon which doubled in size over the weekend to over 150,000 acres.

A 150,000+ acre fire that exploded in size over the weekend. pic.twitter.com/QdDDwfFJUP

And there is no respite in sight.

Looks like our next dangerous #heatwave (Delta) will build across the northern Rockies and northern Plains next week. A good chunk of Canada could be quite toasty, as well. The Southwest will finally see a rainy easterly flow monsoon pattern south of the building heat dome. pic.twitter.com/1zqBYR0VRt

As the old saying goes, if you are in a hole, stop digging.

We cannot carry on drilling for oil and gas. Indeed earlier this year, the International Energy Agency said that to meet the 1.5°C in the Paris Agreement, there should be no more development of oil, gas or coal projects.

But the US and UK are not listening, despite their green pledges.

Yesterday the AP reported that “approvals for companies to drill for oil and gas on U.S. public lands are on pace this year to reach their highest level since George W. Bush was president, underscoring President Joe Biden’s reluctance to more forcefully curb petroleum production in the face of industry and Republican resistance.”

And the UK Government, which is the host of the crucial UN climate talks later this year, is coming under fire from fourteen environmental groups and scientists to prevent the approval of a vast new oilfield called Cambo west of the Shetland Isles.

And one of those scientists is Dr. Hansen.

The Cambo heavy crude field contains over 800 million barrels of oil. In its first phase, the project expects to extract 150-170 million barrels – the equivalent of operating 16-18 coal-fired power stations for a year. It has been called one of the “largest undeveloped fields on the UK continental shelf.”

If approved as early as next year, Cambo would be producing oil and gas until 2050. It is 70% owned by private equity firm, Siccar Point Energy, and 30% by oil giant Shell, which seems to be blatently ignoring an order by a Dutch court to reduce its total global emissions by 45% by 2030.

The Godfather of climate science added: “We are already well above the safe level of global atmospheric CO2 – witness the near-overtopping of numerous atoll-island nations and the recent heatwaves and fires in Alaska, British Columbia, Oregon, California, and Australia.”

He called on the UK Government to “resolutely reject” the proposals.

Environmental groups are outraged too, calling the UK government climate hypocrites. Ryan Morrison, Friends of the Earth Scotland Just Transition Campaigner, called on the UK Government to sit down with people and communities who work in oil and gas to develop a plan of how we can rapidly transition away from oil and gas “in a way that is fair and brings their skills and experience to renewables and decommissioning.”

Friends of the Earth is running a petition against the Cambo oil field development. To sign it go here.