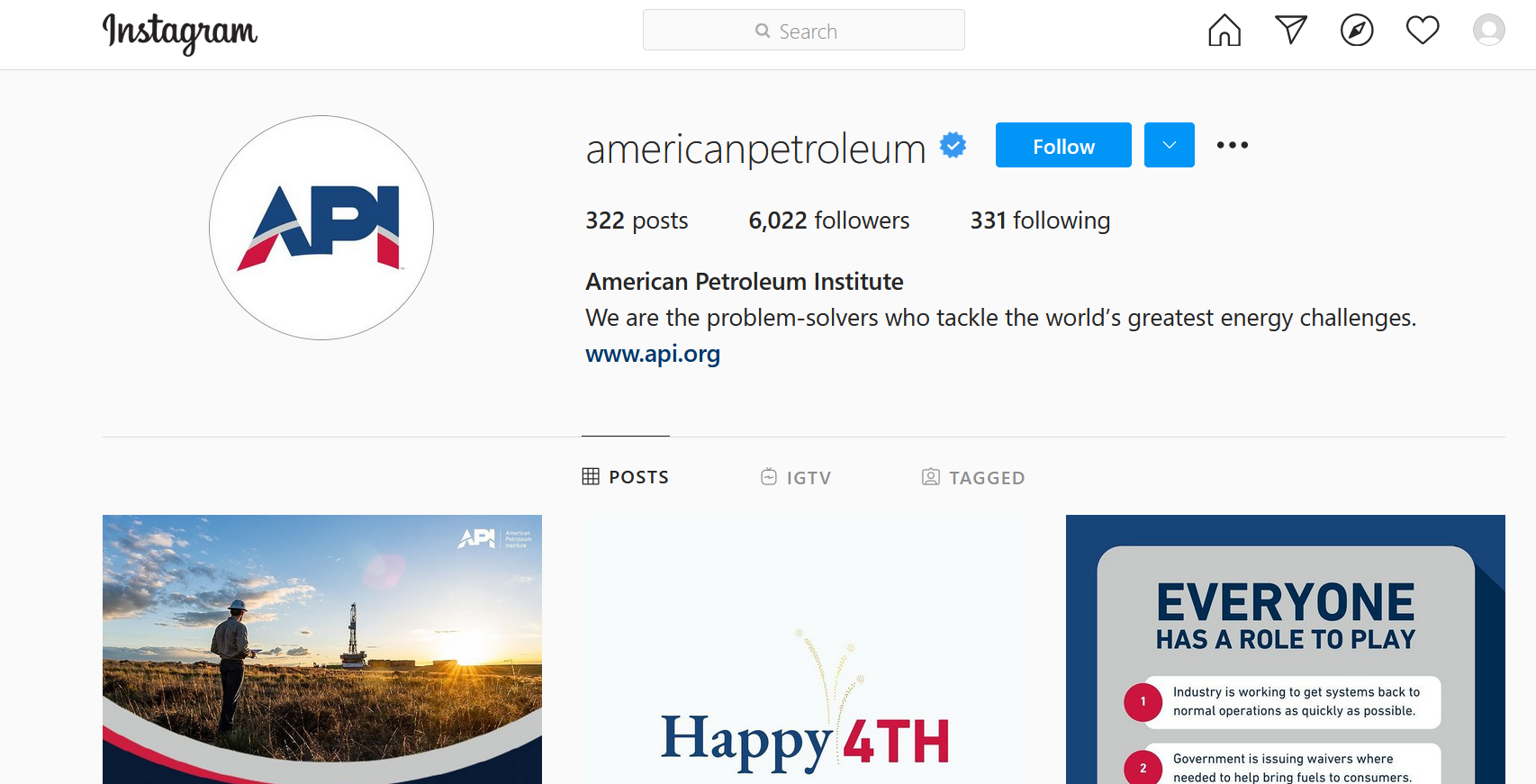 Where Big Tobacco leads, Big Oil follows in its deadly footprints. We know that the tobacco industry has used social media, including Facebook and Instagram to push its additive products to a whole new generation of users.

And so it should be no surprise that Big Oil is using social media in order to convince the younger generation that gas is green.

We are living in a climate emergency, with a heat dome affecting many parts of the Pacific U.S. and the country having experiencing its warmest June on record — this has not stopped the oil spin doctor’s peddling propaganda mixed with untruths.

A great joint investigation by Channel 4 news in the UK and InfluenceMap has found that oil industry lobbyists are using social media such as Facebook and Instagram to promote the continued use of gas and the myth that gas is a green fuel.

The fossil fuel industry has spent millions promoting gas on Facebook according to data obtained by the think tank InfluenceMap, while influencers are also being paid to champion the fuel, Channel 4 News can reveal. @siobhankennedy4 reports. https://t.co/kMD6xdcQT5

One sample they analyzed contained 6,782 ads promoting natural gas as a green or low-carbon form of energy supply. And the biggest spinner of this myth is the American Petroleum Institute (API).

Nearly 5,000 of these adverts were posted by the API, promoting “gas as a climate solution,” which has long been debunked by OCI and other groups. The Big Oil spin doctors spent $647,123 on these adverts, which were seen more than 54 million times.

Collectively, all the adverts analyzed by InfluenceMap were seen nearly 70 million times.

The fossil fuel sector is using Facebook to promote the continued use of gas.

Our analysis shows that in the US in 2020 alone, there were 6,782 ads which specifically promoted gas as clean/green/transitional fuel.

A quick look at the API’s Facebook page reveals that the Institute is still peddling myths and propaganda over gas, including over methane reduction, which has been recently debunked by OCI too.

The lobby group is also still demanding expansion of more oil and gas, despite overwhelming evidence that to keep emissions to 1.5°C we must expedite a rapid transition to renewables. The same myths are propagated on its Instagram feed too, with influencers also paid to promote gas stoves.

Faye Holder, a program manager at the InfluenceMap, told Channel 4 news that Big Oil was taking “scientific statements that have a degree of truth and manipulating them to kind of promote their own interests, which is a continued use of fossil fuels in this case.”

Weihl said the adverts were “part of their attempt to greenwash themselves and to shift the public debate to make sure natural gas continues to be part of the solution. And I think that’s a real problem.”

For more on how the API distorts the reality on climate-related issues, OCI has some great resources: