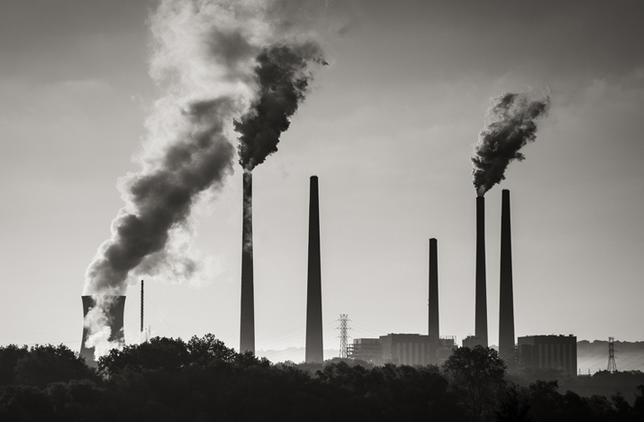 The history of climate change is one of increasing warnings from scientists for the need to reduce carbon emissions as soon as possible and the dire consequences if we do not act.

As report after report by scientists have been ignored, their warnings have become stronger.

And now a draft report for the Intergovernmental Panel on Climate Change (IPCC) has been leaked to news wire, the AFP.

Although already in draft form, the 4,000 page document is not due to be published until February next year, three months after crunch climate talks at COP26. It will come too late to make any real meaningful impact at the talks.

For those already living with the effects of climate change it will make grim reading. For others it should shake them out of any sense of complacency. “The worst is yet to come, affecting our children’s and grandchildren’s lives much more than our own,” the report says.

The AFP outlines how the report states that climate change will fundamentally reshape life on Earth in the coming decades, even if we reduce greenhouse gas emissions. “Species extinction, more widespread disease, unlivable heat, ecosystem collapse, cities menaced by rising seas — these and other devastating climate impacts are accelerating and bound to become painfully obvious before a child born today turns 30.”

The report warns that we are inching much closer to “dangerous thresholds” and “tipping points” than people realize for runaway climate change to accelerate.

We are running out of time. At the United Nations Paris climate talks in 2015, governments agreed to try and limit warming to 1.5 degrees Celsius to prevent catastrophic climate change. The scientists from the IPCC note that there is already 1.1 degrees of warming locked in, even if we stopped emitting anything tomorrow.

“Even at 1.5 degrees Celsius of warming, conditions will change beyond many organisms’ ability to adapt,” the draft report says.

The draft report also argues we are nowhere near keeping emissions to 1.5°C and that we are on track for 3°C of warming. This would be catastrophic, producing “progressively serious, centuries’ long and, in some cases, irreversible consequences.”

With two degrees of warming, melting ice sheets in Greenland and the West Antarctic could increase sea level rise by a staggering 43 feet and turn the Amazon into dry savannah, meanwhile melting permafrost in Siberia could release even more carbon into the atmosphere.

The report outlines how we need “transformational change operating on processes and behaviors at all levels: individual, communities, business, institutions and governments.” It goes as far as stating “we must redefine our way of life and consumption.”

It concludes bluntly: “Life on Earth can recover from a drastic climate shift by evolving into new species and creating new ecosystems…humans cannot.”

No wonder scientists are worried: Simon Lewis, Professor of Global Change Science at University College London, told the Guardian: “Put together, the stark message from the IPCC is that increasingly severe heatwaves, fires, floods and droughts are coming our way with dire impacts for many countries.”

Despite the warnings, the media and Governments and global institutions are still failing to act in a way that, in any way, reflects our climate emergency.

We know many media outlets are not linking the intense heat in the Western US to climate, as I blogged earlier in the week. Others also remain critical of the media’s coverage on climate.

Media never explain a basic reality: we're heading for +450 ppm of atmospheric CO? and horrific 1.5°C-2°C of global warming by the 2030s.

And to give you two examples of political and policy failure: Earlier today the UK Climate Change Committee published two progress reports, showing the country is seriously lagging on its key goal of 78% cuts to greenhouse gases by 2035. The Committee Chair, Lord Deben, said that the Government’s climate policies were “just not there. It’s very clear we need to step up very rapidly.”

Others used stronger language. Mike Childs, the head of policy at Friends of the Earth, told the Guardian: “With no climate action plan and his government’s support for more roads, runways, and an overseas gas mega-project, Boris Johnson risks being a laughing stock at the UN climate summit he is hosting in Glasgow later this year.”

And as OCI and other civil society groups pointed out earlier this week, the World Bank’s new Climate Change Action Plan for 2021-2025 represents “a colossal failure to end the Bank’s long-standing support for fossil fuels.”

The Plan includes no concrete new restrictions on World Bank finance for fossil fuels. Bronwen Tucker, Research Analyst from OCI, said: “The World Bank Group first pledged to align its finance with the Paris Agreement in 2017, and in 2021 we’re still waiting.”

Tucker added that the new plan “leaves the door open for continued large scale gas support.” And as we know, gas is no bridging fuel for our climate emergency.