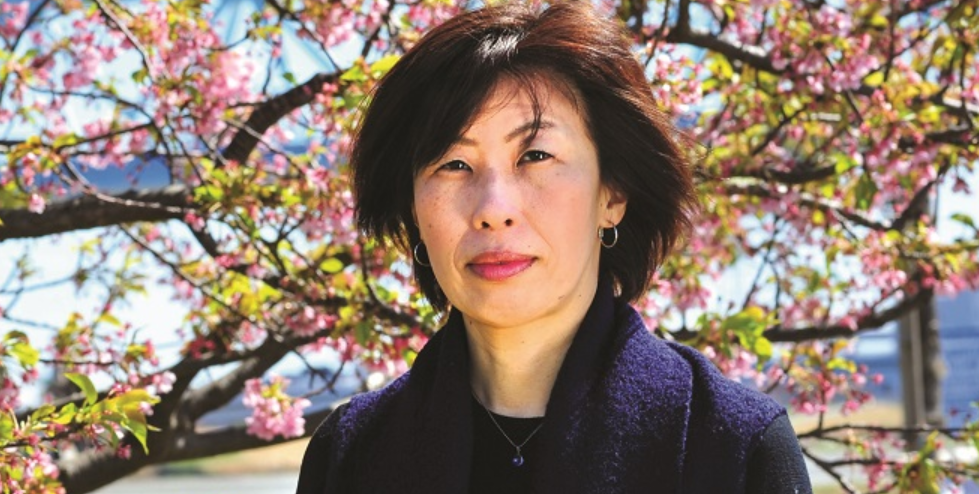 Sometimes one ecological disaster leads to another in a game of lethal dominoes.

When the Fukushima nuclear disaster struck a decade ago in 2011, international and domestic pressure led Japan to move away from nuclear power.

But it was out of the frying pan into the fire, swapping one ecological problem for another. In moving away from nuclear which at the time produced a quarter of the country’s electricity, Japan embraced the dirtiest fossil fuel, coal, as its major energy source.

Enter our colleague and amazing climate activist, Kimiko Hirata, who has spent years working to wean Japan off coal. She helped develop an extensive grassroots campaign supporting local coal fights, and has been a leader in the international No Coal Japan coalition which has elevated pressure on the Japanese government to stop financing overseas coal plants.

Kimiko Hirata is the international director and founding member of the Kiko Network, a Japanese NGO dedicated to halting climate change. She has worked on climate change as an issue since the nineties having been inspired by Al Gore’s book “Earth in the Balance”. She has been fighting for the climate ever since.

And Kimiko and the Kiko Network have been incredibly successful. Over the last few years, Kimiko’s  sophisticated, multi-pronged, grassroots anti-coal campaign, has led to the cancellation of 13 coal power plants (7GW or 7,030MW) in Japan. These coal plants would have released more than 1.6 billion tons of CO2 over their lifetime.

The carbon impact of Kimiko’s activism is the equivalent of taking 7.5 million passenger cars off the road every year for 40 years. In 2020, Kimiko and Kiko Network launched the Japan Beyond Coal campaign to achieve the phase out of coal-fired power plants in Japan by 2030.

In the international arena, Kimiko worked with the No Coal Japan coalition to successfully the Japanese government to stop financing overseas coal plants “in principle” last year. The coalition is continuing to fight to stop the financing of the remaining coal projects in Japan’s pipeline, Indramayu in Indonesia and Matarbari 2 in Bangladesh and is now setting its sights on ending Japan’s support for all overseas fossil fuel projects.

These successes on coal are the reason why Kimiko is one of the winner’s of this year’s Goldman Prize. The award is testament to Kimiko’s determination as well as the support and hard work of everyone in the No Coal Japan coalition.

It is also significant that she is also the first female Prize recipient from Japan, a country where it is notoriously difficult to influence Government policy. In response she tweeted:

So humbled to receive @goldmanprize .
This couldn’t happen without tremendous international support, collaboration and networking. And that empowered me and our work @kikonetwork in Japan. Thank you. We will keep going.

You can see why this is so important for the climate fight. Japan is the fifth largest carbon emitter in the world, the third largest importer of coal, and the only G7 nation with a significant pipeline of new coal power projects

Colleagues I have spoken to really admire Kimiko for her strategic leadership in the international coalition and her courage in organizing trailblazing tactics in Japan such as helping publish full page adverts in the Financial Times criticizing Japan’s expansion of coal.

She was also instrumental in organising a giant inflatable depicting then Japanese Prime Minister, Shizo Abe, emerging from a bucket of coal at the time that Japan was hosting the G20 in Osaka in June 2019.  This was seen as fairly risky in a country where publicly criticizing the government when it was in the international spotlight could have backfired.

“Kimiko’s courage and leadership in undertaking pathbreaking actions to influence Japan and address the climate crisis are an inspiration,” said Susanne Wong, senior campaigner with Oil Change International and facilitator of the No Coal Japan coalition.

Last year, Kimiko and Kiko Network filed the first climate-oriented shareholder resolution pushing the Japanese megabank Mizuho to align its investments with the goals of the Paris agreement. This resolution attracted significant attention within Japan and garnered 1/3 of shareholder votes. Kimiko and members of the No Coal Japan coalition are building on that success with another shareholder resolution filed this year with Japan’s largest bank MUFG.

Speaking to the media after the award, Kimiko said: “I think (our work) helped put the brakes on to a certain extent. But there are more coal plants than before, so in the broader sense we still face challenges and haven’t won a victory yet.”

She continued that “I’m hopeful, but we have no time to waste. Our future will be gone if we don’t act now. We have to change our way of thinking otherwise young people will become the victims” of climate change”.

She added that: “Momentum towards coal phase-out is growing worldwide. The trend and direction are right. The problem is the speed. Implementation has to follow more quickly after policy shifts. We see lots of vision and policy, but we need a real economic change.”

Kimiko is now looking forward to taking the climate fight to COP26 later in the year. “I hope the COP26 becomes a high political moment to increase ambition to collectively achieve the net zero goal and create a strong international trend to strengthen policies and accelerate actions,” she told the LifeGate website, before adding “It would be an opportunity for Japan to join the global effort and play an important role globally. Japan should fully prepare for it through strengthened policies, including the commitment to phase out coal by 2030.”