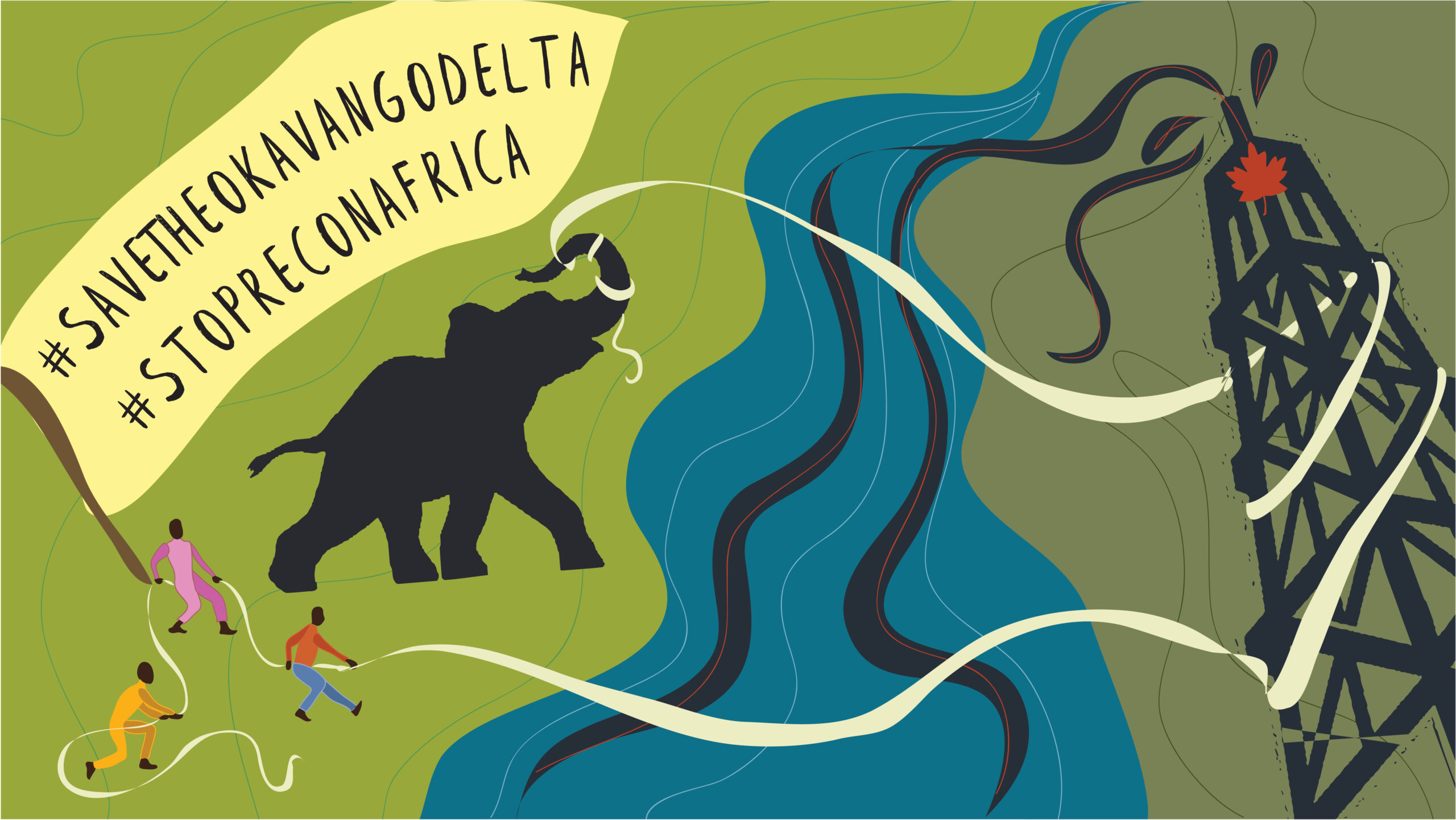 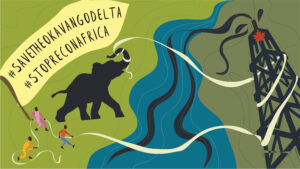 Today, 185 community and non-governmental organizations from around the world urged Prime Minister Justin Trudeau, the Ministers of Global Affairs Canada (Marc Garneau, Mary Ng, and Karina Gould), and other Canadian officials to investigate and take action on the plans of Canadian company ReconAfrica. ReconAfrica is currently undergoing exploration to develop what they estimate could be 60-120 billion barrels of oil and gas in northeast Namibia and northwest Botswana. If it proceeds, this development would take place on Indigenous San and Kavango territories upstream from the Okavango Delta, a UNESCO World Heritage Site and Ramsar Convention Wetland of International Importance.

In an open letter released as part of a week of action against the company ahead of their June 8 Annual General Meeting, signatories detailed the threats that ReconAfrica’s potential development poses for human rights, Indigenous rights, local livelihoods, drinking water for over 1 million people, the global climate, and a critical and world-famous ecosystem. The letter is signed by organizations from 22 countries, including 40 organizations based in southern Africa and 85 in Canada.

This call to action follows a whistleblower complaint to the U.S. Securities and Exchange Commission alleging ReconAfrica has misled investors in press releases and other promotional material, as well as a new report from the International Energy Agency showing new oil and gas fields are incompatible with limiting warming to 1.5 degrees Celsius.

The letter reminds officials that Canada’s international human rights law obligations require it to protect against human rights violations by Canadian companies and calls for a full investigation into the company’s plans with “full power to pursue appropriate remedy for abuses and monitor their implementation.” It also calls on the Canadian government to pursue all legal and diplomatic avenues to prevent any foreseeable environmental and human rights harms and to bar public finance for the company from Export Development Canada or other government institutions if the project does go forward.

Read the full letter in English here, and in French here

Organizations who signed the letter provided the following statements:

Ina-Maria Shikongo, Coordinator for Fridays For Future Windhoek: “The continuous climate denier mentality is one dominated by greed and ignorance. The right to clean water and food is a basic human right that Canada and ReconAfrica will be denying the people of the Kavango Basin and endanger the rest of the globe with the carbon bomb which they are about to release if this project goes on. Ignorance and Greed!”

Right Reverend Bishop Luke Pato, Anglican Bishop of Namibia: You came and defiled my land and made my inheritance detestable. Jeremiah 2:7. “We are guardians of the land for the generations to come. Namibia is the driest country south of the Sahara and our ground water is the heritage we leave for our children and grandchildren. We cannot risk drilling operations that pollute precious water sources, abuse indigenous rights and threaten the heritage site of the Okavango delta.”

Trusha Reddy, Women Building Power, Energy & Climate Justice Coordinator, WoMin African Alliance: “WoMin African Alliance is alarmed at the callous pursuit of oil and gas by Canadian company Recon Africa in the ecologically sensitive Okavango Delta that spans across Namibia and Botswana. There are already reported violations of local and Indigenous women by contractors coming into the area during the exploration phase. More harm, through capture of water and other resources, resulting displacement and pollution, is in the offing. We do not think that African women and their communities should be sacrificed for this relentless thirst for profit in a time of climate and ecological crisis. The resistance of affected women to this disastrous project in defense of their lands and livelihoods is already mounting and they will not be silenced.”

Jana Jandal Alrifai, Climate Strike Canada Organizer: “Communities around the world have suffered human rights and environmental abuses linked to Canadian extractive companies for far too long. The federal government has an important responsibility to stop this pattern by taking action on ReconAfrica.”

Bronwen Tucker, Research Analyst at Oil Change International: “Canada, like other wealthy countries, should be moving first and fastest to phase out its fossil fuel production and pay its fair share to support a just transition to renewable energy in Namibia, Botswana, and around the world. But another key part of this is ensuring that Canadian companies do not pursue irresponsible fossil fuel developments abroad, especially those like ReconAfrica’s which are poised to violate human rights and destroy critical ecosystems.”

Gabriela Jimenez, KAIROS Canada: “Canada is ignoring affected communities as well as its own expert advice by failing to give independence and real investigatory powers to the Canadian Ombudsperson for Responsible Enterprise. The government must adhere to internationally recognized human rights, Indigenous rights, and environmental frameworks and require Canadian corporations operating abroad to do the same. ReconAfrica’s plans are not just a liability risk for the Canadian government but a likely disaster for communities and the climate.”

Amy Giliam, African Climate Reality Project, South Africa: “African Climate Reality Project is distressed by ReconAfrica’s oil and gas exploration activities in Kavango Basin, which is set to undermine the rich life systems of the Okavango Delta and the people who depend on it. It’s yet another example of how profit and greed are prioritised over the rights and livelihoods of local communities, and how Africa’s nature and resources continue to be exploited. Local communities have a right to say no to ReconAfrica’s operations and we need to work together to amplify and safeguard their rights before it’s too late”.