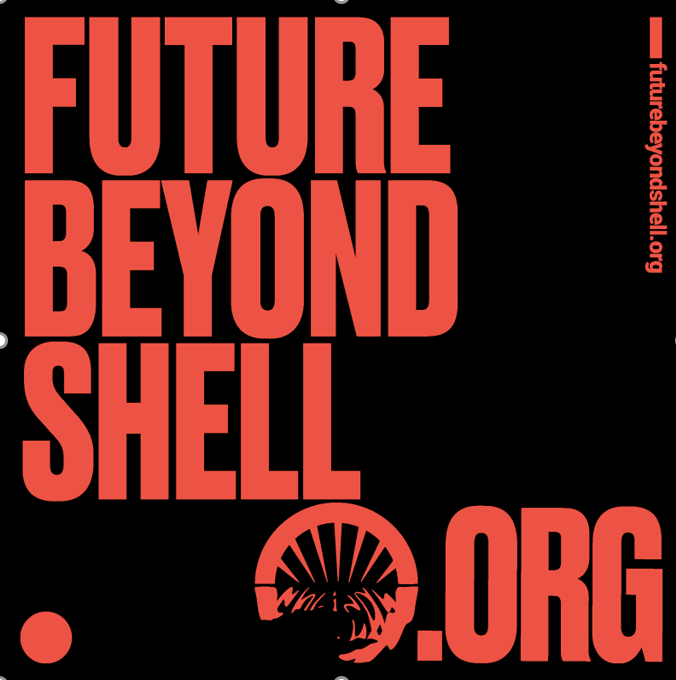 It is a question that I have had with climate campaigners on and off decades. What role should Big Oil play in any transition towards a renewable, cleaner, more just future?

Some have argued that it is only companies like BP and Shell that are big enough financially to be able to make the necessary investments to rapidly decarbonize.

Others retorted that such companies that have delayed and obstructed action on climate for decades, cannot and shouldn’t suddenly be part of the solution to the crisis they have created.

Shell, for one, wants you to believe it has a role to play in the transition. Nearly a year ago, in April 2020, Ben van Beurden, Chief Executive Officer of Royal Dutch Shell told investors that “Shell intends to lead and thrive through this transition to a low-carbon energy future…By 2050, Shell intends to be a net-zero emissions energy business.”

As I noted at the time: “So a company often vilified for being complicit in human rights abuses in Nigeria, of rampant pollution and ignoring the risks of climate change for decades, belatedly wants us to believe it is central to the climate fight.”

Five months later, Oil Change International, along with a coalition of civil society organizations, released a groundbreaking discussion paper which analyzed the climate plans of the oil majors, including Shell, and found that none of them “comes close to aligning with the urgent 1.5ºC global warming limit.”

One of the partners in the report was the Dutch organization, SOMO. Rhodante Ahlers, a senior researcher with SOMO, said, “this industry refuses to change. A century of toxic practices, exploiting people and planet, and refusing to pay their dues by avoiding taxation, should be enough reason to demand that the industry must change today and pay reparation for yesterday.”

SOMO and other partners like CodeRood, have now gone further, releasing a report outlining how Shell, far from being the solution to our climate crisis, is impeding a just transition. To coincide with the report’s launch, the groups have created a new website: www.futurebeyondshell.org.

The report outlines how the oil giant is impeding a just transition in four ways:

Obstacle 1: Shell remains driven by profit maximization. As the report outlines, “in the first two decades of the 21st century, Shell could have chosen to spend the USD $237 billion that went to shareholders and share buybacks, on making its fixed capital stock more climate proof. Instead of giving society its rightful dues by paying taxes, Shell has burdened the world with global warming.“

Obstacle 3: Shell undermines democratic decision-making. The report outlines how “Shell uses its privileged access to, and influence on, policymakers to secure and promote its own interests, including those relating to climate policy.”

Obstacle 4: Shell misleads the way. The report continues, “Shell uses scenarios, marketing campaigns, and misleading advertising to present an image of itself as a company indispensable in providing energy and able to guide society through the energy transition.”

As Ilona Hartlief, one of the authors of the report, argues, “Shell could have chosen to invest those billions of dollars in sustainable energy, and preparing the company for the just energy transition the world urgently needs.” But it did not.

“Every dollar spent on exorbitant pay-outs to executives and shareholders, or shifted to tax havens, was a dollar not spent on providing a decent wage, or retraining workers for climate resilient jobs, or cleaning up oil spills, or compensating communities, or achieving the target of zero emissions over the next 50 years,” adds Hartlief.

Also on the www.futurebeyondshell.org website, along with the main report, is a further report entitled: The Future We Want.

The report outlines the concept of “energy democracy,” which is central to any just transition. It’s clear that energy democracy cannot co-exist with a company like Shell. The second report imagines a future where human rights, decent livelihoods, healthy communities, and flourishing ecosystems are prioritized over profits, allowing people to recover ownership and control of their land, territories, and resources, and to build regenerative relationships with ecosystems and each other.

The report concludes, “in order to realize this vision, we will need to embrace the strength of our many diverse movements across hugely different contexts, but which are nonetheless united both by common enemies and the by bonds of solidarity.”

Having written about Shell’s horrendous toxic and destructive environmental and cultural impact for nearly thirty years now, I for one, cannot argue with that.

It is time to imagine a future without Shell.