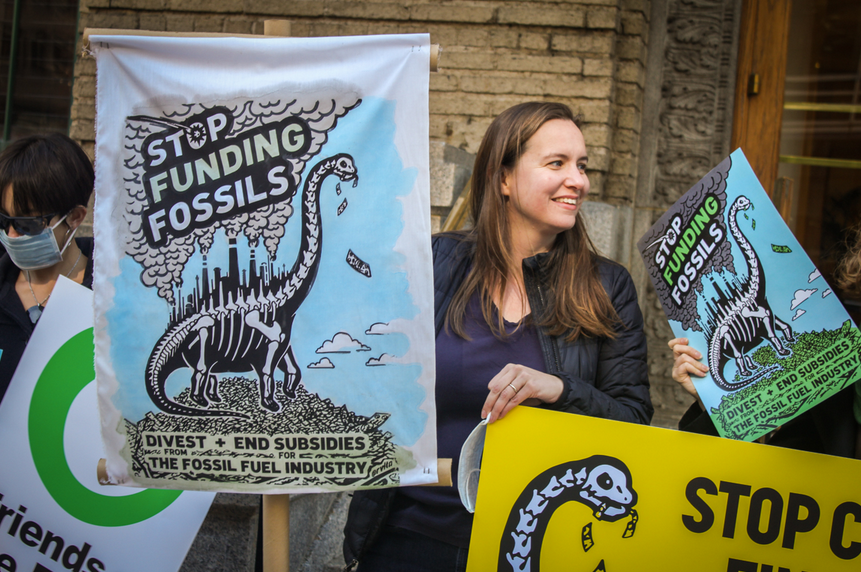 We are two weeks into a Biden Presidency, with the President set to announce further action and commitments on climate during his so-called “Climate Day” tomorrow.

Although Biden has moved quickly to try and repair the climate carnage and environmental vandalism caused by Trump, issuing landmark orders over KXL, Arctic drilling, and rejoining Paris amongst others, pressure is building both domestically and internationally for the President to do more.

According to the Hill, tomorrow Biden will announce plans for a summit to take place on Earth Day and sign an executive order that initiates a series of regulatory actions to “combat climate change domestically and elevates climate change as a national security priority.” While this looks promising, the Hill adds that “it does not offer additional specifics.”

One area that the President is coming under pressure is to take action over fossil fuel subsidies and finance. Yesterday, the EU once again reiterated that climate change is an “existential threat to humanity,” with Foreign Ministers saying they will put climate change front and center of the EU’s foreign policy.

The Foreign Ministers called for a global phasing out of polluting coal power and an end to fossil fuel subsidies.

The draft declaration to be signed yesterday stated: “The EU calls for a global phase-out of environmentally harmful fossil-fuel subsidies along a clear timeline.”

The document also added that “EU energy diplomacy will discourage all further investments into fossil fuel based energy infrastructure projects in third countries, unless they are fully consistent with an ambitious, clearly defined pathway towards climate neutrality in line with the long-term objectives of the Paris Agreement and best available science.”

This included ”phasing out of unabated coal in energy production and – as a first step – an immediate end to all financing of new coal infrastructure.”

The move was welcomed by climate campaigners. The Brussels-based campaigner for OCI, Laurie van der Burg, said, “ending government support for fossil fuels is a no-brainer. Globally, governments are still propping up fossil fuels with huge sums of public money, behaviour that is incompatible with keeping global warming below 1.5ºC.”

Van der Burg added: “President Biden has committed to end fossil fuel subsidies and dirty energy finance, and in December, the UK announced an end to their overseas public finance for fossil fuels. This creates a powerful opportunity for the EU, UK, and US to collaborate to finally end government-backed finance for oil, gas, and coal ahead of the UK-hosted UN climate summit in November.”

Wendel Trio, director at Climate Action Network Europe, added that the EU’s announcement was “an important step” to build “strong diplomatic alliances both with big emitters and climate vulnerable countries on climate mitigation and adaptation efforts.”

The EU’s move comes at a perfect time for the new Biden Administration and is a clear signal that the Union wants to work with the U.S. in driving clean energy and ending our fossil fuel addiction.

During his campaign to become President, Biden made commitments to end finance for dirty energy projects.

It is time for Biden to join with the EU transforming international finance to address climate change. Tomorrow’s “Climate Day” is Biden’s chance to show that his commitment to becoming a climate leader is gathering real momentum. Will he take it?