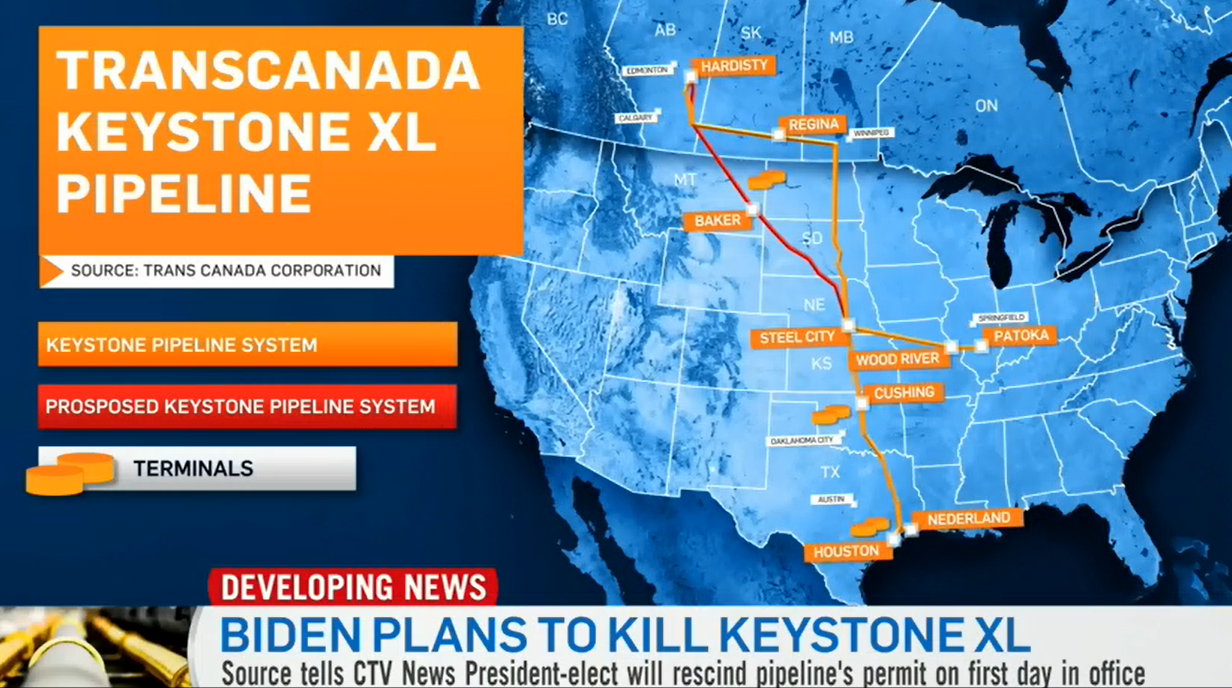 There are less than 12 hours left until America is back from the brink. The bright winds of change will be formalized today when Joe Biden is formally inaugurated as the next President of the United States.

And already, from a climate perspective the signs are encouraging, even though the task to unpick the damage wrought by the Trump Administration will take years, and continued pressure is needed to ensure Biden’s team keeps other climate promises as well.

We already know that the President-elect will imminently re-join the Paris Climate Agreement, after the climate denier in chief Donald Trump, pulled out to widespread international condemnation.

But there is more. There are numerous press reports that Biden also plans to scrap the highly controversial $9 billion Keystone XL pipeline, which has been subject to a fifteen year old fight over transporting some 830,000 barrels a day of dirty tar sands from Canada to the US. Scrapping the pipeline was a key Biden election pledge.

The fight over the pipeline has become one of the most symbolic and iconic climate battles of our time, and has pitted a coalition of First Nations, environmentalists, landowners, farmers, ranchers and other land defenders against the might of the oil industry.

According to the Post: “Biden plans to rescind the cross-border permit the project needs to operate.”

It is worth remembering that the pipeline has been subject to Presidential tit-for-tat. President Obama rejected the permit in 2015 due to its climatic impact, only for Trump to signal his zealous pro-fossil fuel agenda by re-approving it on his third day in office. It is still not complete as the pipeline remains embroiled in numerous legal cases.

Bronwen Tucker from OCI told CTVNews that the announcement was “good news” on all fronts. She said that if Biden had gone forward with KXL, it would have sent the signal that expansion of the tar sands was “something we can afford for the climate and economically.” It is a sign that Canada, and especially oil-rich Alberta, needs a wake-up call as they are continuing to heavily subsidize the industry while global markets and politicians move on.

BREAKING! Leaked briefing shows that Biden plans to rescind KXL pipeline on Day 1!! This will be HUGE!!! #NoKXL

I welcome this amazing news & wonder when exec. action on Line 3 will come! #BuildBackFossilFree
https://t.co/q8C6ngkvJz

Jane Kleeb, founder of the anti-pipeline group Bold Nebraska, told the Post that if Biden cancelled KXL it would be “showing courage and empathy to the farmers, ranchers and Tribal Nations who have dealt with an ongoing threat that disrupted their lives for over a decade. j marks healing, hope and a path for the clean energy that builds America back better.”

The president-elect is also expected to make other imminent pro-climate decisions, including reversing Trump’s undoing of the rules that limit the amount of emissions from methane, the potent greenhouse gas from oil and gas drilling operations.

All of these expected promises are extremely welcome. However, as the Guardian points out, climate experts suggest that simply either “re-establishing Barack Obama’s climate policies” or trying to reverse the worst of Trump’s excesses “will not be enough to help the world avoid the worst ravages of heatwaves, flooding and mass displacement of people.”

There is so much more to do, but these are welcome first steps. There are more pipelines that need to be cancelled too. As Indigenous Climate Action tweeted a few days ago: