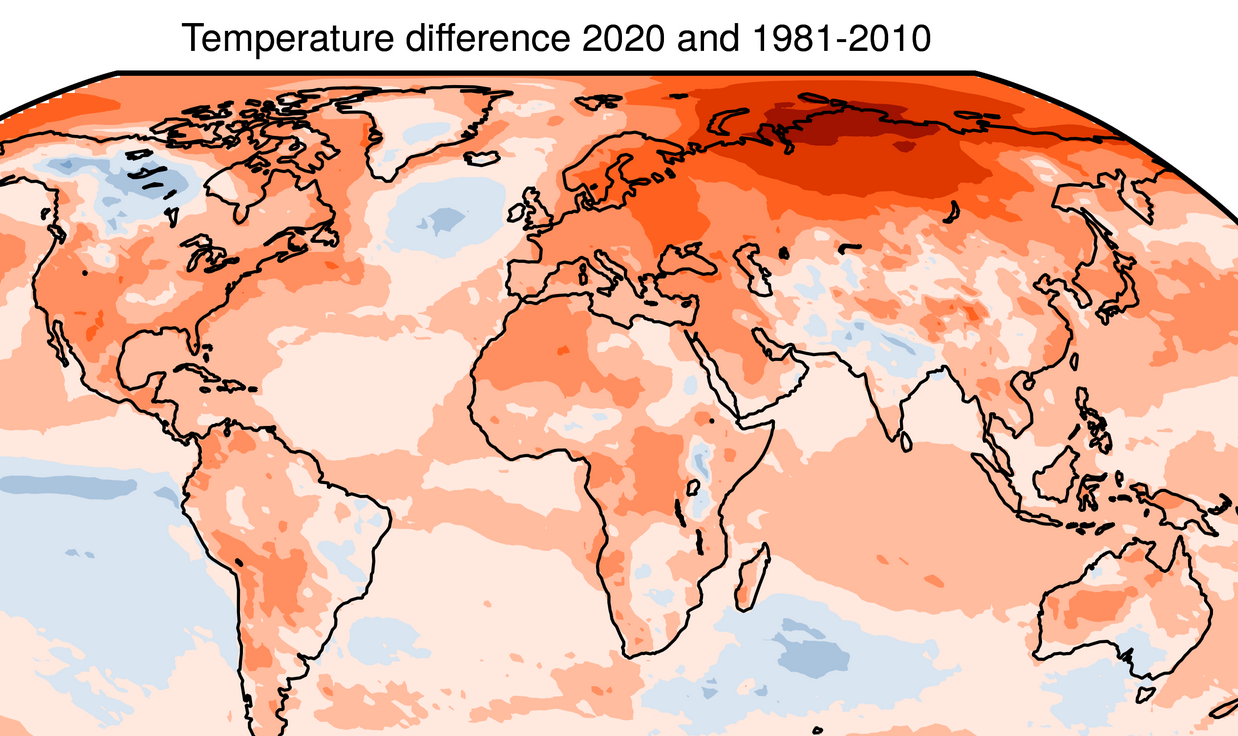 A year ago this week, much of Australia was reeling from the bush fires sweeping viciously across the country.

But its leaders were still in denial about climate change, despite the carnage caused by the fires.

A year ago today, my blog criticized the Australian Government’s response to the fires after one of the government’s MPs, Craig Kelly, had appeared on British television to falsely state “to try and make out that somehow or other the Australian Government could have done something by reducing its carbon emissions that would have reduced these bushfires was just complete nonsense.”

Kelly was widely ridiculed for his comments. The blog was entitled: “Australian Government’s Climate Stance Remains “Unmoved” – Despite $4.4 Billion Cost of Bushfires.” It summed up how often governments have not taken our climate emergency seriously.

Despite the COVID-19 pandemic, our climate crisis was never going to go away. At the time, I included a tweet from Ed Hawkins, the climate scientist:

And he was right. Every year we are getting hotter. The future we feared is now here.

Despite the reduction in global economic activity due to the pandemic, the leading climate center, the Copernicus Climate Change Service today tweeted:

??2020 was the joint hottest year on record globally, and the hottest year ever recorded for Europe?? @CopernicusECMWF also highlighted a continued rise in CO2 concentrations.

So globally 2020 was tied with the previous warmest year 2016, making it the sixth in a series of exceptionally warm years starting in 2015. Meanwhile the last decade 2011-2020 was the warmest decade ever recorded.

Meanwhile, Europe saw its warmest year on record, 0.4°C warmer than 2019 – which was previously the warmest year.

As worrying is the fact that, despite the pandemic, CO2 concentrations in the atmosphere continued to rise last year at a rate of approximately 2.3 ppm/year in 2020, reaching a maximum of 413 ppm in May 2020.

Scientists outlined once again how the Arctic has experienced some of highest temperature rises. They record how “parts of the Arctic and northern Siberia saw some of the largest annual temperature deviations from average last year, with some locations even over 6°C for the year as a whole.” Even on a monthly basis, the largest temperature anomalies repeatedly reached over 8°C.

These temperatures had consequences with the wildfire season being seen as “unusually active” in the Arctic. As a result, poleward of the Arctic Circle, fires released a record amount of 244 megatons of carbon dioxide in 2020, over a third more than the 2019 record.

Meanwhile, the UK Met Office, another leading climate modeling institution today predicted that later this year we will pass an historic milestone where CO2 in the atmosphere will reach levels 50% higher than before the industrial revolution.

Professor Richard Betts MBE, who leads the production of the Met Office’s annual CO2 forecast, said “The human-caused build-up of CO2 in the atmosphere is accelerating. It took over 200 years for levels to increase by 25%, but now just over 30 years later we are approaching a 50% increase.”

Profesor Dave Reay, at the University of Edinburgh added in an interview with the Guardian, that “COVID-19 lockdowns around the world may have caused a slight dip in emissions, but the CO2 accumulating in the atmosphere is still going up fast. Unless the global economic recovery from the nightmares of 2020 is a green one, the future of many millions of people around the world looks black indeed.”

That is why we need to start a just transition now and #BuildBackFossilFree.