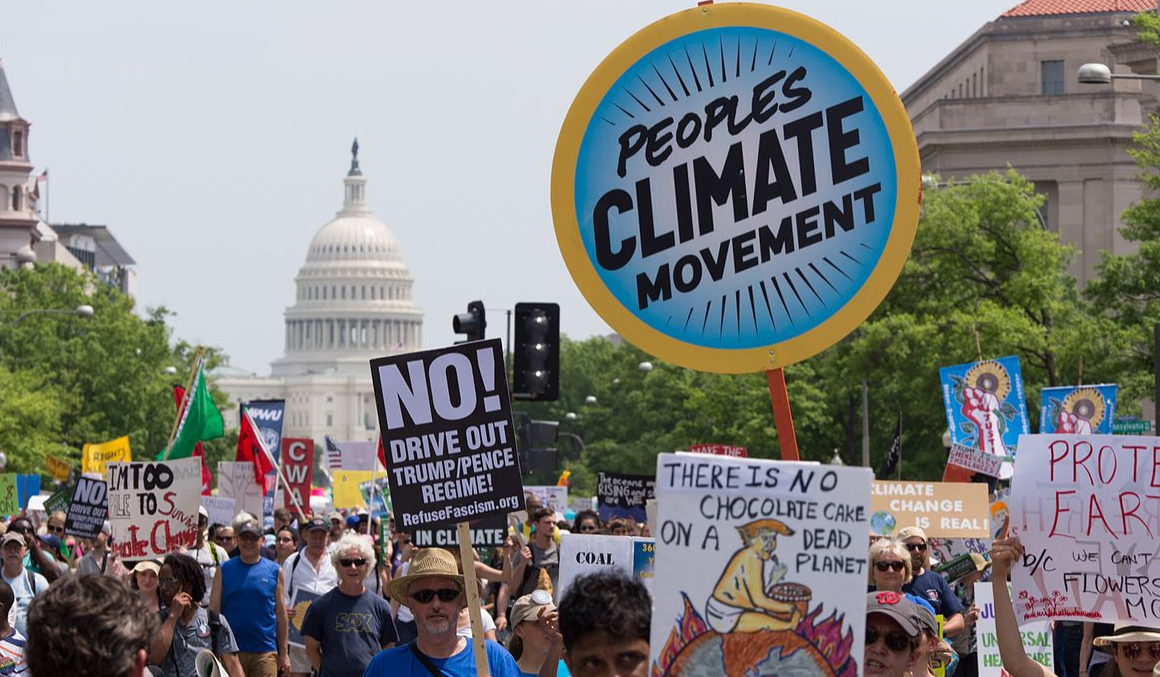 Welcome to 2021, a year which we hope will bring transformative change and unstoppable momentum on climate change, ending with COP26, the crucial climate conference in Scotland at the end of the year.

As the world hopefully moves from the end of a COVID-riddled world into the beginning of a just transition away from fossil fuels, there is hope on the horizon.

Before hope comes reality. We face the last near despotic chaotic days of a dying Trump Presidency, where Trump is trying to overturn the democratic voice of the people. In his last few unpredictable days in office, one thing is certain: He will still try and do the bidding of the oil industry by opening up the Arctic National Wildlife Refuge (ANWR), ignoring the majority of Americans who oppose such plans.

Today, the Trump Administration will try and auction off parts of ANWR. Yesterday, according to the Guardian, “the Trump administration also dramatically expanded the area where the government can lease public land for oil drilling to the west of ANWR.

The plan, according to the paper, “would allow drilling in 82% of the National Petroleum Reserve-Alaska, an area bigger than the state of West Virginia.”

Trump carries on drilling and ignoring the climate scientists who continually point out we are in a climate emergency. As one meteorologist pointed out yesterday:

Earth has a fever in more ways than one. Some places averaged + 5-7 °C warmer than normal for the ENTIRE YEAR of 2020.

An enormous area of anomalous warmth plagued Arctic Siberia effectively all year but it was not just the Arctic where we saw record shattering warmth.

As Trump sells the country’s crown jewels, others are acting. Today sees the start of the Project Drawdown conference, pushing climate solutions with inspiring speakers.

How can we accelerate #climatesolutions and collaborate on the global response to climate change? Join Christiana Figueres, former Executive Secretary of @UNFCCC at #NCSEDrawdown2021 and participate in building a brighter future. Register now! https://t.co/ULKxNGelZe pic.twitter.com/9oNAdrzdYH

Despite Trump’s antics, there is real climate momentum coming into the New Year, with two important actions by governments last December, both of which are worth repeating.

Firstly, the Danish government agreed to end to all oil and gas exploration and extraction in the North Sea by 2050, as well as cancel its latest licensing round, which was seen as a real milestone by climate groups.

Days later, the UK government announced plans to commit to end the UK’s overseas fossil fuel financing “as soon as possible,” with significant progress to be made by the time of COP26 later this year.

Responding to the recent news, Laurie van der Burg, a senior campaigner at OCI said: “This is a powerful signal that the era of governments propping up deadly fossil fuels with public money is coming to an end.”

Now other Governments, including the U.S., must act to stop overseas fossil fuel finance.

There is growing pressure on President-elect, Joe Biden, when he takes office later this month to act. He has already said he will rejoin the Paris Agreement, but he needs to do more. One simple thing would be to ban overseas fossil finance.

Just one of the U.S. banks, the U.S. Export-Import Bank (Ex-Im) provides about USD 5 billion a year to fossil finance. Biden can act unilaterally to stop this.

But there is also much more he can do. Just before Christmas, organizations representing millions of environmental, racial, and economic justice advocates launched a new campaign to demand bold climate action from Biden.

OCI is one of those groups. Speaking at the time, Collin Rees, senior campaigner with OCI said: “Joe Biden has committed to bold climate action like stopping Keystone XL and ending fossil fuel subsidies. We plan to hold him to those promises and push for the transformative action to confront fossil fuels and equitably build back better, stronger, more equitable, and fossil free.”

And so the climate justice fight will intensify this year in the run up to COP26. Help us, join us. Together we can make a difference.