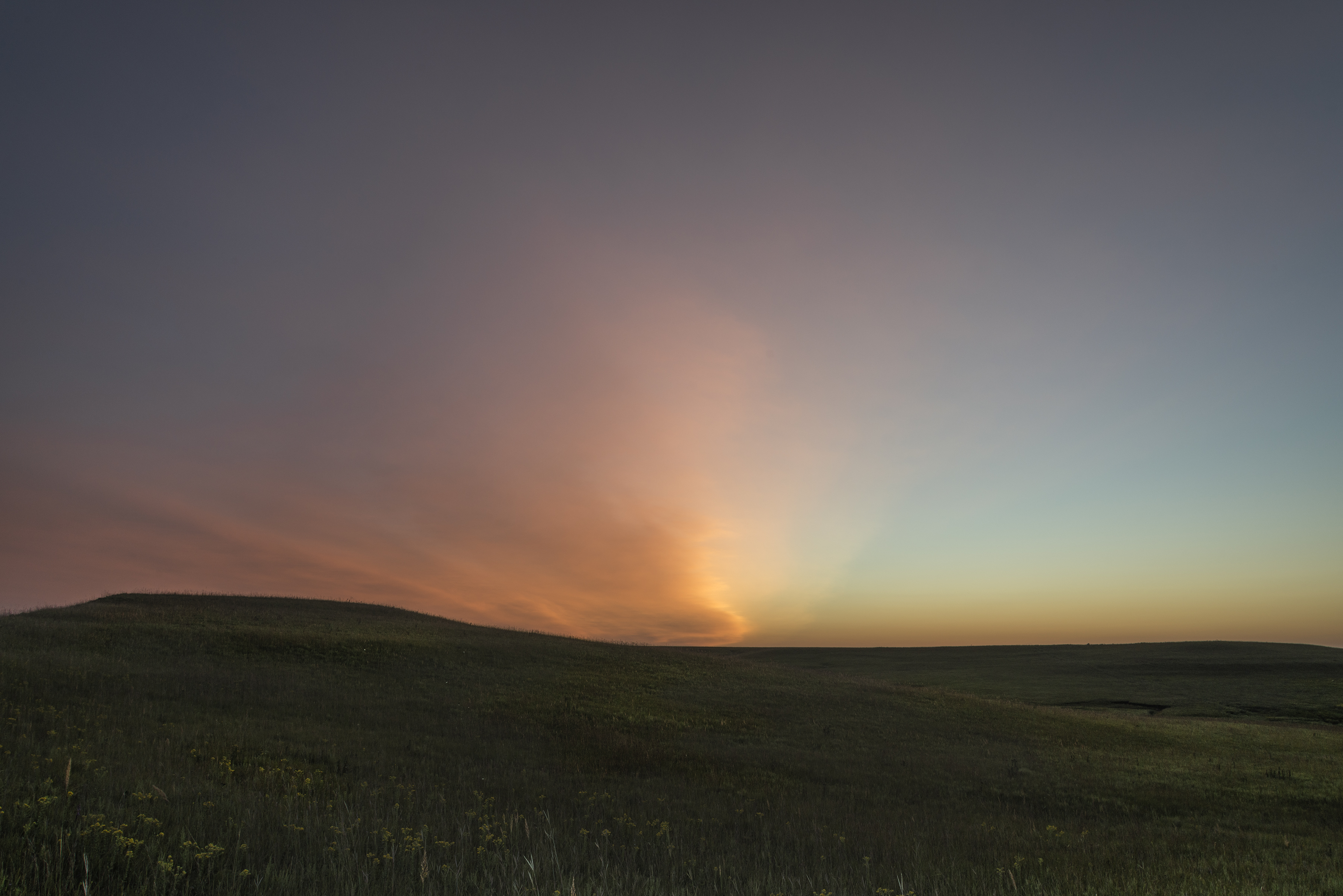 Oil Change International Board Member Rebecca Solnit contributed the following piece, for OCI, on the recent wildfires and smoke in the American west.

We inhaled incinerated forests for days. Grasslands, towns, outlying homes, chaparral, but especially forests burned up and down the far west from southern California to the Colville Indian Reservation in Washington and beyond. Some days the smoke has been so thick and the air quality so bad from the unprecedented scale of wildfires that we’ve been advised not to leave our homes. For nearly a week, Portland, Oregon, usually a city with cool, clear, fresh air, had the worst air quality in the world as well as tens of thousands of evacuees crowding into the city from the surrounding catastrophe.

And then the smoke began to travel east, and I watched photographer friends post pictures of a wall of smoke rolling over the Kansas prairie, of smoke turning the Great Lakes into an orange-gray mirror for an orange-gray sky. Then it reached the eastern shores of the continent; I heard about our smoke reaching Maine.

People who might never have been to our states, people who had never walked through the luscious, fern-and-moss-bedecked dampness of a redwood forest, were inhaling our forests too. And not just forests: homes, photo albums, wedding dresses, stuffed animals, but also salamanders, owls, lichens, were turned by fire into ashes, wreckage and airborne particles that darkened the sky.

Here in San Francisco we had one nightmarish day, September 9, when the sun rose in a sickly yellow sky and then the day got dimmer and dimmer, the sky more and more orange until we had darkness at noon. It felt as though even the rhythm of day and night was broken.

This is climate catastrophe. Just in the United States, it is taking place simultaneously with five tropical storms in the Atlantic Basin last week and Hurricane Sally bringing wind and rain, flood and destruction, to a devastated south.

And despite this, despite the forest ash in my lungs that makes me cough as I write, there is good news as well. The COVID-19 pandemic has intensified and accelerated the crisis in the fossil fuel industry, and the dramatic climate crises have fortified public will into action.

My friend and Oil Change International’s friend, oil policy analyst and journalist Antonia Juhasz published a timely report with the cheering title “The End of Oil Is Near.” She wrote what OCI has also been documenting this year: “Today, the global oil industry is in a tailspin. Demand has cratered, prices have collapsed, and profits are shrinking.”

This is a crossroads. The fires, the floods, the heat, the melting tell us how urgent it is. But the financial and industry news tells us that urgency has somewhere to go: to push harder to defang and dismantle the fossil fuel industry, and to protect communities along the way.

As our name evinces, this is what we were born to do. As Antonia wrote in Sierra Magazine, “To lock in the production cuts that have already been implemented and go beyond them requires keep-it-in-the-ground policies that are based on a ‘managed decline’ in oil production.” The oil industry is sick and dying and it would like to take you and me and more forests and communities with it, and it will, if we don’t check it. But we can check it.

Here in California, despite the burning forests and acrid air, our government continues to allow the oil and gas industry to frack our state. But more and more, Californians are demanding a shift, and they need your voices to join them. Governor Newsom challenged President Trump on climate while he was recently in the state, and yet our Governor continues approving permits for more oil drilling. We need to tell him to stop.

Just north from me in Oregon, our friends, the amazing activists at Rogue Climate in Southern Oregon, who have been fighting fossil fuel projects for years, face the harsh reality of their offices turned to ash and their community in disarray after an unusually fast and ferocious fire tore through their town. They’ve sprung into action, like the fearless organizers and activists they are, to support their community through a new “Rogue Valley Relief Fund.” You can join the effort by donating here.