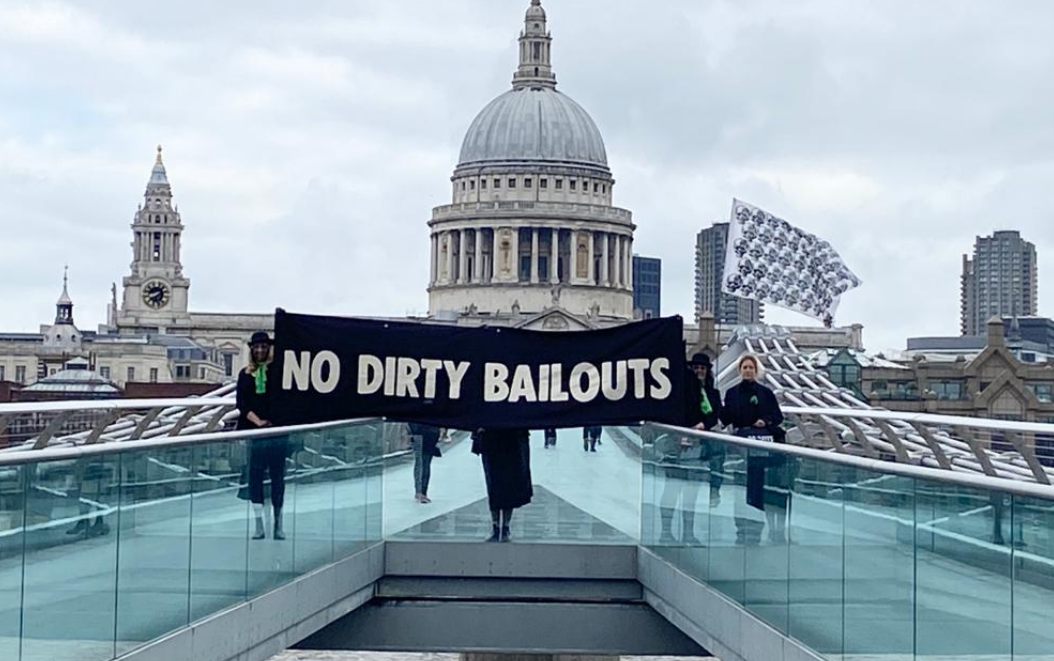 For months, a growing chorus of activists, academics, analysts, financiers, and frontline communities have clearly articulated that there should be no Big Oil bailout as governments plot COVD-19 recovery plans.

Their voices join many others in arguing that we need a global reset in the wake of the pandemic, to focus on radical action to tackle climate justice, racial equality, ecological sustainability, and a just transition away from fossil fuels.

For years, Oil Change International and others have said that large swathes of fossil fuels have to stay in the ground, if we want a livable future. And now a growing idea is that, post COVID-19, we should have a new international treaty that sets out how large swathes of remaining fossil fuels would actually remain in the ground, with some arguing it would work similarly to the Nuclear Non-Proliferation Treaty.

As I write, those voices are active once again. Young activists are demanding urgent climate action as part of the Friday’s for Future movement across the world.

You must be the change you wish to see in the world…and I choose to be that change by fighting for #ClimateJustice today. #StopWetlandDegradation #ClimateActionNow #climatestrikeonline @Fridays4FutureU @fff_digital @Greenpeace @Greenpeaceafric @GretaThunberg pic.twitter.com/LUGpB2DYFG

But the system is broken. There may be tens of millions people demanding a just transition, but we live in a system of embedded cronyism, that rewards people closest to those in power.

Earlier this week, Public Citizen reported that “at least 40 lobbyists who are connected to President Donald J. Trump through his campaigns, inaugural committee, presidential transition team, or his administration have thus far lobbied on COVID-19 issues or indicated that they have signed up clients to do so.”

And often it is the fossil fuel industry which has the closest access to the ears and pockets of many governments, including the Trump administration.

Yesterday, I blogged about how a joint investigation by Documented and the Guardian had found that “over 5,600 fossil fuel companies have taken at least USD 3 billion in COVID-19 aid from the United States government.”

And now there is more worrying news. New research from the analysts at InfluenceMap reveals that the oil and gas sector has “dominated climate-related policy battles throughout COVID-19 crisis.”

InfluenceMap’s research has found what they term 121 instances of corporate and industry association “lobbying interventions” relevant both to COVID-19 and our climate emergency from March 1st to July 1st.

The vast majority of these are associated with fossil fuel companies. According to InfluenceMap: “The oil and gas sector has been both the most active and the most successful in its lobbying interventions to date, with 64% of lobbying engagements either completely or mostly successful, and a further 26% ongoing. The aviation sector has been similarly effective, with 63% of its lobbying engagements being either completely or mostly successful.”

He continued: “Unless this tactical lobbying is matched by the majority of large corporations messaging for a green recovery, the world risks returning to the status quo on climate or even backsliding.”