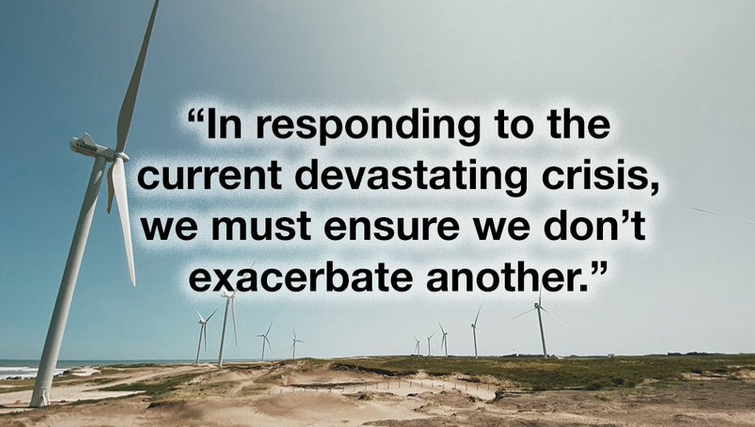 For those active in the climate and energy debate, it’s easy to understand how the actions of Big Oil companies like Shell, BP, and Exxon affect our collective future.

But there are equally important actors in the energy field that are less well known outside the policy area.

And the advice they give to governments and the forecasts they predict will be pivotal if we are to have a livable future.

One such organization is the International Energy Agency (IEA), often labeled the world’s energy watchdog. The IEA steers government thinking on energy with its reports and outputs, especially its iconic annual World Energy Outlook, which is seen as a key tool for governments and investors to not only predict the future, but also act on accordingly.

The scenarios included in the World Energy Outlook, in the words of Bloomberg “have become the bedrock of energy policy for governments around the world and provide key insights for global investors to check whether they are putting money in the right places.”

Sitting on the bedrock is the boss of the IEA, Fatih Birol. His own biography reflects the importance of his actions toward the energy debate. It says: “Dr. Birol has been named by Forbes Magazine among the most influential people on the world’s energy scene and was recognized by the Financial Times in 2017 as Energy Personality of the Year.”

Birol may be central to the energy debate, but he is not bold. Often the advice he and the IEA produces is flawed, as it is not commensurate with achieving climate change goals aligned with the UN Paris declaration, set to limit global temperature rise to 1.5 degrees C.

As many countries plan emergency recovery packages for COVID-19 crippled economies, campaigners and investors believe we have a once-in-a-generational chance to pivot those economies away from fossil fuels and toward renewables.

Many of those governments will be looking for advice from the IEA. Next month, the IEA is due to release a special World Energy Outlook report which will “quantify the economic and job-creation potential of building a more resilient and cleaner energy sector.”

The report will look at options for sustainable recoveries for economies from the COVID-19 pandemic. But the report and its advice is not predicted to align with the Paris goals, despite our climate emergency.

So now an open letter signed by some 80 signatories, including Oil Change International, along with Institutional Investors Group on Climate Change, whose members have EUR 30 trillion of assets under management and coordinated by Mission 2020, have written to Birol and the IEA.

The letter, which is not the first to try and get the IEA to become more ambitious, states that: “As you understand better than most, the world is grappling with three converging crises: the widespread health impacts and economic paralysis caused by COVID-19, the collapse in global oil prices, and the ever-looming and escalating climate emergency.”

It continues: “These crises have laid bare the structural fragility of a fossil fuel-driven economy. Yet if done right, the decisions governments make in the coming weeks and months could meaningfully address all of these challenges simultaneously to build a healthier, safer and more resilient future for all.”

The signatories argue that “with this historic opportunity in mind,” the following key recommendations are included:

The letter demanded that “bold, not incremental, action” is required from the IEA. Hopefully Dr. Birol and the IEA are listening. For all our futures may depend on their report next month.