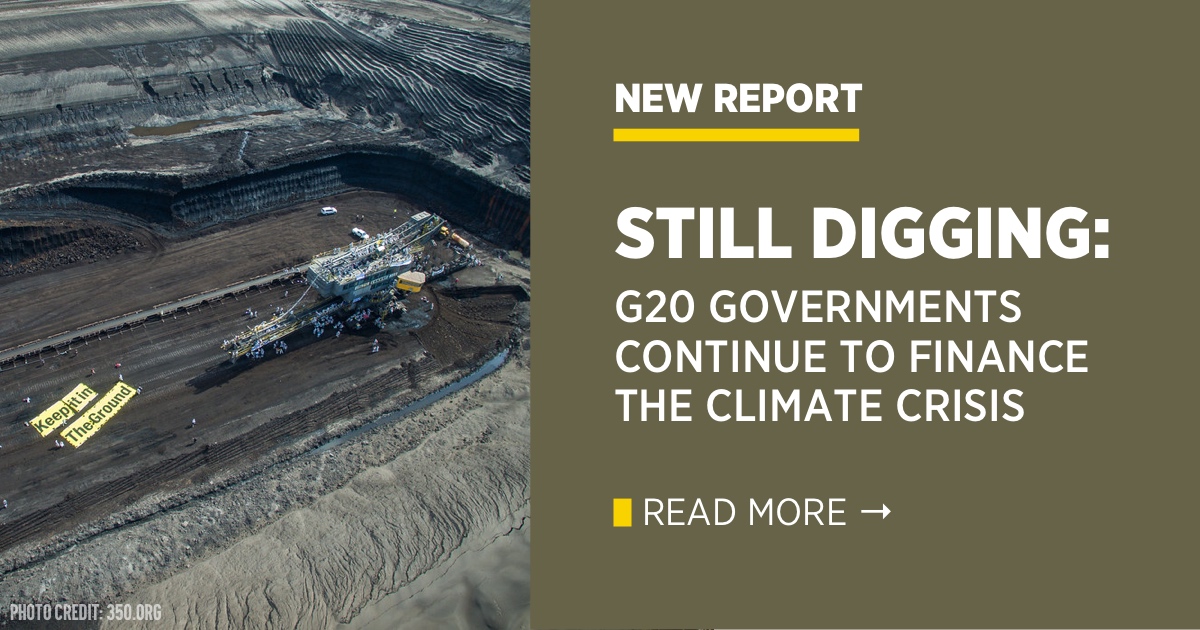 With the health and livelihoods of billions at risk from COVID-19, governments around the world are preparing public finance packages of a magnitude they previously deemed unthinkable. This report shows that without a dramatic departure from recent trends, these recovery packages are likely to spur another crisis. We find that since the Paris Agreement, G20 countries have acted directly counter to it by providing at least USD 77 billion a year in finance for oil, gas, and coal projects through their public finance institutions. If we are to limit warming to 1.5°C and avoid the worst of the climate crisis, we cannot afford to finance new fossil fuel projects.

Summarizing public finance flows for energy from bilateral G20 public finance institutions and multilateral development banks (MDBs) in the post-Paris period, this report compares figures from 2016 to 2018 to those from 2013 to 2015, which were originally published in our 2017 report Talk is Cheap. The report reveals that support for fossil fuels has not dropped since the Paris Agreement was made, with annual average support for coal from G20 countries increasing by $1.3 billion per year, and support for oil and gas staying steady at $64 billion a year, far from aligning their financing with what is necessary to limit warming to 1.5°C. Additionally, China, Japan, Canada, and South Korea were the largest providers of public finance to oil, gas, and coal with over two thirds of fossil fuel support from 2016 to 2018.

As governments prepare stimulus responses to COVID-19, G20 governments should direct the public’s money away from fossil fuels and toward climate solutions that will protect jobs and build a more resilient economy. In line with their relative wealth and historic responsibility, G20 governments must:

Read the blog post, “Why $77 billion a year in public finance for oil, gas, and coal is even worse than it sounds” here.