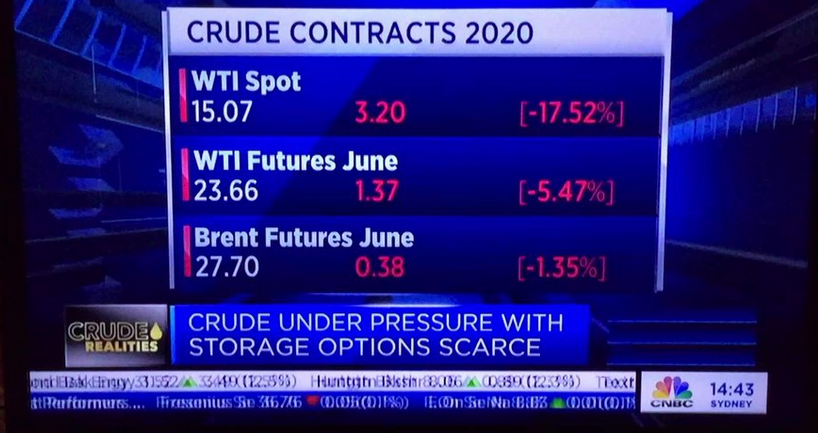 Sometimes hyperbole is overused, but more and more commentators are saying that the COVID-19 pandemic is going to fundamentally redefine the global oil industry, with many companies not surviving the pandemic at all.

Investors are going to lose billions of dollars, which could be much better and wiser spent on investing in a just clean transition. But will they listen before the lose?

The warning signs are growing.

BP reported its first quarter results yesterday, which were shredded by the pandemic. The company reported a USD $628 million loss, compared with a profit of $2 billion in the same period last year, with profits plunging two-thirds to $791m. For those investing in BP, the share price has fallen a third this year as betting on Big Oil continues to lose money.

Even for a company that prides itself on being a steady ship through stormy waters, the oil giant struggled to plot a post-COVID path to recovery. It warned investors it faces an “exceptional level of uncertainty” with “more sustained consequences” ahead. BP boss, Bernard Looney conceded the future was “unknowable.”

BP managed to maintain its dividend, but that came at a price with significant job losses predicted to come towards the end of the year. The company’s debt is now ballooning in size. As the Guardian reported the company’s debt has “climbed by almost $6 billion in recent months to reach $51.4 billion in the first quarter. Analysts expect it will continue to rise over the year.”

It is worth repeating that figure. The company is $50 billion in debt and with a collapsed oil price and a climate crisis, the debt will come not only at a heavy price to investors but to all of us.

Most analysts believe that the second quarter “will be dramatically worse” for BP and the other oil majors as the full fallout of the COVID-19 pandemic kicks in.

One, Nicholas Hyett, equity analyst at Hargreaves Lansdown, argued that “things look set to get worse before they get better,” for companies such as BP.

BP’s Looney conceded on CNBC that “Demand in the second quarter, we think, will be down around 16 million barrels per day worldwide this year. And that’s about five times the previous demand destruction which we saw in the global financial crisis in 2008 to 2009.”

BP is the first oil “supermajor” to report earnings, with Royal Dutch Shell, ExxonMobil, Chevron and Total all due in the coming days. What these companies look like at the end of the year is anyone’s guess. The safe money should be elsewhere.

Meanwhile some companies will not make the end of 2020. “Banks are preparing for a wave of oil bankruptcies by setting up their own oil companies to operate seized assets,” notes Andrew Logan, senior director of oil and gas at Ceres.

More and more companies are finding hard to acquire cash to keep afloat. No one now wants to give money to a company with no future. One oil company executive admits “No one wants to give us capital because we have all destroyed capital and created economic waste.”

You cannot underestimate that seismic shift going on as investors, often drunk on big oil profits, now just face uncertainty and loss. The oceans are awash with bobbing tankers full of oil, with no market to sell them. The industry is paralyzed by the pandemic. A third of current production needs to be shut in or the oil price will go negative again.

Andrew Logan from Ceres adds that “long after some semblance of stability is restored to the world economy, the industry’s downgrade in invest-ability threatens to be the longest-lasting and most consequential impact of the COVID-19 crisis on the oil and gas sector.”

As Bloomberg reports as the world runs out of places to store oil “The next chapter in the oil crisis is now inevitable: great swathes of the petroleum industry are about to start shutting down.”

Writing on the Oilprice.com website, Arthur E. Berman, a petroleum geologist with 36 years of oil and gas industry experience, and an expert on U.S. shale plays concurs: “The only option for many producers is to shut in their wells. That means no income. Most have considerable debt so bankruptcy is next.” He added: “There are few moments when we may truly say that things are different now. This is one of those moments… The game is over for oil.”

Indeed, Torbjorn Tornqvist, head of commodity trading giant Gunvor Group, said in an interview with Bloomberg: “We are moving into the end-game. Early-to-mid May could be the peak. We are weeks, not months, away from it.” And when it comes, the tax-payers’ of the world should not bail the big polluters out. It is that simple.