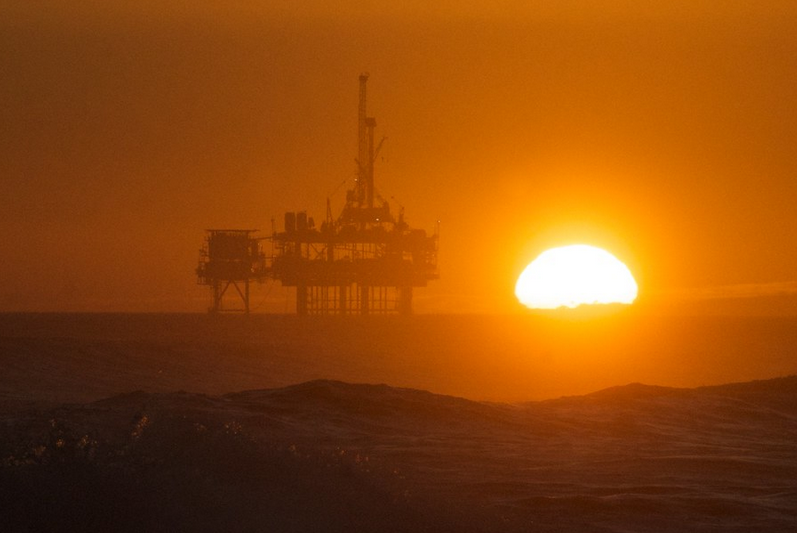 It is nearly one hundred years to the day since the late British Prime Minister, Lloyd George said “oil profits seem to find their way by some invisible pipeline into private pockets.”

In the century that has followed, the oil industry has been a sure safe bet for many investors to fill their private pockets, despite the public cost of that investment.

Until this year, many private investors still bet big on big oil, despite decades of evidence that our petrol-addiction was causing climate change. It makes no logical sense to carry on investing in a product that is collectively killing us – but that is what oil investors knowingly do.

And even as our climate crisis has grown, the private pockets grew wealthier. For the likes of the Koch brothers or Rupert Murdoch, they funded or disseminated climate denial in order to get even richer.

In normal times, today would have seen a major youth strike for the climate with millions of people taking to the streets across the world to demand radical climate action and a just transition towards renewables. They want a livable future.

Many of those activists are protesting but doing so at home as they are in lockdown. Hundreds of millions of us remain at home due to the COVID-19 pandemic. And every day we do, the future of the oil industry becomes more uncertain and less secure.

Big oil companies have dominated the century since Lloyd George and have collectively mislead and lied to us for decades on climate change. Yet even now, they want us to believe they are central to the climate fight that is to come in the years to come.

But there is a growing realization that as much as we are used to seeing the BPs, Shellsm and Exxons of this world, just because they dominated the last one hundred years, they will not dominate the next one hundred. Indeed, they may not make the end of this decade.

As the Financial Times reports today, “Big Oil faces new reality where ‘everything has changed.’” The paper reports that the “situation is dire.” Due to the pandemic, and the result drop in oil demand, “the international oil marker, Brent crude, has plunged nearly 70 percent since January. Shares in Shell, BP, France’s Total, Italy’s Eni and ExxonMobil of the US have fallen about 40 percent, with Chevron down 30 percent”.

That means that since the beginning of the year those private pockets have lost 40 percent of their investment value in companies such as Shell, BP, and Exxon. For institutional investors, whose holdings probably run into the hundreds of millions of dollars, that is a catastrophic collapse in their portfolio investment.

Right now the industry can’t even keep its spending plans on track and is burning cash in its own pockets before it can hand anything to the pockets of investors. Already the companies have had to announce $50 billion in cost cutting measures, which Reuters puts at about 23 percent.

The energy consultancy Wood Mackenzie told the FT that the biggest US and European oil and gas companies could “burn through $175bn of cash if oil prices remain low and Brent crude averages $38 a barrel over the next two years.”

Many investors will be eyeing the first quarter company reports which have started to be published and see what kind of dividend the oil companies will pay out to keep their investors happy. The old saying goes that big oil was always a safe bet.

Nick Stansbury, head of commodity research at Legal & General Investment Management, told the FT: “For investors, Big Oil has been able to transform an unbelievably volatile commodity into a smooth return.” This smooth return is everything. As Reuters reports it remains “the most important incentive for shareholders worth more than $40 billion combined last year.”

But those days have gone. The signs are not good. ENI has just reported its first year results and profits are down 94 percent. It is not alone, either.

The Financial Times adds that coronavirus has now forced the oil companies to “make trade-offs unthinkable just two months ago as they slash capital spending and operational costs, suspend share buyback programmes, delay project approvals, issue debt and secure new credit lines. Most majors until now have pulled out the stops to preserve their dividend — but Norway’s Equinor on Thursday became the first to cut its payouts.”

All the other companies face the same conundrum – keep their staff happy and employed, or keep their investors happy by giving big dividends. Increasingly, the industry will not be able to do both.

As the FT points out: “Industry executives say the biggest companies may face the dilemma of which to cut first — jobs or dividends — In a depressed market, the biggest western majors will struggle to earn enough to meet their dividend targets.”

If the companies cannot pay their dividends they risk losing the confidence of investors already under intense pressure from the climate divestment movement. To many investors and shareholders the dividend is everything. As one investor website says, the dividend “is the last bond of trust between the sector and investors.”

And if Big Oil is forced to break that once unbreakable bond, it really is in deep trouble. The outlook is so bleak for big oil that for companies, “this crisis is not just about short-term financial stability,” Colin Smith, analyst at Panmure Gordon tells the Financial Times “It’s a matter of long-term survivability.”

Yesterday, BP Chief Executive Officer, Bernard Looney admitted: “This remains a brutal business environment.” And all the indications are that it will remain so for a long while.

The days of private pockets being filled endlessly by black gold are gone. As the industry scrabbles for survival nor should there be any public bailout for Big Oil as Oil Change International has recently outlined in a briefing paper.