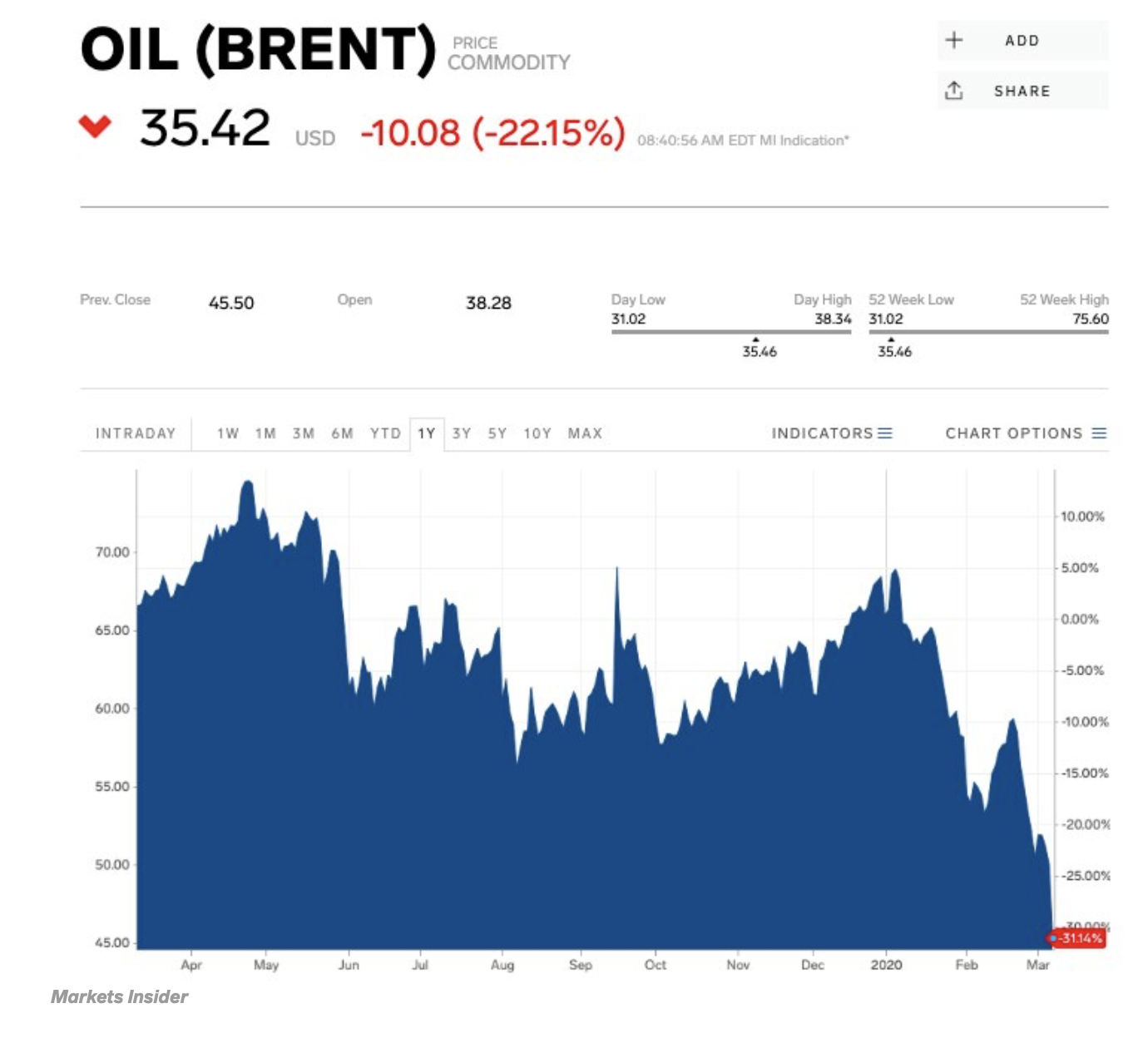 As COVID-19 becomes an official pandemic and oil prices plunge amidst a global price war, questions are emerging regarding the impact of these developments on climate and energy policy. Oil Change International experts offer the following statements and are available for further comment.

On the need for a managed phase-out of oil production to meet climate goals and provide social safeguards, Kelly Trout, senior research analyst, said:
“These wild swings in oil markets underscore how irresponsible it is for governments to let markets, let alone a global public health emergency, dictate the terms of an energy transition. The current environment is a no-win situation in which oil companies are likely to further squeeze workers to satisfy shareholders, and in which low oil prices will slow the shift to renewable alternatives. The result could be bad for workers and our climate in equal measure. Instead, we urgently need political leadership to put a stop to oil and gas expansion and manage the phase-out of fossil fuels in a predictable way, guided by both science and justice.”

On the outlook for the US shale market in the context of volatile international oil market, Lorne Stockman, senior research analyst, said:
“The oil price shock will claim casualties in the US shale plays, but it won’t put an end to the reckless expansion of fracking, particularly in the Permian Basin. While a rash of bankruptcies could slow expansion for a while, it will also trigger a fire sale of distressed assets that could lead to cheaper production in the long run. The carbon bomb that is the Permian Basin will only be diffused by policy action, rather than short-term market volatility.”

On government support of oil companies in the context of an oil price plunge, Alex Doukas, lead analyst, said:
“With oil prices in free fall, expect oil companies to turn to their age-old tactic of bullying governments for even more subsidies on top of the hundreds of billions they benefit from annually. Instead of more handouts to polluters, governments should make big investments in high-quality green jobs that will put people to work and ultimately end our dependence on the volatile fossil fuels that create climate chaos.”

On the impacts on high-cost producers and the need for a just transition, Hannah McKinnon, Energy Transitions and Futures program director, said:
“High-cost producers like Canada and Norway, wealthy countries with the resources to invest in a just transition, have no excuse for missing the plot again on the volatility of global oil markets. These countries must see the writing on the wall and respond appropriately in an era of global climate emergency. Governments have an urgent responsibility to manage the decline of the sector with a just transition that protects workers, communities, and the climate rather than desperately propping up an industry in terminal decline.”

To reach any of the above experts for further comment, please contact:
David Turnbull, Strategic Communications Director, david [at] priceofoil [dot] org