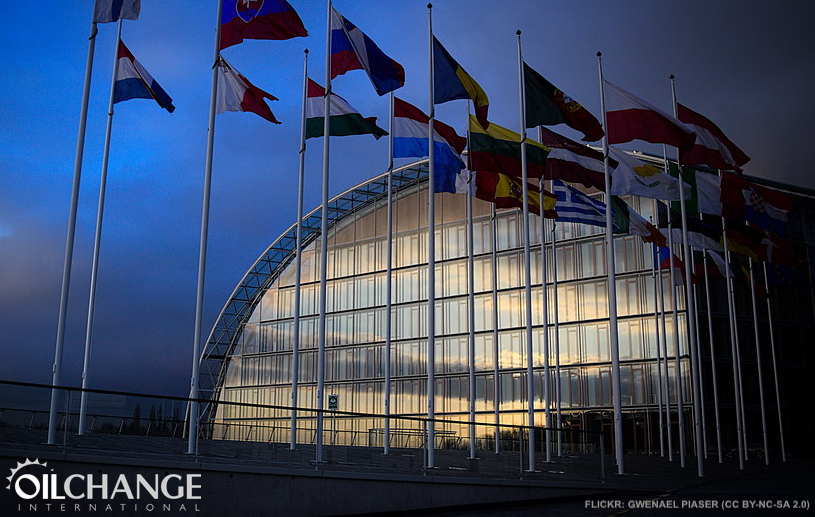 Last November, the European Parliament declared a climate emergency, calling on the European Commission to ensure that “budgetary proposals are fully aligned with the objective of limiting global warming to under 1.5°C.”

Three months later, the Parliament will vote on a list of priority energy infrastructure projects eligible for EU funding, including potential funding from the European Investment Bank (EIB). On the list are 55 fossil gas projects worth EUR 29 billion that are not only incompatible with the EU’s climate goals, but also are unneeded for EU energy security. If the EU Parliament is serious about the climate emergency, it must vote to reject these projects on Wednesday, February 12. We call on YOU to help us get this message across to EU parliamentarians ahead of the vote tomorrow.

The evidence is clear: the gas projects on the so-called Projects of Common Interests (PCI) list are not only a climate disaster, they are unnecessary from a security of supply point of view and risk wasting billions in taxpayer money on future stranded assets. These gas projects clearly do not serve the common interest, so whose interest do they serve? Well, we can make an educated guess.

The methodology for choosing the PCI projects is based on the work of European Network of Transmission System Operators for Gas (ENTSOG), which owns 75% of the gas projects on the list. And while ignoring the evidence showing the contrary, Eurogas, the EU gas industry association, continues to claim that the gas projects are needed to ensure security of supply. The list is based on a 2013 regulation that does not consider the Paris Agreement nor the European Green Deal launched in December and, as a consequence, the projects on the list did not undergo a climate impact assessment.

The choice of investments are not independent of the gas industry: the methodology for choosing PCI projects is based on the work of ENTSOG… which owns 75% of the gas projects in the current PCI list!@BotengaM @czorrinho
That's why we need to #stoplobbies
Right @MarkRuffalo ?!

The gas projects do not only make no economic and political sense, but are also facing opposition from local communities and campaign organizations. The Eastmed pipeline in Cyprus, Greece, Italy, and Israel, and the Trans Adriatic Pipeline (TAP) in Italy have been heavily protested because they harm local tourism and the agriculture industry. Additionally, LNG terminals on the list are facing opposition in Ireland and Croatia, with the latter project being fraught with allegations of corruption.

Local municipalities in Greece are opposed to the EastMed pipeline #PCI which conflicts with the local tourism and agriculture industries ?? Protect communities from unnecessary infrastructure and stranded assets, vote against the #PCIList! @MariaSpyraki @EvaKaili @ElenaKountara pic.twitter.com/UH2cn3z37T

Just in case climate, poor economics, and local resistance were not enough to convince EU parliamentarians to reject the PCI list, last week Hollywood character the Hulk (actor Mark Ruffalo) showed up in Brussels to urge them to vote against it. He warned the EU Parliament that is not just EU communities, but also US communities which would be harmed as proposed Liquified Natural Gas (LNG) terminals would lead to an increase in imports of fracked gas from the United States (US).

In November last year, we celebrated a major victory when the European Investment Bank announced that it would end fossil fuel lending by 2021. It was followed by an approval of the European Green Deal in December and a 7.5 billion euros just transition fund for the next ten years. But an approval of the PCI list, as MEP Pascal Canfin explained to Euractiv, would mean that the Commission risks giving 4 euros to the financing of gas projects for every euro given to the just transition fund.

With the Progressive Alliance of Socialists & Democrats (S&D) debating the issue tonight, and the EU parliament vote taking place tomorrow there is still time to call upon EU leaders to do the right thing and make sure that EU taxpayers’ money supports a just transition rather than global heating and future stranded assets. 350 has launched a webpage that enables easy tweeting at key European Parliamentarians and Food & Water Watch Europe has developed a social media pack and sample emails for the final push. Get on it and tell the EU to act on the climate emergency and #StopFundingFossils.