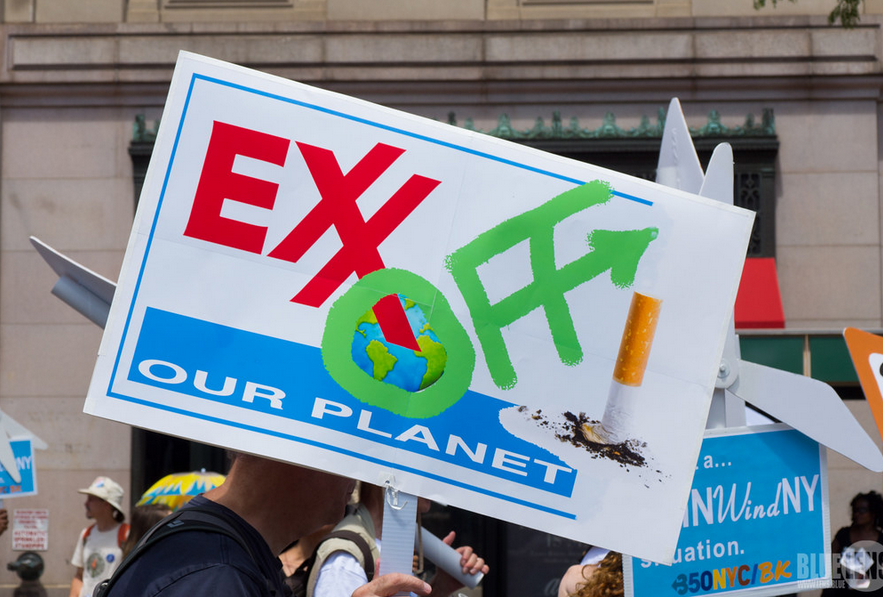 We know that is a lie. We know that the fossil fuel industry has no real solutions and that we need to transition to renewables as fast as possible. But the lies continue: Industry says gas is “greener” than oil and therefore somehow better for us to use.

Back in May, Oil Change International issued a report with other NGO’s outlining how gas is not a bridge fuel and is not “green”. While the report focused on reasons other than methane, we also know that fossil gas risks significantly large methane leaks, a highly potent greenhouse gas.

The report briefly mentions that “Methane leaks from every part of the gas supply chain”, and that several studies “have found that in the United States, especially, where gas production has been growing the fastest for most of the past decade, government estimates of methane leakage rates from oil and gas infrastructure underestimate the problem.”

And now new scientific evidence, published this week, outlines further evidence of why gas is not a bridge fuel. The academic study, published in the Proceedings of the National Academy of Sciences, used satellite measurements to measure atmospheric emissions of methane emission from a natural gas well blowout in Ohio in 2018.

The well is owned by a subsidiary of Exxon, XTO Energy, and the blowout happened in February 2018 lasting twenty days. It was so large it was visible from space.

When the scientists measured how much methane had been emitted, their conclusion was staggering. The well blowout was essentially a “super-emitter” of methane, and one of the largest ever recorded in the USA. The report reveals, “Assuming a constant emission rate during the whole event, we find the total methane emission from the 20 day blowout to be equivalent to a substantial fraction of the annual total anthropogenic emission of several European countries.”

The scientists argue that the blowout spewed 60 kilotons of methane into the atmosphere, more that the reported emissions of the oil and gas industries of countries like Norway and France.

In response, Exxon pathetically said it could not accurately measure how much methane had been emitted.

The authors concluded that the study shows how methane emissions “from large gas leakages due to accidents in the oil and gas sector can escape the greenhouse gas emission accounting system, adding a significant source of uncertainty to the annual estimates reported to the United Nations Framework Convention on Climate Change.”

Replying to the study, Leann Leiter, from Earthworks’ told the Washington Post that the study validated what critics have been saying for years: “that oil and gas methane pollution is higher than what regulators and operators are reporting to the public.”

Incredibly, in 2019, we still have no reliable data on global methane emissions. “Right now, you have one-off reports, but we have no estimate globally of how frequently these things happen,” said Dr. Steven Hamburg of the Environmental Defense Fund, who also worked on the report.

Hamburg added: “Is this a once a year kind of event? Once a week? Once a day? Knowing that will make a big difference in trying to fully understand what the aggregate emissions are from oil and gas.”