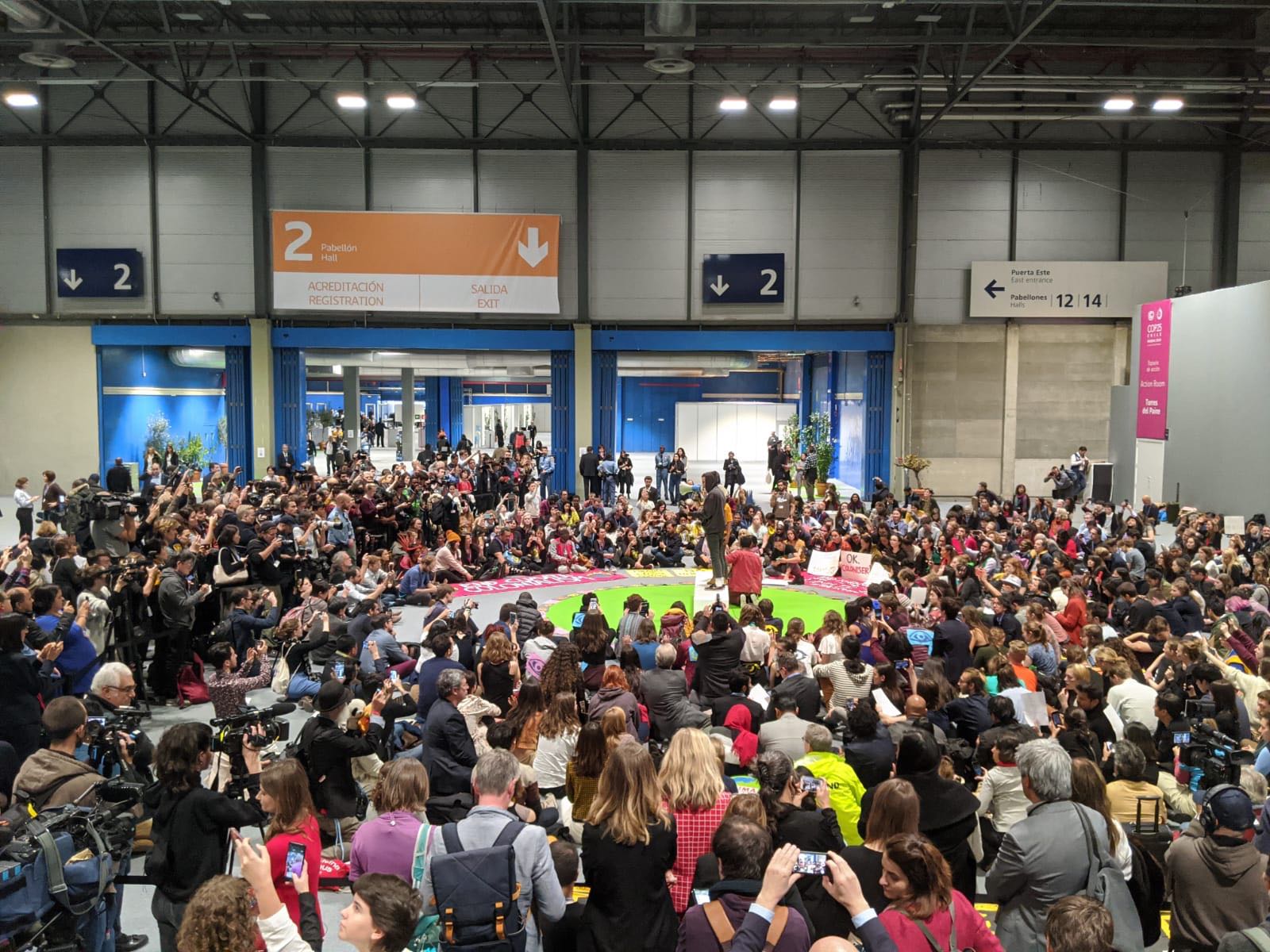 MADRID, SPAIN — After nearly two full weeks of negotiations, the United Nations COP 25 climate talks drew to a close in Madrid today with little progress toward a just and ambitious agreement. The world’s governments, led by rich and industrialised countries, displayed a disheartening lack of ambition and commitment on key issues such as carbon market rules and a framework for loss and damage, delaying many of these decisions to future negotiations while the climate crisis intensifies by the day.

“COP 25’s failure to deliver a just and ambitious outcome is a reminder of the corrosive and deadly influence of Big Oil, Gas, and Coal. But the past two weeks also showcased the indomitable spirit of those fighting for climate justice for decades and the growing resolve of a new generation that will not accept half-measures.

“We are living a climate emergency, and anything short of phasing out fossil fuel production with a just and equitable transition is scandalous. Rich and industrialised governments have once again failed to stand up to polluters, wreaking havoc on billions of lives and livelihoods.

“As we head into a critical year, we must look to the strength and leadership of those on the frontlines of the climate crisis and fossil fuel extraction. People-powered movements outside these halls have unstoppable momentum, and 1.5ºC is non-negotiable.”