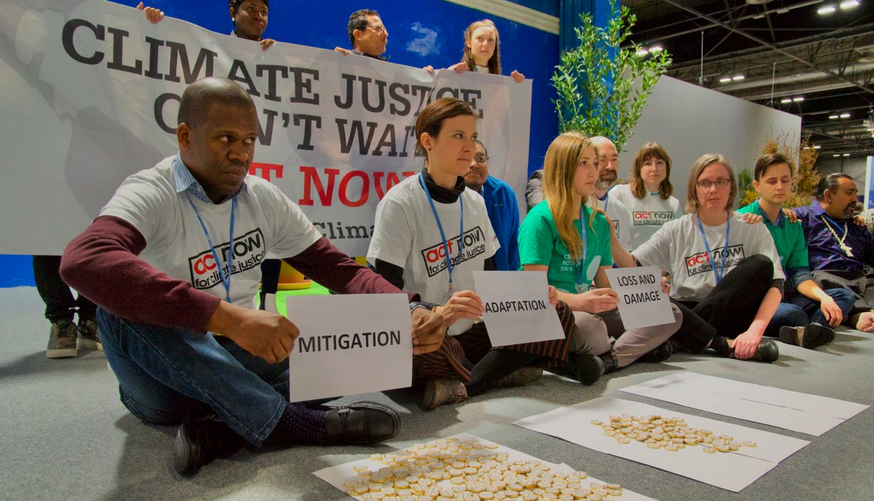 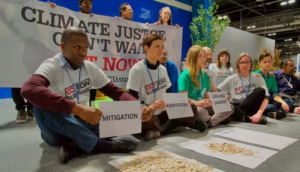 As yet another UN climate summit draws to a close without showing any real sense of urgency commensurate to our climate emergency, observers have criticized the UN process for being in a “parallel universe” where those with the most to lose have no voice and countries ignore the urgency of the crisis.

They have also criticized key public financial institutions for not sticking to climate pledges they made two years ago.

The climate emergency and unprecedented mobilizations that happened around the world this year have not yet translated into more just or ambitious outcomes at COP25. AFP reported that “delegates and observers admitted there had been scarce progress over a number of contentious issues,” especially compared to previous years when the social mandate to act was not as deafening.

The BBC added that “serious disagreements have emerged over how much carbon-cutting the major emitters should undertake,” with the talks “bogged down in rows over key technical issues.”

Delegates and campaigners are in despair. Carlos Fuller, the chief negotiator for the Alliance of Small Island States (AOSIS), representing some of the most vulnerable nations at risk from climate change, said: “We are appalled at the state of negotiations — at this stage we are being cornered, we fear having to concede on too many issues that would undermine the very integrity of the Paris agreement.”

He added: “What’s before us is a level of compromise so profound that it underscores a lack of ambition, seriousness about the climate emergency and the urgent need to secure the fate of our islands.”

Abishek Shrestha from the Asian People’s Movement on Debt and Development (APMDD), also told the AFP that “They have to see that this is life and death. They have to step up, and pay up. Rich countries have been blocking discussion on climate finance and it’s not acceptable.”

Jean Su, energy director for the Center for Biological Diversity, told AFP: “Action from these halls has been resoundingly absent when we are hitting the peak of our climate emergency.”

Rhoda Boateng of the International Trade Union Confederation added the talks were “like a parallel universe”.

Alongside the formal negotiations, the nine Multilateral Development Banks (MDBs) were also due to make progress on a 2017 promise to align their financial flows with a 1.5°C pathway this year at COP25. The Big Shift Global Campaign, made up of over forty civil society organizations including Oil Change International, were critical of the group’s announcement for failing to deliver any concrete updates.

The group of banks, which includes the World Bank, the Asian Development Bank, and the Inter-American Development Bank among others, indicated that full implementation of their framework will not occur until 2023-2024. They also did not release anticipated criteria for how they will determine whether projects are Paris-aligned.

This means they have failed to meet any of the criteria the Big Shift Global Coalition had included in an open letter to the heads of the MDBs ahead of COP25:

Bronwen Tucker, an analyst at OCI, spoke on behalf of the Big Shift Global Coalition in their statement following the MDBs’ join event: “the announcement reinforced the message that MDBs are not on track to deliver on Paris Alignment … As public banks with a mandate for sustainable development, these institutions should be leading the charge and providing clear signals to private finance institutions that we can no longer afford to fund oil, gas, and coal projects.”

She also took to Twitter to criticize what was going on:

k this powerpoint slide is straight up ART. Two years ago the world's biggest public banks said they'd align their finance w/ 1.5°C. They still didn't have anything concrete to say at #COP25 so they used diagrams like this to string out their non-announcement to !over an hour! https://t.co/ixw6vWWMwe

Dr. Alejandro Gonzalez Fernandez, Climate Change Advisor at Christian Aid, another member of the coalition, added “Civil society is calling on the MDBs to redouble their efforts and to meet and exceed the EIB’s lead in committing to phase out finance for all fossil fuels.”

He continued: “In particular, we call on MDBs to jointly commit to end support for oil, gas, and coal by the end of 2020, rapidly scale up investments in renewables and energy access, and undertake transparent reporting on finance levels and portfolio emissions.”