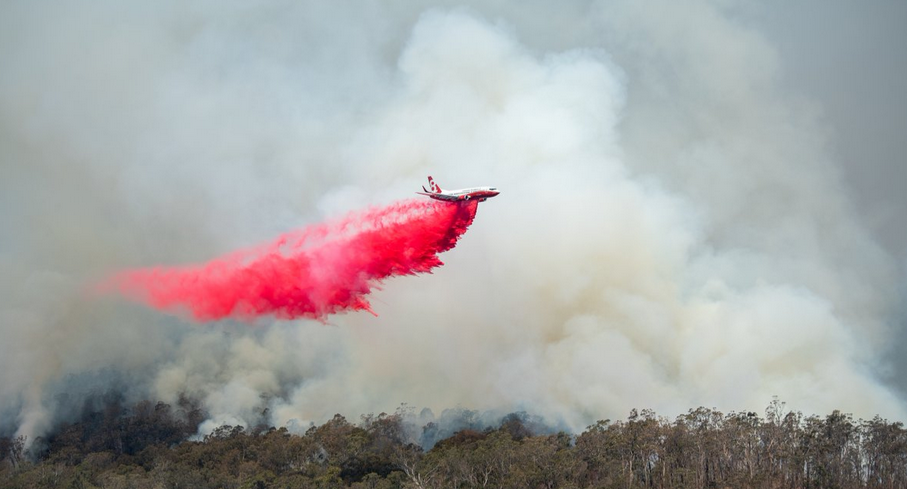 The bush fires in Australia continue to rage and although the fires are currently seen as catastrophic and unprecedented, the worst could still be yet to come.

Indeed, the Chief of the New South Wales Service has said it could even be months before the region’s fires are under control.

The coming days will bring no respite – with high temperatures and unpredictable winds continuing to fan the flames. Although the fire season has only just started, already four times the amount of land that burnt last year is ablaze.

The toll so far is already horrific with three people killed, hundreds of homes raised to the ground, hundreds of schools closed, and countless other communities forced to flee the flames and toxic smoke. An unknown quantity of livestock and wildlife have been decimated too.

Shane Fitzsimmons, the commissioner of the NSW rural fire services, said: “The real challenge is we have an enormous amount of country that is still alight. They won’t have this out for days, weeks, months. Unfortunately the forecast is nothing but above-average temperatures and below-average rainfall over the next few months and we’ve still got summer around the corner.”

The long term fire forecast for Australia could be bleak according to a former fire chief from California. Ken Pimlott, was the head of the California Department of Forestry and Fire Protection. He says that “these are the future fires” which will become the “new normal” for Australia.

Pimlott told the Sydney Morning Herald that it “would be helpful” if both sides of politics in the two countries were “singing the same tune” about the impact of climate change on fire behavior and firefighting. “People need to recognize that this is not a short-term crisis. All the trends are going the same way,” he added.

But amongst the climate carnage is climate silence from the Australian Government.

As the Guardian reports: “The prime minister, Scott Morrison – whose conservative coalition government has been consistently criticized over its support for coal-mining and power plants, inaction on climate change, and Australia’s rising carbon emissions – has refused to answer questions on climate change worsening fires.”

His deputy prime minister, Michael McCormack has caused widespread criticism for saying that the victims of the fires “don’t need the ravings of some pure, enlightened and woke capital city greenies at this time.”

Furthermore, they argue that the greens are responsible for the land management problems, lack of controlled burning, and additional bureaucracy that have led to the fires. All these arguments are baloney.

Professor Ross Bradstock, the director of the center for environmental risk management of bushfires at the University of Wollongong, who has been researching bushfires for decades, told the Guardian: “These are very tired and very old conspiracy theories that get a run after most major fires. They’ve been extensively dealt with in many inquiries.”

In contrast we know the link between rising carbon dioxide levels and increased bushfire risk is “complex but, according to major science agencies, clear”, reports the Guardian.

“Climate change does not create bushfires but it can and does make them worse. A number of factors contribute to bushfire risk, including temperature, fuel load, dryness, wind speed and humidity.”, the paper notes, reflecting the scientific consensus.

Furthermore, Australia’s response to climate change has been criticized by the G20 in its “Brown to Green” report.

The report slammed the country, stating Australia’s greenhouse gas (GHG) emissions are, per capita, “well above the G20 average.” Moreover, Australia “is not on track for a 1.5°C world, nor even on track for its insufficient 2030 NDC target.”

The country was exposed “economically, politically and environmentally”, due to its lack of progress on climate. The chief executive of Climate Analytics, Bill Hare, a co-author of the report, told Guardian Australia: “Australia is behind [on] climate action in nearly every dimension. Australia’s emissions are increasing and there’s virtually no policy in place to reduce them.”

Hare added that: “The country is led by politicians who in one way or another deny either the science or are de facto denying it, and actively and wilfully opposing or obstructing climate policies.”

And there is the irony and brutal contradiction. Parts of America burn and yet the country is led by die-hard climate deniers; Australia burns but it too is led by fossil fuel dinosaurs.

Maybe they should both read a recent piece in Time magazine that starts with the line that: “You’d think the end of the world would be enough to get us scared… when it comes to the loss of the entire planet, well, we ought to take action. And yet we don’t; we never do.”

Earlier today, there was a protest in Sydney by people demanding greater action on climate change. One of those to take part was Aaron Crowe, 38, who lost his two-bedroom home in NSW’s mid-north coast. During the rally he tipped some of the charred remnants of his house onto the pavement outside the parliament. He told the crowd: “In this bucket is my house.”

As our politicians fail to take the urgent action needed that is commensurate to the problem, we must come together and fight: Fight for our homes, our communities, our wildlife and our wild places.