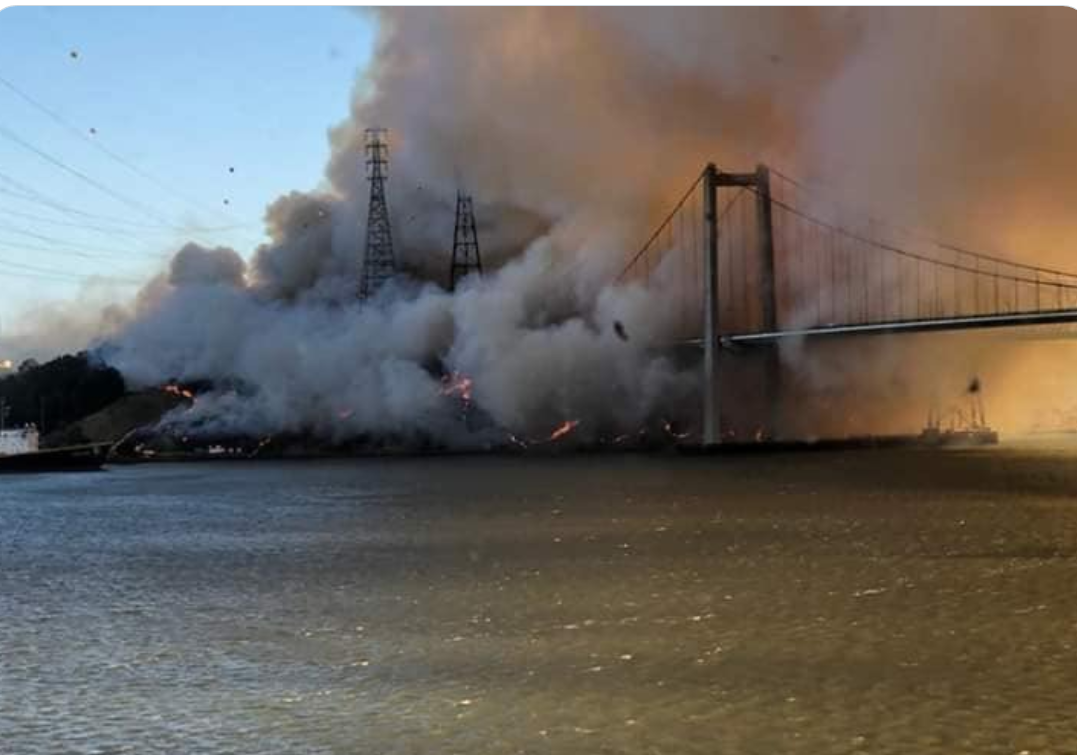 Right now, many parts of California are ablaze, fueled by high winds and tinder-dry conditions.

There are already 18 wildfires burning in the state, some close to Los Angeles and a largest one, the Kincade Fire, to the north of San Francisco in Somona County.

The most recent fire is the Getty Fire, which erupted in the early hours of this morning near the Getty Museum in downtown Los Angeles.

The fire is burning in parts of some of LA’s most famous neighborhoods, such as Bel Air, just north of Beverly Hills. Evacuation warnings have been issued along iconic LA streets such as Mulholland Drive and Sunset Boulevard. The fire is spreading fast.

It is no wonder that yesterday, California’s governor declared a statewide emergency, with mandatory evacuations in force affecting nearly 180,000 people. Millions more are without power.

Craig Clements, a fire meteorologist at San Jose State University, told the Washington Post: “This is probably one of the biggest weather incidents in California history”. It is also the new normal for many living in California.

A few hours later, the fire had reached 66,231 acres and remained only 5% contained. Due to the fire, all 40 Sonoma County public school districts are closed today and tomorrow.

One of the most harrowing images of the fires was the picture of the Glencove wildfire that jumped across the Carquinez Strait (see main image) and at one stage looked like it was engulfing the bridge across the strait. One person even tweeted footage of crossing the bridge, engulfed by smoke, moments before it was closed.

In response to image of the bridge, Democratic Congresswoman and climate champion, Rep.  Alexandria Ocasio-Cortez, tweeted:

The GOP like to mock scientific warnings about climate change as exaggeration. But just look around: it’s already starting.

We have 10 years to cut carbon emissions in half. If we don’t, scenes like this can get much worse. #GreenNewDeal https://t.co/GNvk7DYFJT

The sunrise movement responded to the same image, by tweeting:

This is a #ClimateEmergency.

We need a #GreenNewDeal. https://t.co/xyQWZRR3Ys

Indeed, how many more warnings do we need? We need bold solutions fast that radically reshape our energy supply system.

Writing in Vox, Dave Roberts added that the solution to the fires, and blackouts is “accelerating the evolution from a centralized, top-down, long-distance, one-way energy system to a more decentralized, bottom-up, local, networked system. In the energy world, this is summed up as a more distributed energy system. It puts more power, both electrical and political, in local hands.”

Despite the fires, California continues as a major oil-producing state. Previous Governor, Jerry Brown, famously resisted demands to ramp down oil production in the state, and while current Governor Newsom has made some statements suggesting he’s more open to taking such steps, concrete action remains unseen.

But pressure continues to grow, with the Last Chance Alliance having swelled to hundreds of organizations from around the world demanding that the California governor take serious steps to protect communities and the climate from the damages of oil production in the state.

California could lead the way. How many more wildfires will it take before it does?